For decades, Porsche has created some of the most intriguing and desirable road cars on the planet. But even with all that excellence, there are still certain machines that stand out from that very exemplary crowd.

The ingenious and complex 4 cam 356, the original 911, and then the 1973 RS from there were a collection of world-class cars. In 1992 the RS designation appeared again in the form of a European market lightweight rear-wheel drive 964 based on the Carrera Cup race car.

The US did not get the benefit of this one as Porsche North America felt the tuning was a bit too aggressive for the American market. Thanks a-lot!

Then came 1995, and a real standout raised its racey head.

The History of the 1995 Porsche RS 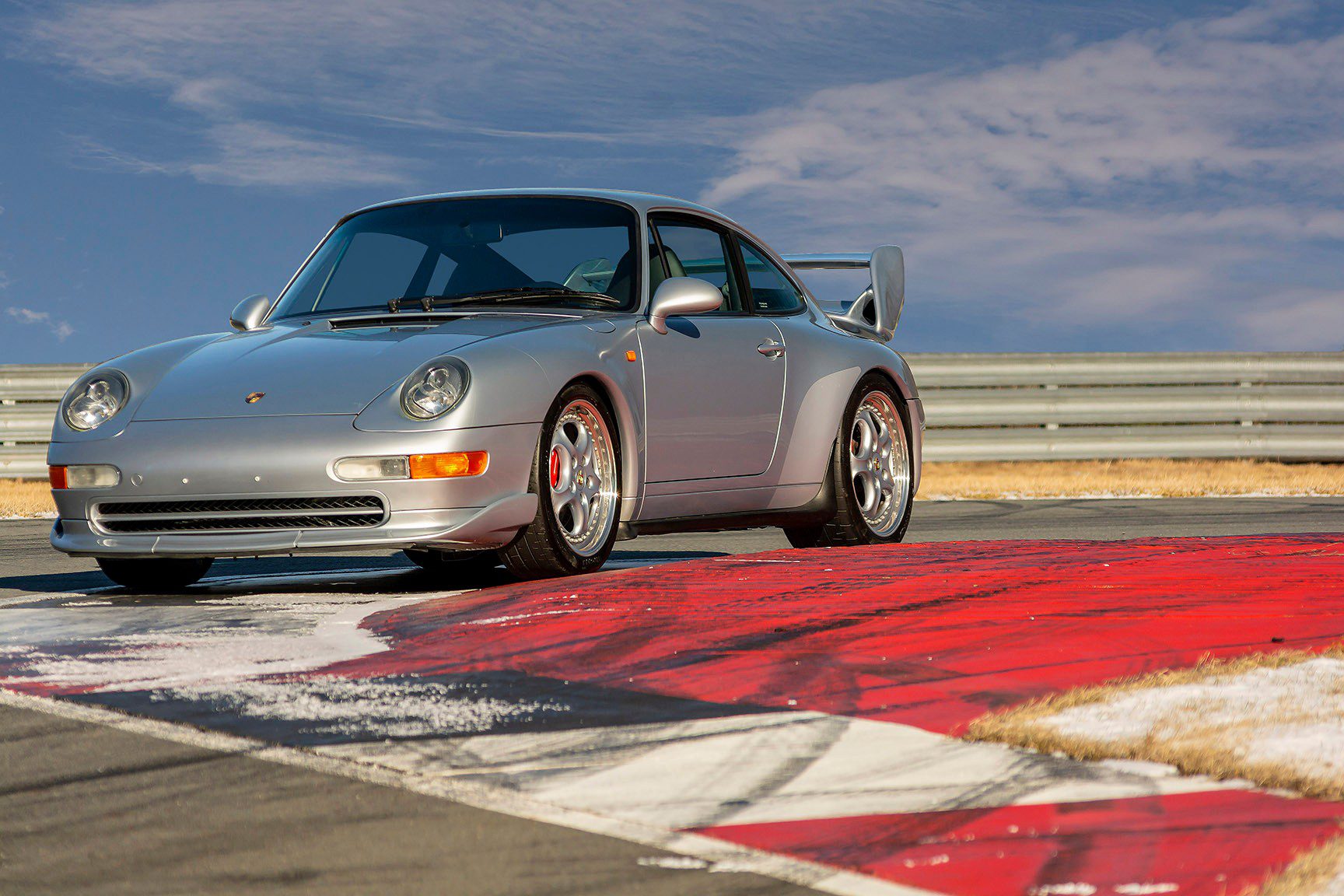 The Porsche 993 was a total redesign from the Porsche 964 and it would also be the last of the line of air-cooled Porsches. The air-cooled swan song was going to be a good one because the RS designation returned at full throttle. 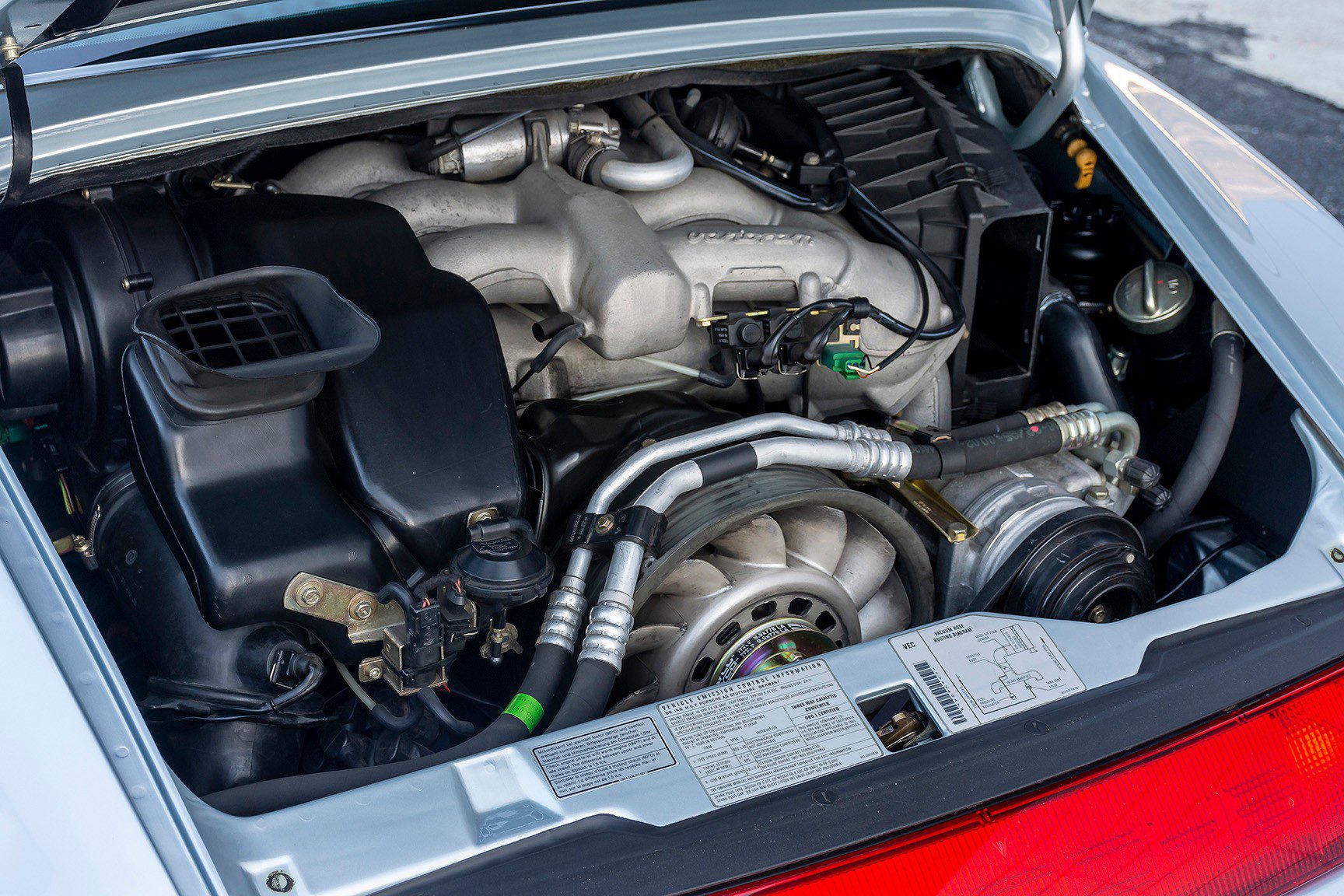 Again the 95 RS was based on the Carrera Cup competition car, it was created in numbers (1000 examples) to homologate the 3.8 RSR into BPR GT3 and GT4 racing, again the US was refused this unique gift.

The factory was fanatical about making the latest RS as light as possible. Practically everything that wasn’t necessary was tossed aside. Gone was the central locking system along with the power adjustable seats, electric windows and mirrors, sound insulation, rear defroster, even thinner glass, and an aluminum trunk lid and doors with lightweight door panels with fabric door pulls. This reduced the weight down to a sleek 1,289 kilograms.

Some creature comforts and safety items could be added as options, such as AC, Stereo, electric windows, and airbags. 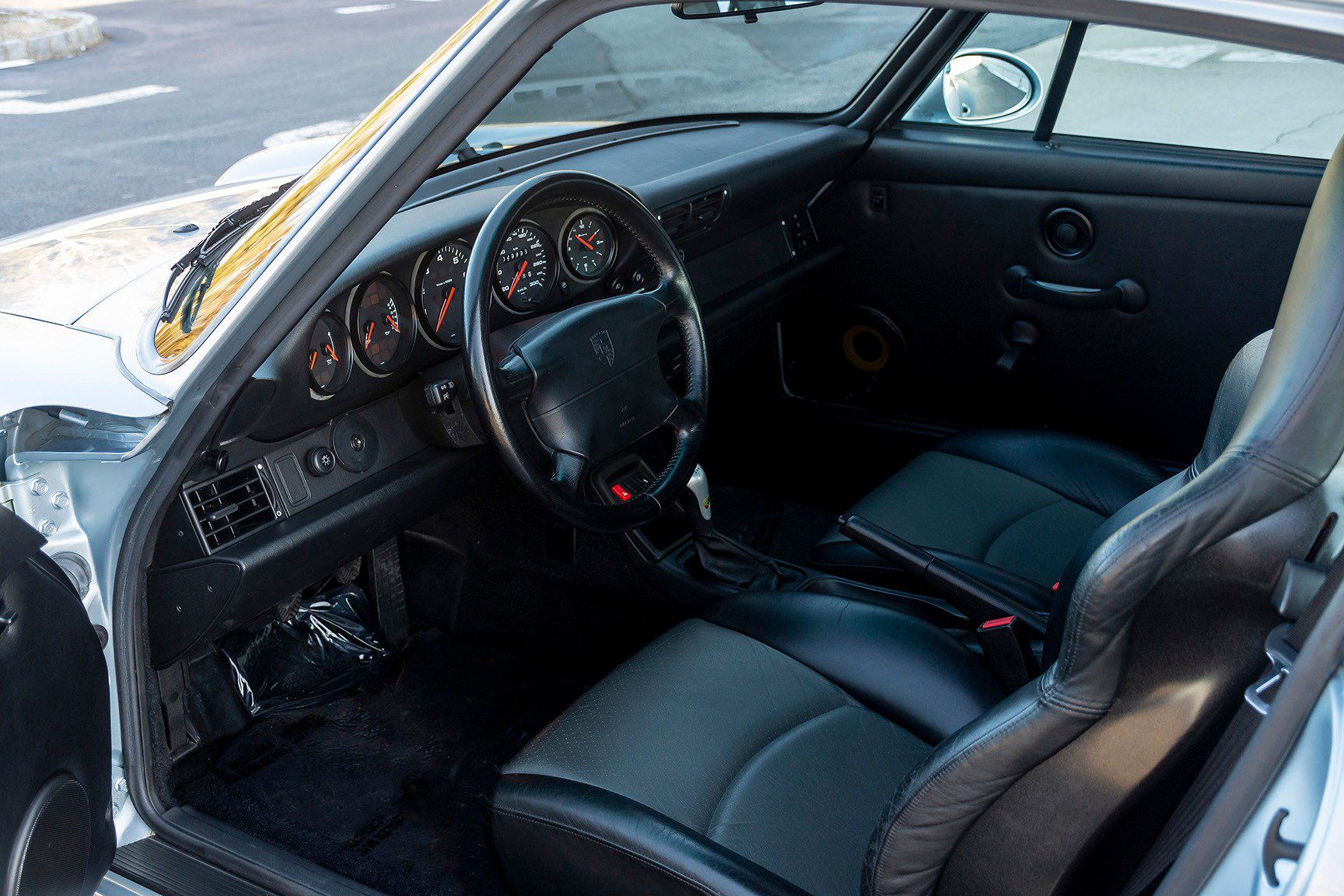 At the heart of the 95 RS is a naturally aspirated 3.8 liter flat six that boasts multiple improvements over the previous 3.6 motor. This allows the 3.8 (Type M64/20) to produce 300 brake horsepower at 6,500 rpm and 262 foot-pounds of torque at 5,400 rpm, with extra low-end grunt courtesy of the extra displacement.

It is fitted with Porsche’s innovative Variocam variable-length intake system and also features newly designed forged pistons of a reduced height and a relocated wrist-pin, this keeps the piston weight under the standard 3.8-liter engine. The new engine also sports dual oil coolers and lightened rocker arms. All this is kept in check by a Motronic engine management system.

For good measure, a limited slip diff was added along with 322 mm cross drilled and ventilated discs

Did you miss our previous article…
https://www.mansbrand.com/one-of-one-la-voiture-noire-sculpture-from-bugatti-asprey-collaboration/