Growing up, Donington Park was my local circuit, the first place I ever really experienced motorsport first hand, the sights, sounds and smells of finely prepared race cars, the thrill of last lap battles and late lunges on the brakes.

The oft-recalled drive of Ayrton Senna in 1993, setting a ferocious pace in the iconic red and white liveried Mclaren was one of the highlights of my younger days, so the opportunity to once again reminisce over those glorious days, as the Masters Racing Legends and their grid of DFV engined Formula One cars returned to Donington Park last weekend, Steve Hartley notably in a Marlboro Mclaren, albeit the MP4/1 amongst the field, once again rekindling fond memories of ‘93 to those in attendance.

The first of three visits to the UK in for the Masters Racing Legends, and one of five Masters Historic Racing participations in the UK this year, a forecast for wall to wall sunshine on a Bank Holiday weekend seemed too good to be true. Arriving early as the gates first opened on Saturday, I was not to be disappointed, as glorious light poured into the paddocks, teams already hard at work fettling and making last minute adjustments before the track opened and qualifying sessions commenced. 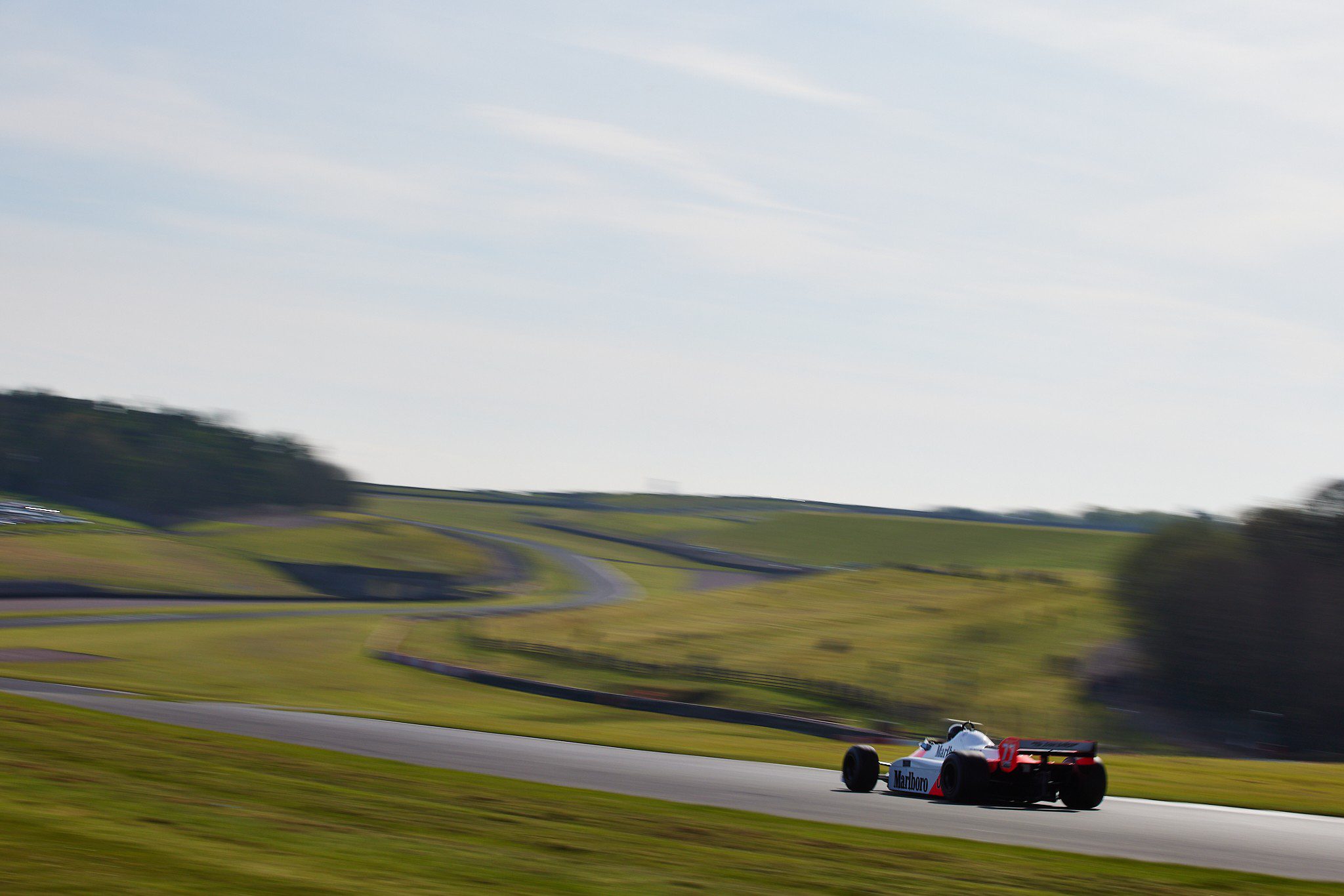 In a wonderful moment of authenticity, the qualifying session on Saturday morning ended with Ken Tyrrell taking an unlikely pole in the ever-gorgeous Tyrrell 011. Narrowly posting the fastest time, Tyrrell was closely tailed by the perennially quick Martin Stretton, with David Shaw in the Arrows A4 and Steve Hartley’s Mclaren, all posting times within a second of that of Tyrrell.

In the first of two races over the weekend, Tyrrell succumbed to the pressure from the chasing pack. Stretton in the Tyrrell 012 stretching out an early lead over the Mclaren of Hartley. The Mclaren was seemingly enjoying the warm track conditions, and looked to threaten for a number of laps, as the pressure mounted, before in a sublime penultimate lap challenge, making the move that gained him the race win, passing Stretton on the start/finish straight. 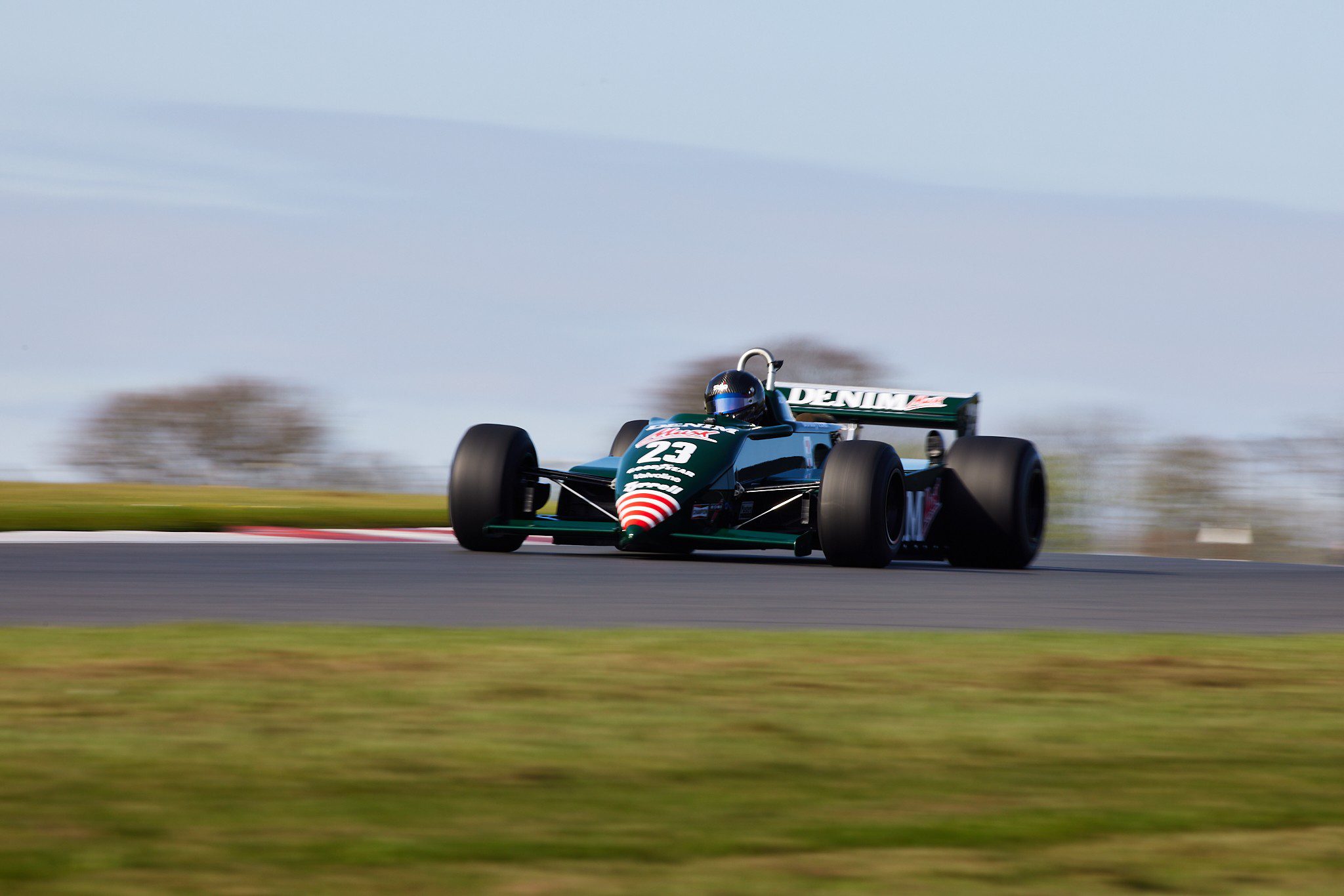 Similar fortune did not befall Hartley in the second race of the weekend, with a mechanical issue forcing his retirement on the first lap. Stretton, who started from the pitlane, constructed an inspired drive to cut his way through the field, to join the fight for a podium with the duelling Lotuses of Kubota and Brooks, both engaged in a compelling battle at the head of the field.

Stretton’s pace ultimately proving too much for the two, freeing him to chase after the leading Greg Thornton, with the race ultimately coming down to the final few minutes, Stretton easing his Tyrrell 012 past Thornton to expertly manage the last couple of laps, before taking the chequered flag.

Two wonderful races, packed with drama and tension, a reminder, if one were needed, that the effortless grace with which the F1 cars of yesteryear apply their power to the Donington tarmac, is always a thing of wonder, and for me will never lose its magic. 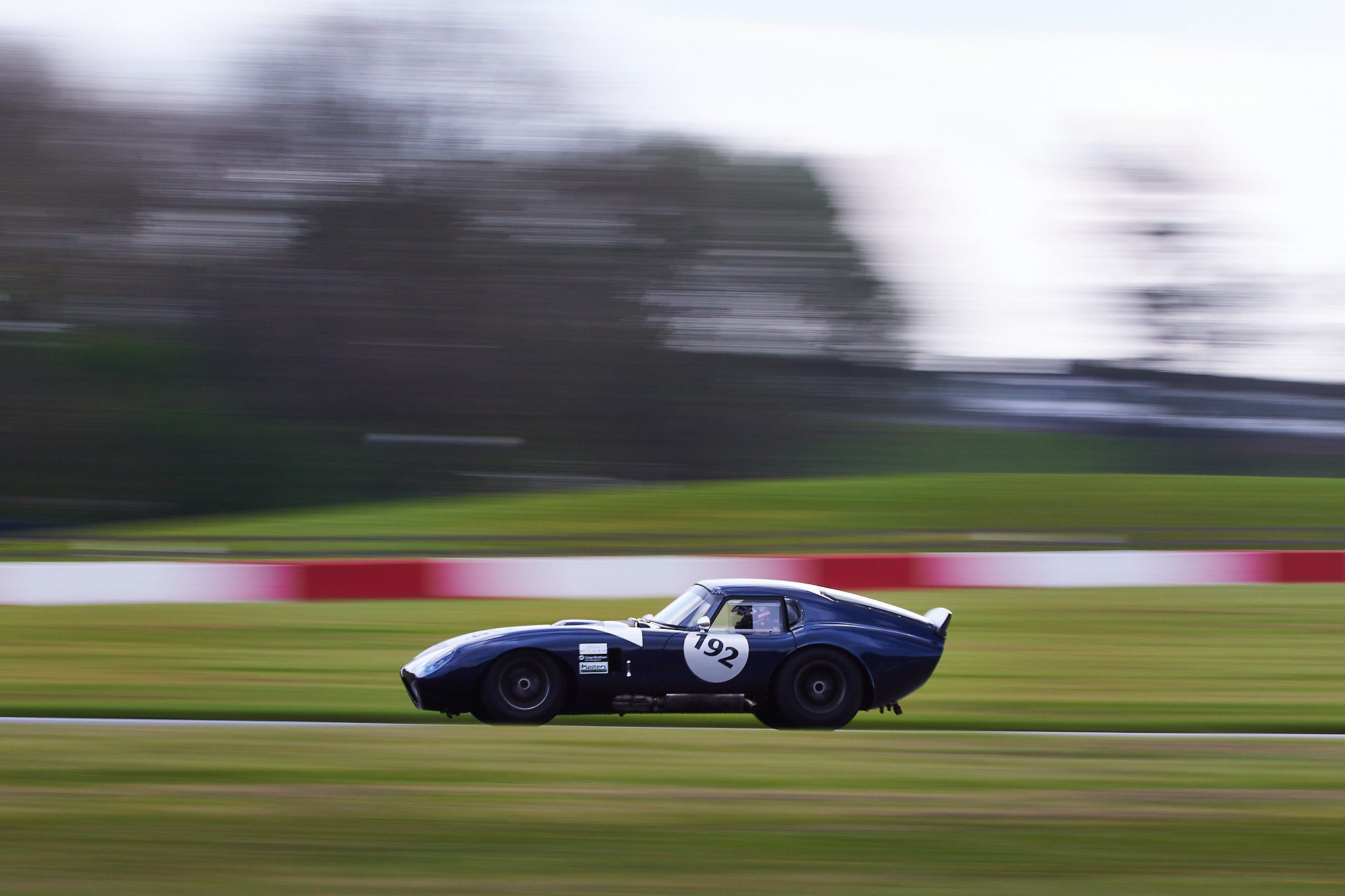 Did you miss our previous article…
https://www.mansbrand.com/the-flip-a-one-off-vehicle-for-the-benefit-of-steam-education/

IN THE SPOTLIGHT: The Ford F-150 Lightning Has Superpowers Only Electric Can Deliver

“The Flip”: A One-Off Vehicle For The Benefit Of STEAM Education