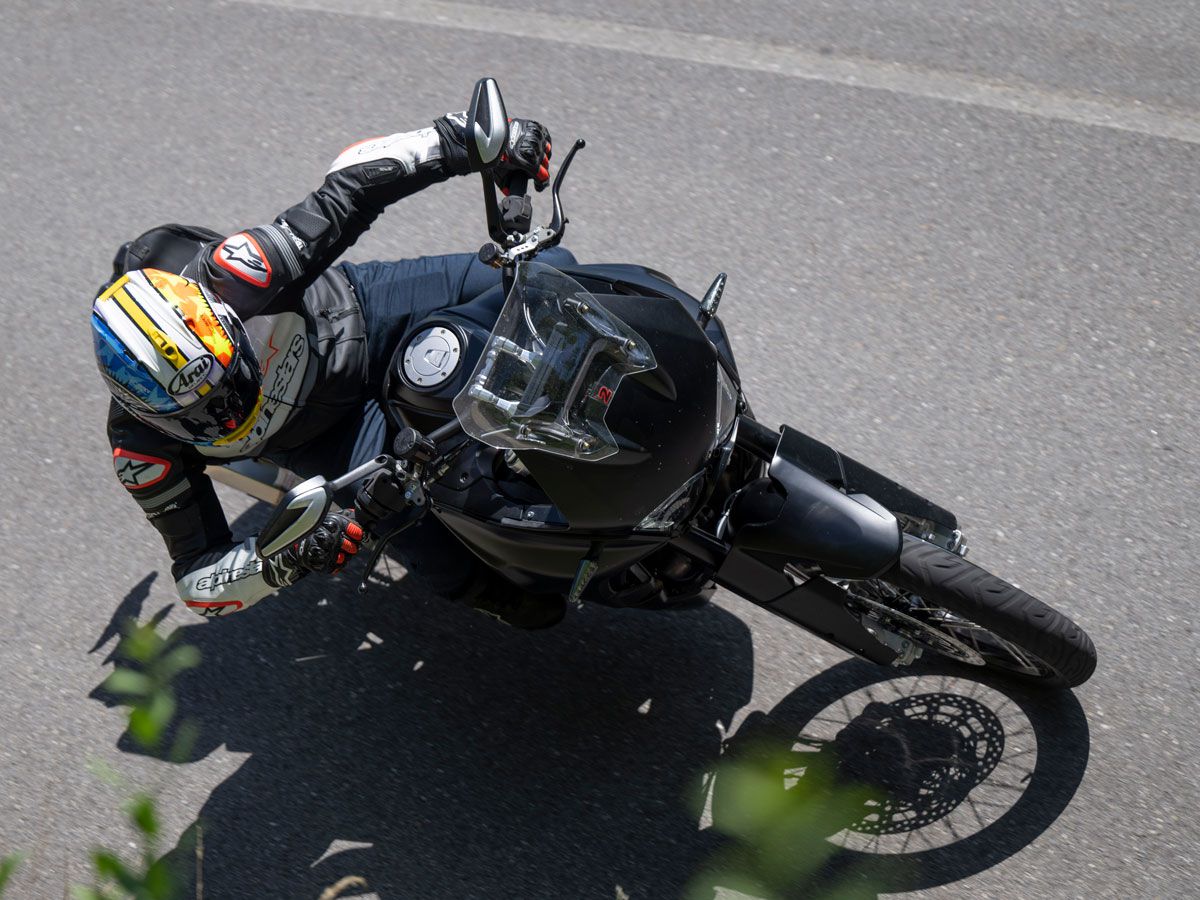 Our man got an exclusive ride on the 9.5 prototype in Italy. (Milagro/)

Imagine if MV Agusta, a dedicated manufacturer of insanely focused, ridiculously beautiful Italian sportbikes, decided to do something completely different. Imagine if, just for once, it decided to build a bike devoid of 17-inch wheels, razor-sharp geometry, and uncompromising short-stroke suspension, replacing them with a seriously dirty 21-inch/18-inch front/back wheel combination, mile-crunching comfort, and genuine off-road ambition. What kind of motorcycle would that be?

We still don’t know exactly, but we have a fair idea. We spent a day in northern Italy riding a prototype machine of what, when it goes on sale in 2023, will be known as simply the Lucky Explorer 9.5, emphatically not the MV Lucky Explorer. This is the prestigious company’s first production adventure bike and a completely new direction for the Varese factory. 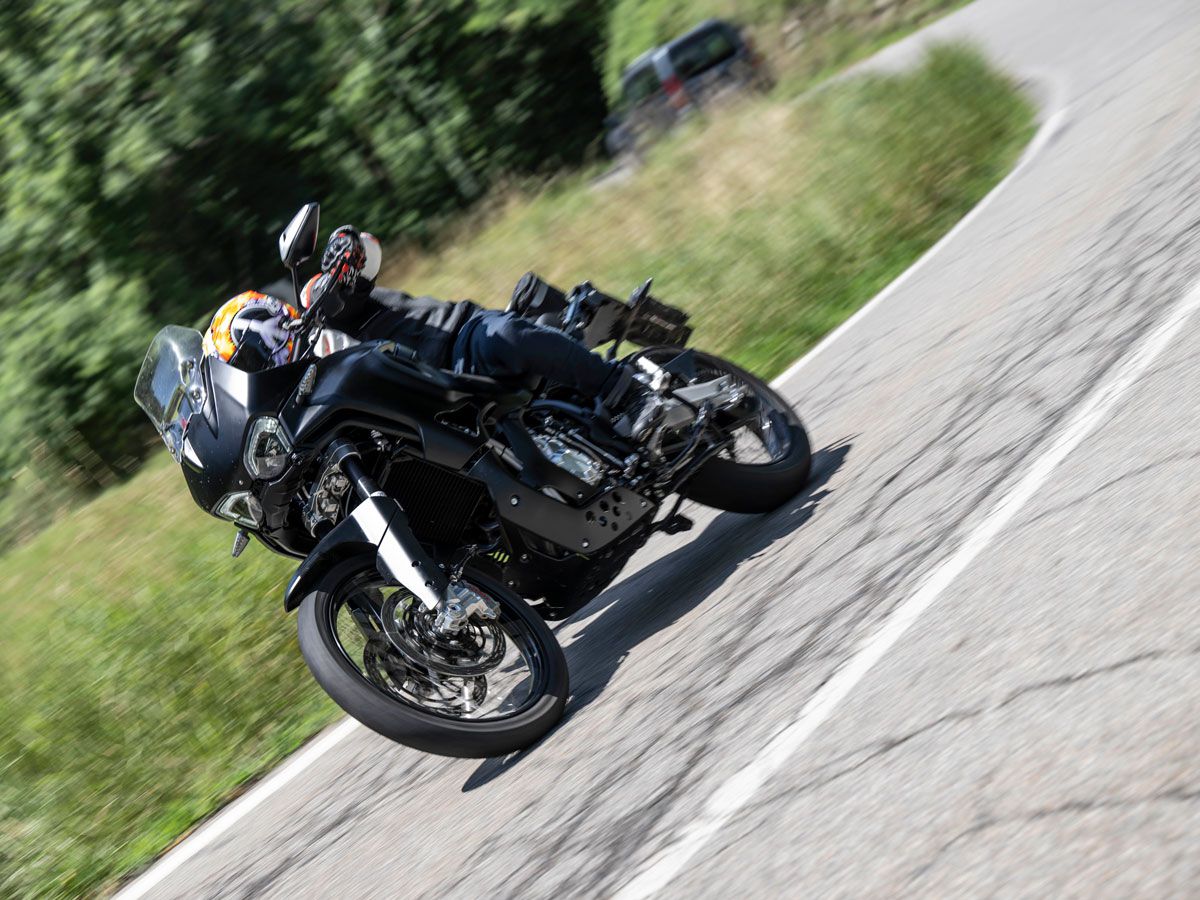 The engine also receives a new cylinder head, steel valves, a new counter-rotating crankshaft, new pistons, and a raft of detail updates including a new cooling system, oil feed, clutch, generator, starter motor, and gearbox covers. Not much of the 800 donor unit remains. The Lucky Explorer 9.5 will go on sale next year. USA prices haven’t yet been confirmed, but in Europe it will start at 18,000 euros. (Milagro/)

MV is famous for its high-revving track-oriented machines, but has focused on producing a more torquey, usable engine, with peak power less significant than it is on its supersharp sportbikes and nakeds. Compared to the racy 800cc F3 (147 hp at 13,000 rpm and 65 lb.-ft. 10,100 rpm) the Lucky Explorer is down on peak power (123 hp), but considerably up on torque (75.2 lb.-ft.). It produces more power and torque than the Ducati DesertX, Triumph Tiger 900, and KTM 890 Adventure; in this mid-adventure category, only Honda’s larger Africa Twin produces more torque. Riding modes and rider aids will be linked to a six-axis IMU. (Milagro/)

Rider aids, the exhaust and the switch gear, and multiple other details remain work in progress. But the three-cylinder motor with its counter-rotating crank is more than 95 percent complete, with power and torque outputs already finalized for production. Our testbike only had two riding modes, Urban and Touring, to play with. The final production version will have multiple rider modes, for both on and off-road, and rider aids linked to a six-axis IMU.

Our test confirmed two key facts. First, like all MVs, it sounds wildly exciting, snarling at low revs and wailing up top. And second, it has a glorious spread of easy-to-use torque, with smooth, progressive throttle response. 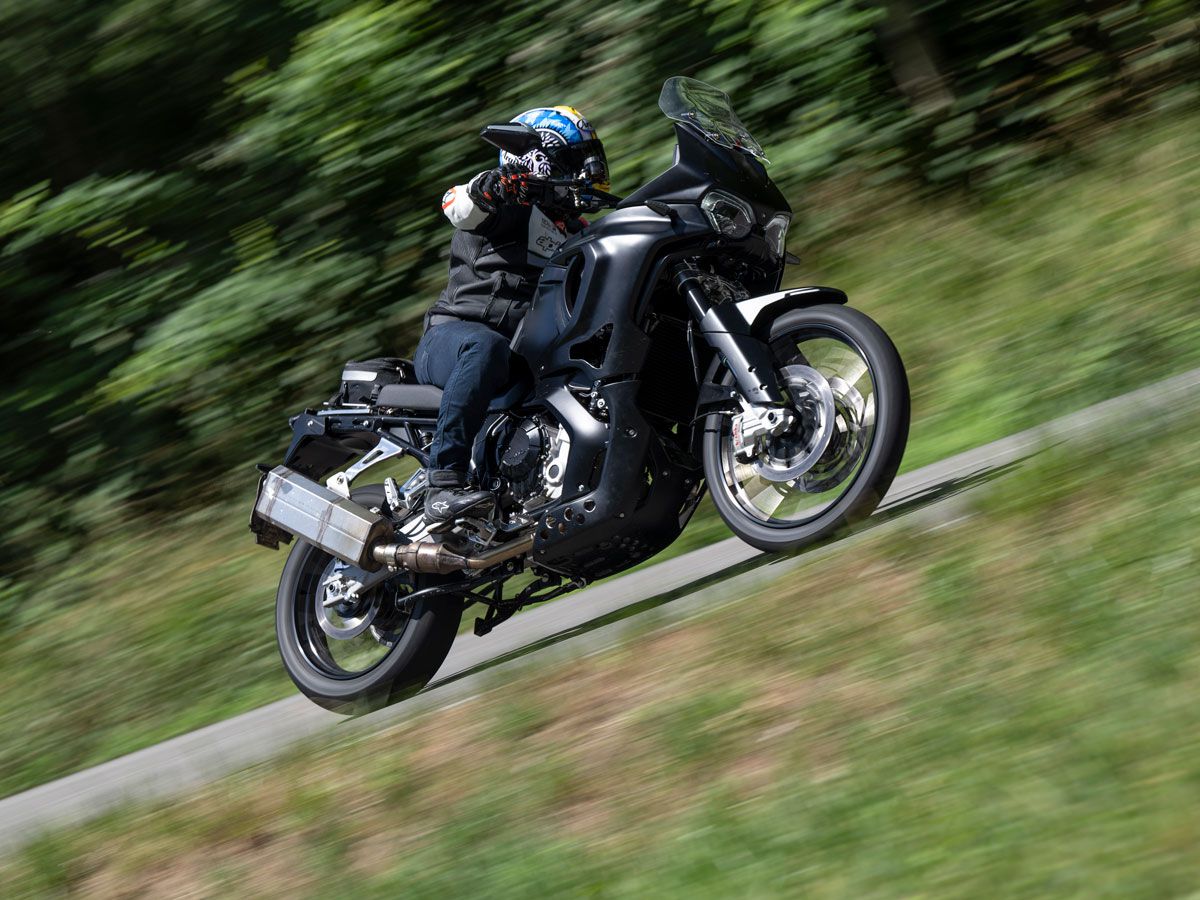 The Lucky Explorer will pull cleanly from as low as 2,000 rpm. Riding the bike in a tall gear, challenging the bike’s low and midrange

Did you miss our previous article…
https://www.mansbrand.com/optional-extras-a-stylish-bmw-r-ninet-by-kingston-custom/