And The Winner Of The Pebble Beach Concours d’Elegance is….

As the Monterey Car Week winds down, the big event that everyone is watching is the awards ceremony for the Pebble Beach Concours d’Elegance. Among the world’s Concours, it is one of the big three, the other two being the original Concours d’Elegance Chantilly Richard Mille and the Concorso d’Eleganza Villa d’Este at Lake Como in Italy.

While there have been some excellent examples of class winners and beautiful examples of pre-war, post-war, and racing cars, there is only one winner of the vaunted Best In Show trophy.

Amongst the Concours of the world, the Pebble Beach Best In Show Trophy is often regarded as the highest of honors. It’s akin to winning the America’s Cup in sailing, the World Cup in Football, the World Championship in Formula 1, and the like. 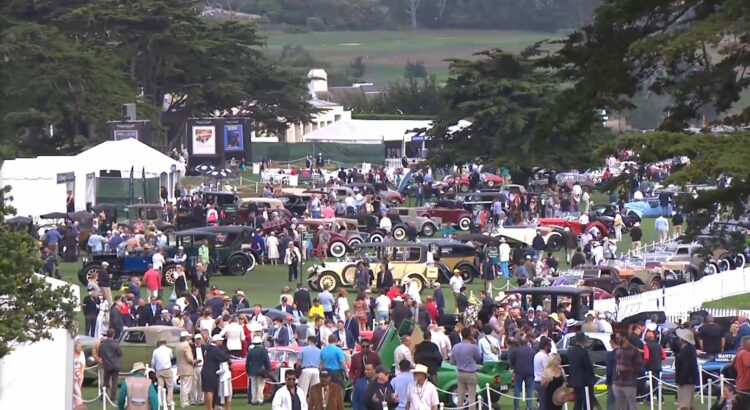 In essence, winning the Pebble Beach Best In Show guarantees a place in history.

The 2021 Pebble Beach Concours d’Elegance competition was much tougher than many previous years, both due to the size of the field of entrants, and the fact that the 2020 event was canceled. It made the field diverse, and gave owners that extra year to get every detail perfect, every last spec of dust cleaned away, every piece of chrome as bright and clean as possible.

Above all of that, winning the Best in Show is a very involved process. To even be considered for Best in Show, your particular car must have already won its best in class trophy, and is voted on by a randomly selected group of judges who are given a “blue ticket.” This blue ticket has only three lines on it: Class, Car, Owner. 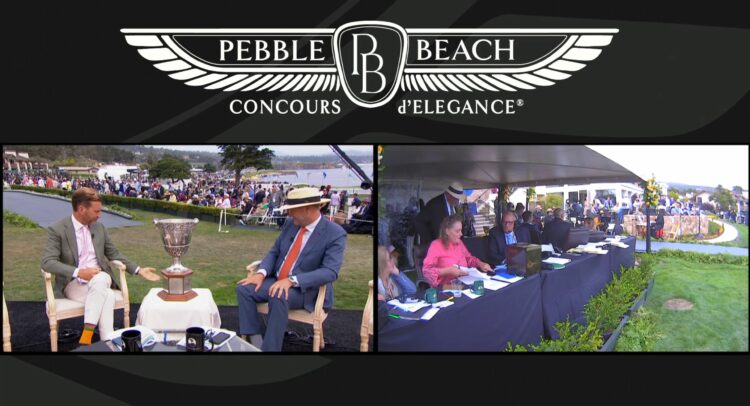 The Best in Show Trophy as the judges count the ballots

Each judge fills out the ticket in their own writing, and once it is signed it is dropped into the “Best in Show” box. Only once all judges that have the blue tickets have been checked off the roll list, is the box opened and the votes counted.

Speculation abounds. Whispers between commentators, judges, and the crowd alike try to guess which class winner gets the vaunted world-class award. It truly is one of the edge-of-your-seat tension moments at a Concours d’Elegance, especially at the World Cup of Concours at Pebble Beach. However, there can only be one… 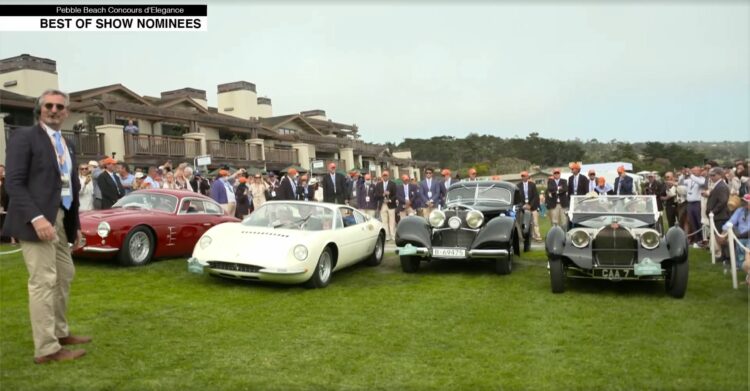 The winner of the 2021 Pebble Beach Concours d’Elegance is a 1938 Mercedes-Benz 540K Autobahnkurier. 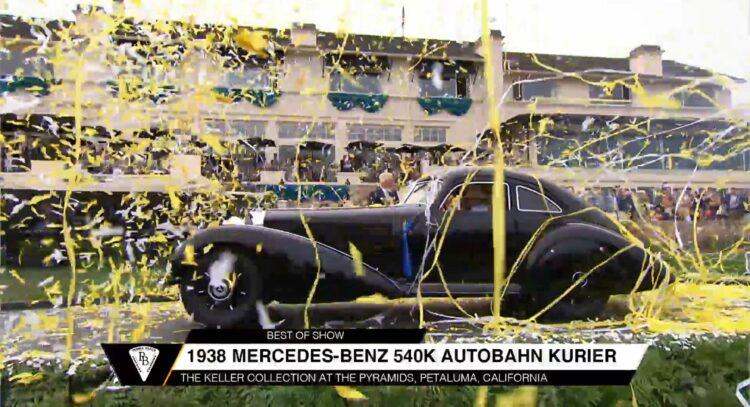 By: Simon Simon
Title: And The Winner Of The Pebble Beach Concours d’Elegance is….
Sourced From: sportscardigest.com/and-the-winner-of-the-pebble-beach-concours-delegance-is/
Published Date: Mon, 16 Aug 2021 00:19:56 +0000