Collecting Cars is now offering a rare 1965 Lola T70 MK1 Spyder once driven by Sir Stirling Moss. This extensively raced Lola is on offer to global bidders until June 23.

The example made its debut in 1965 at Silverstone when it completed a number of races under David Good. One of the races is the Brands Hatch Guards International Trophy where it was driven by Roy Pierpoint. It was then brought to South Africa to participate in the Sunset Series, competing in the 1965 Kyalami 9 Hour.

It’s stint in Hollywood was as a camera car for the unfinished F1 movie “Day of the Champion” by Steve McQueen. It was then driven at Nürburgring by Sir Stirling Moss, Sir John Whitmore, and as reports say, McQueen himself. The recently released documentary “Steve McQueen: The Lost Movie” shows footage of the car.

In 1967, it was acquired by Doug Serrurier, a South African racer and constructor. It was then extensively raced in southern Africa and raced several times in the Kyalami 9 Hour. Achievements of the example include a first-place win in the Rand Grand Prix with Paul Hawkins and a second-place win in the 1965 Rhodesian Grand Prix also with Hawkins. They also claimed victory at the Lourenco Marques 3 Hours and Roy Hesketh 3 Hours. 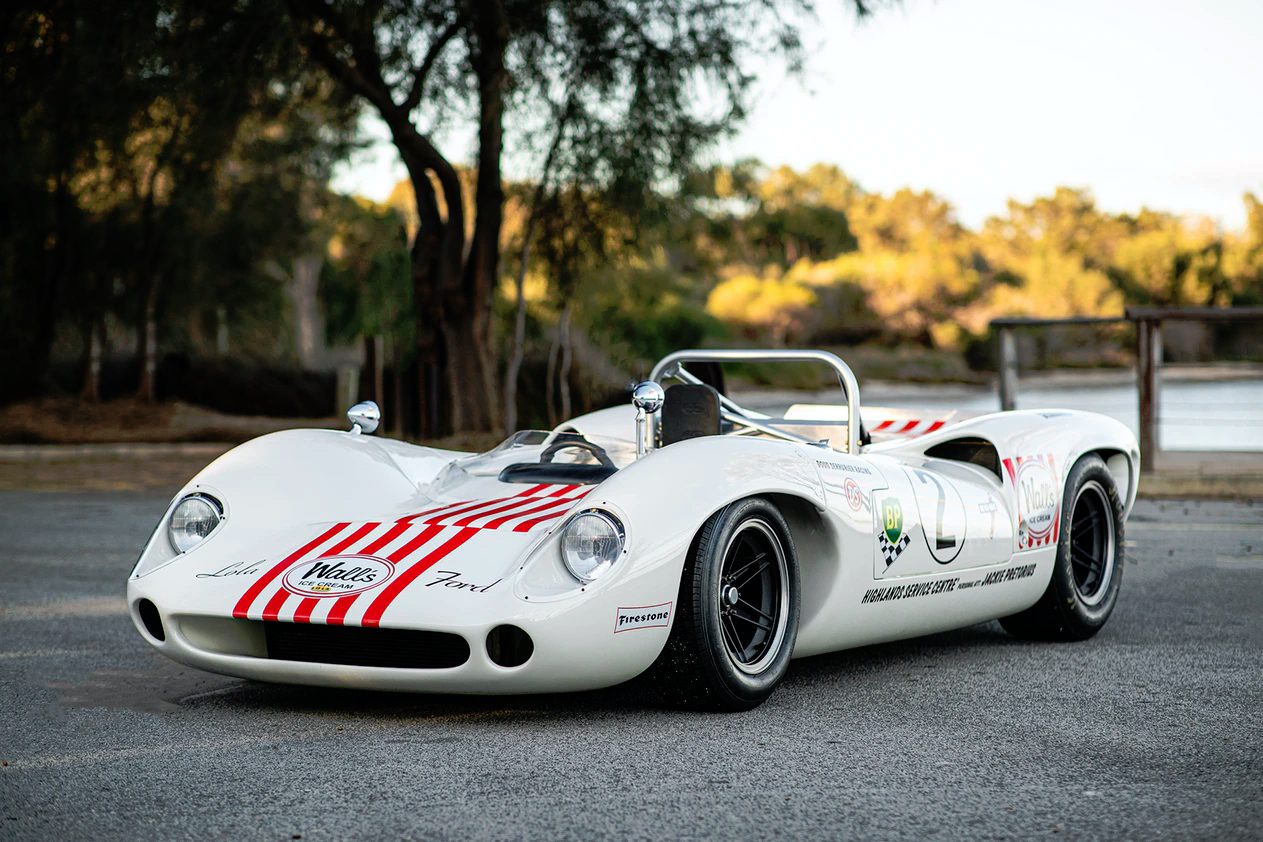 It recently completed a second restoration to bring the vehicle back to its correct MK1 specifications, including an MK1 design chassis with period correct MK2 rear suspension modifications which were done to a lot of MK1 cars from 1965 to 1966. It is in fresh, ready-to-run condition.

John Starkey’s book ‘Lola T70: The Racing History and Individual Chassis Record’ is respected as a near-definitive guide to the model and it has documented the example well. It also recognized the current owner. John also assisted with sourcing key components for the example’s most recent restoration. 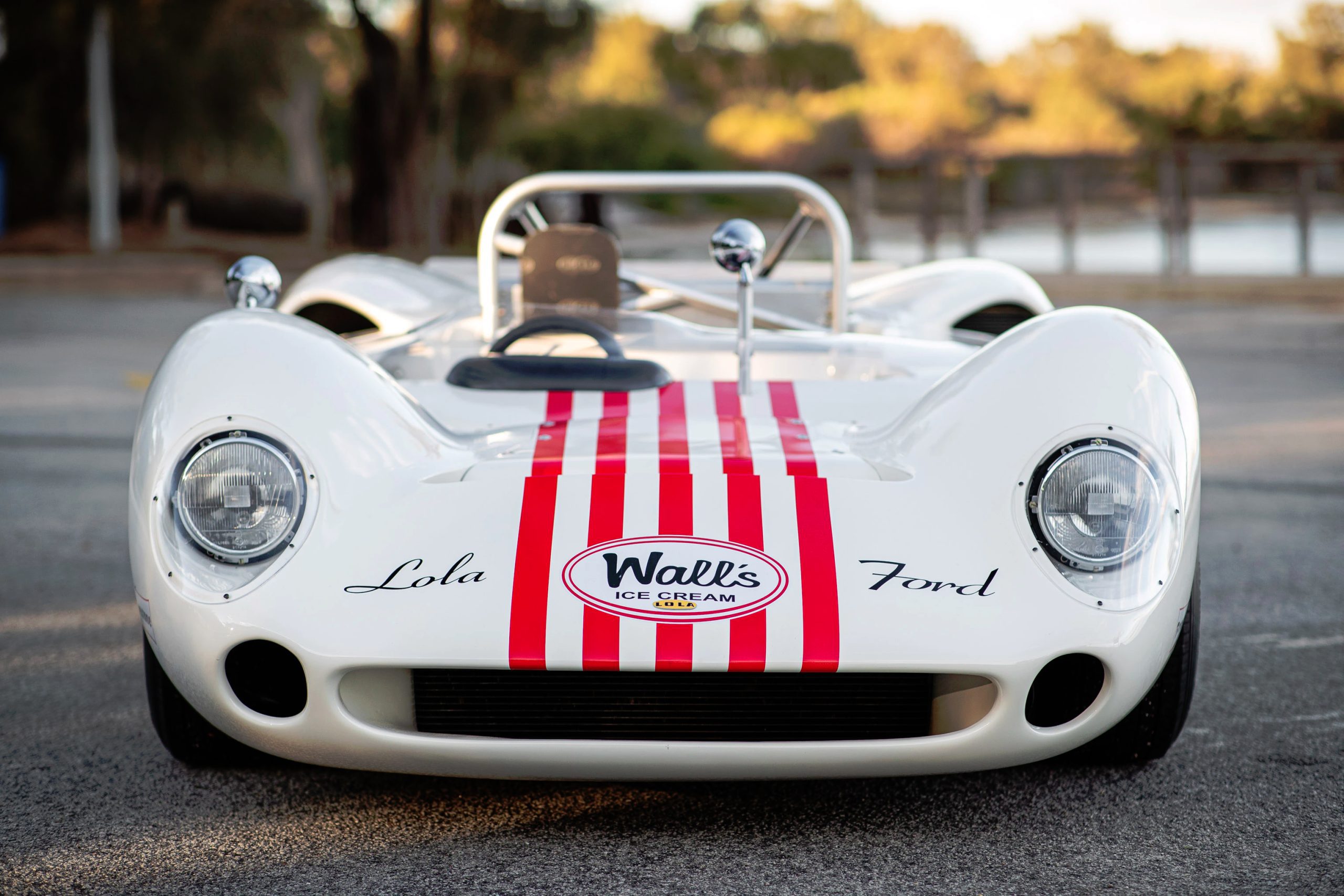 After its long and illustrious racing career, this T70 was lost for many years. The remains of the T70 was finally found by local enthusiast Jannie Van Aswegen in South Africa. Some parts were also recovered like the gearbox, four suspension corners, some chassis parts, steering assembly parts, two sets of wheels, amongst others.

A collector in Australia acquired the project who resold it to another in New Zealand where it was partially restored. Thirteen years ago, it was acquired by the current custodian who completed the restoration with the guidance and key components from Chris Fox from Fox Racing Developments in the UK.

A fresh race engine in the form of a period-correct Ford 289 block and heads set was installed and matched to a period-correct Italian-made Weber IDA 48’s, AVIAID 289 GT40 oil pan, and eight-into-four sand bent exhaust.

Except for the digital Stack chronometric tachometer which was installed for its reliability, the cockpit was given period-correct Smiths instruments. 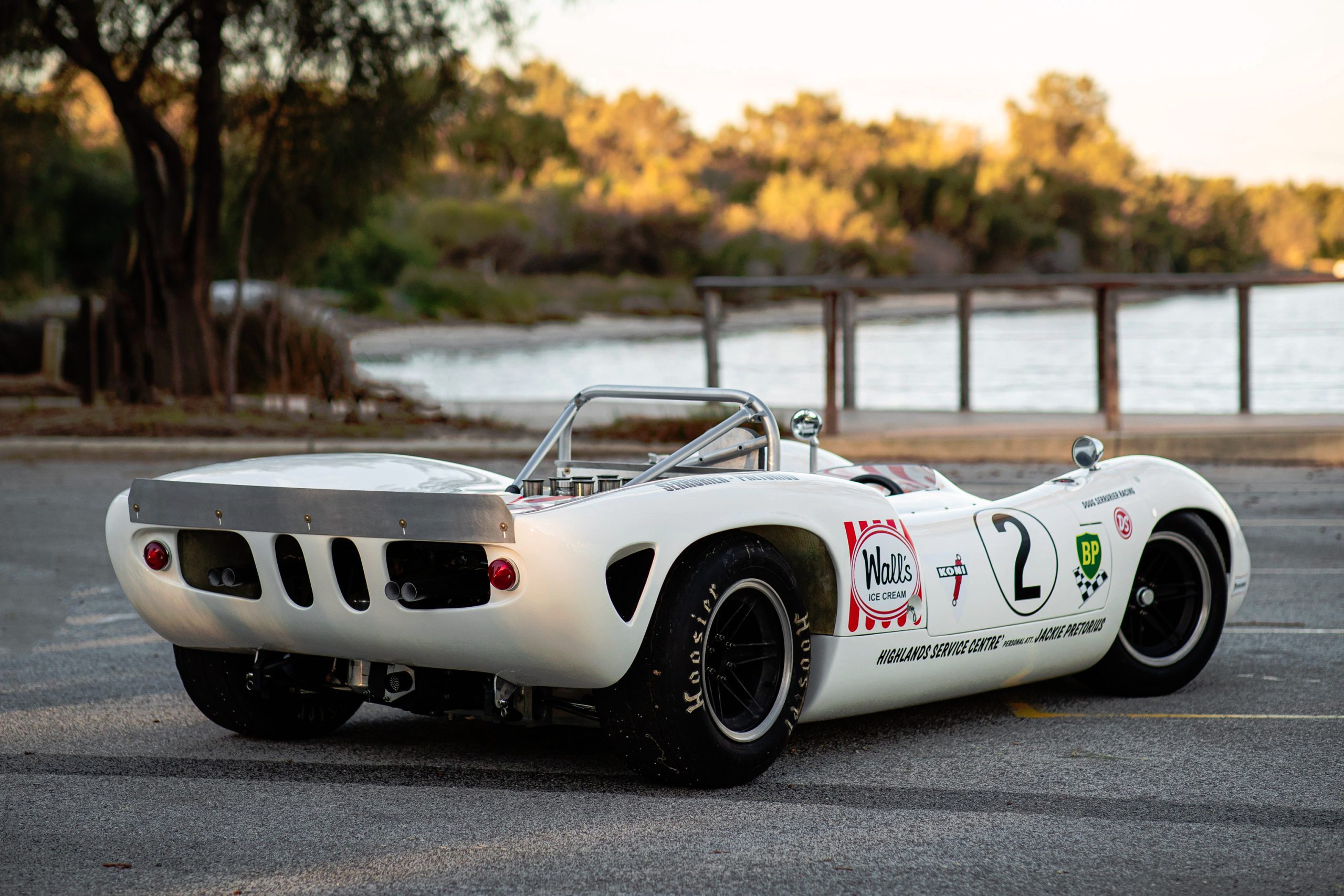 The T70 also has a variety of spares including six extra Hewland gear ratio sets, ITG Racing air filters, twelve new Eibach springs in a variety of rates, original suspension parts, uprights, and drive shafts which were replaced during the restoration.

Barrett-Jackson and the Driven Project Partner to Provide ‘Supercar Therapy’ for Children in Need on Thursday, June 30