Currently on offer on Collecting Cars is the 2001 Lotus Exige S1 which was delivered new to its former owner the then Deputy Road Test Editor of Autocar, Chris Harris. He was given the car on test for six months as a long termer. When the six months had passed, Chris decided to purchase the car.

In September 2002, it was sold to its current consigner. It has a Grey metallic finish which is mostly in excellent condition though there are light minor chipping, markings, and scuffs on the front splitter. It is matched with black leather and Alcantara-trimmed interior that features lightweight racing seats equipped with Schroth four-point racing harnesses. 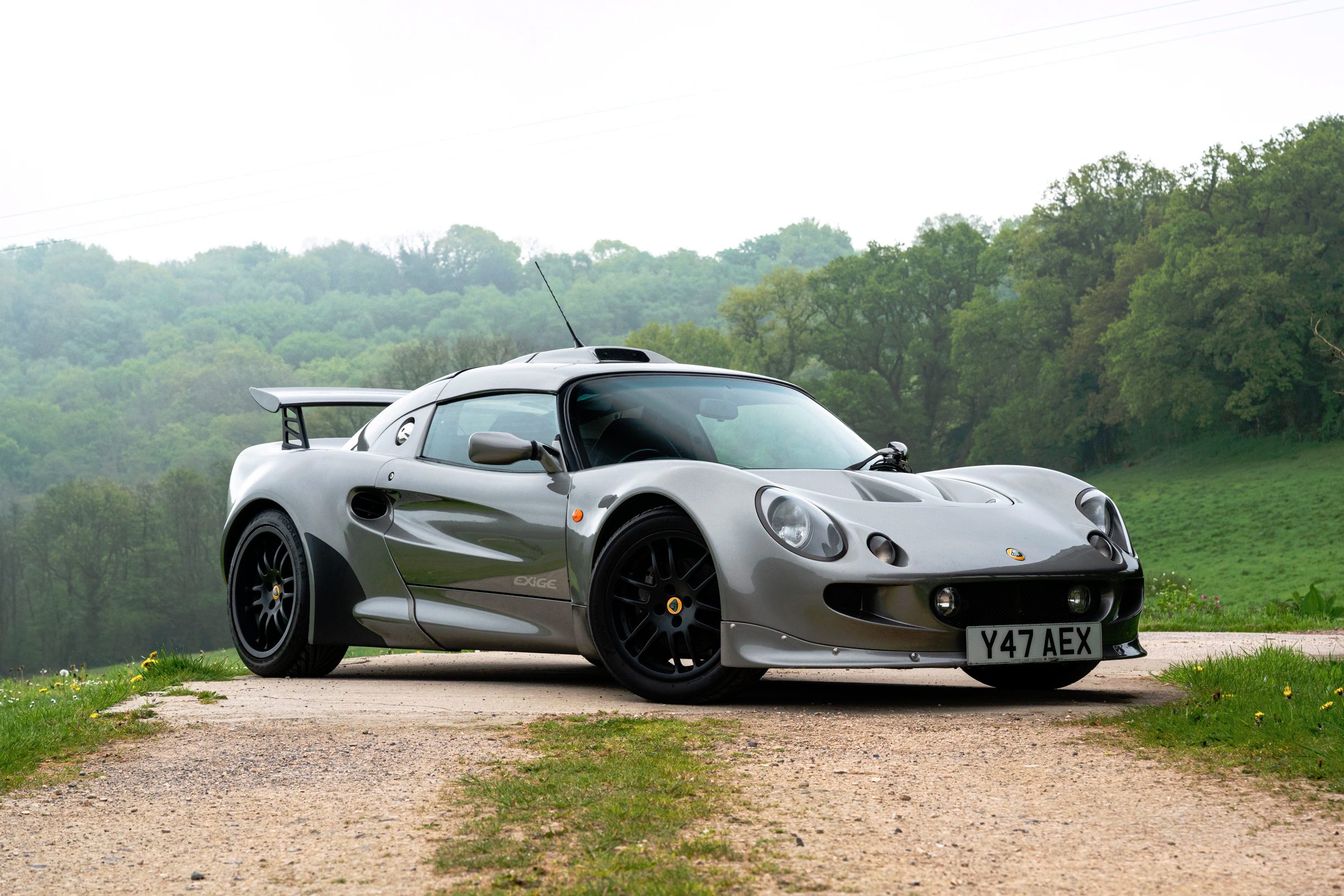 The example is equipped with an Alpine radio/CD player, and it also has a full telemetry set installed and balanced by the factory though it has been unused since installation.

Under the hood is a factory replacement 1.8-liter K-series inline-four, sending power to the rear wheels through an ultra-close ratio five-speed manual transmission. Officially, the example had a 190 bhp upgrade though a Lotus engineer that the seller had spoken to claimed that the true output of the example might really be closer to 210 bhp. 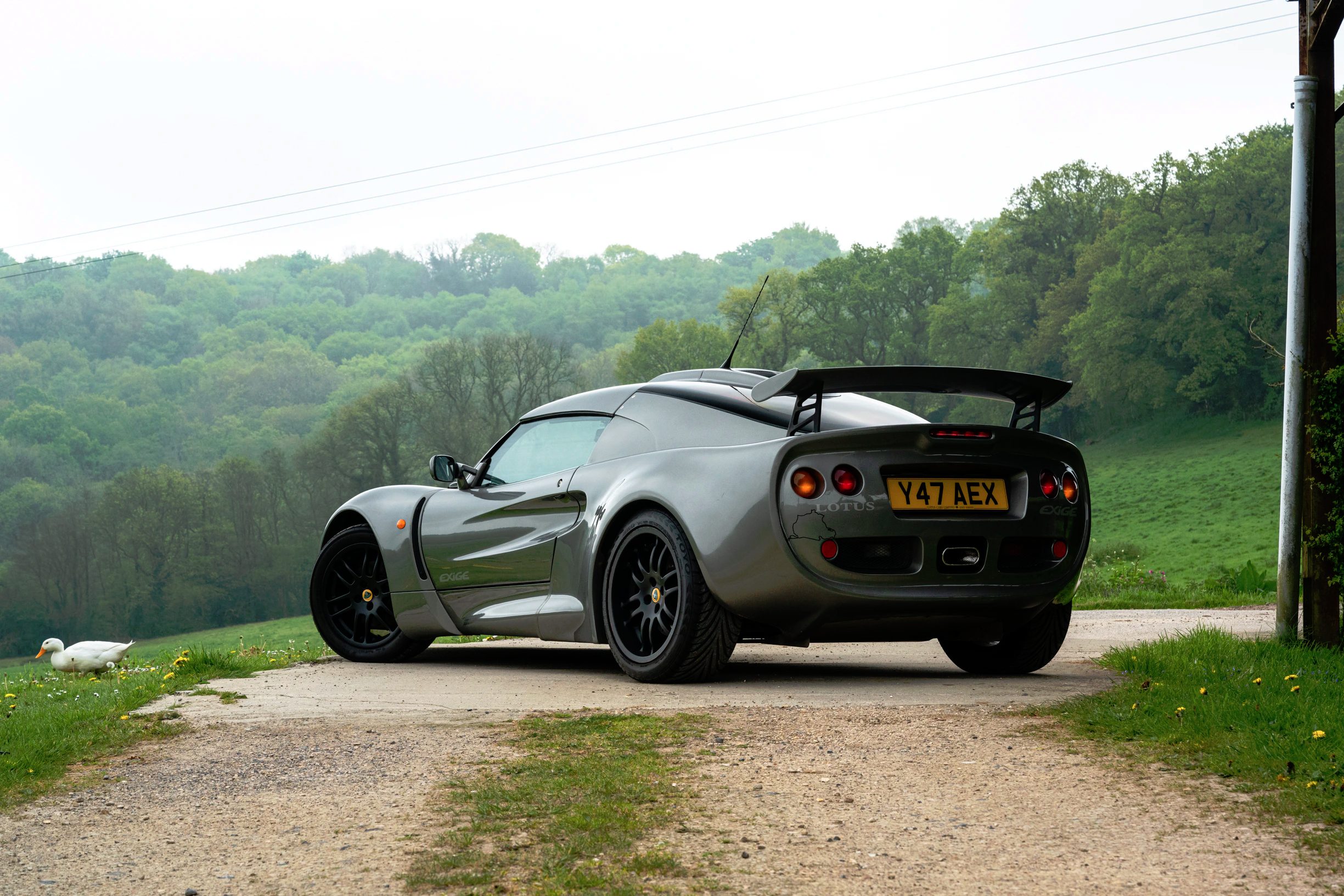 The sale will come with a selection of receipts, invoices, correspondence, and the example’s service record. A variety of magazine write-ups on the example will also be part of the sale. Its early history was well documented in some Autocar magazines. Despite the minimal use of the Exige, the current seller ensured that the example was regularly kept and maintained.

There is no impact damage on the bodywork and it has no known electrical or mechanical faults.

On October 28, 2021, it had its most recent MOT test at 20,108 miles and was given the green light after simply replacing the windscreen wipers. In November 2021, it had its most recent service done by Ian W Hull Car Maintenance in Shaftesbury. It was given an engine oil and filter change, and they also replaced the cam belt, battery, auxiliary belt, fuel tank, wiper blades, fuel pump, brake hoses, brake master cylinder, and brake fluid. 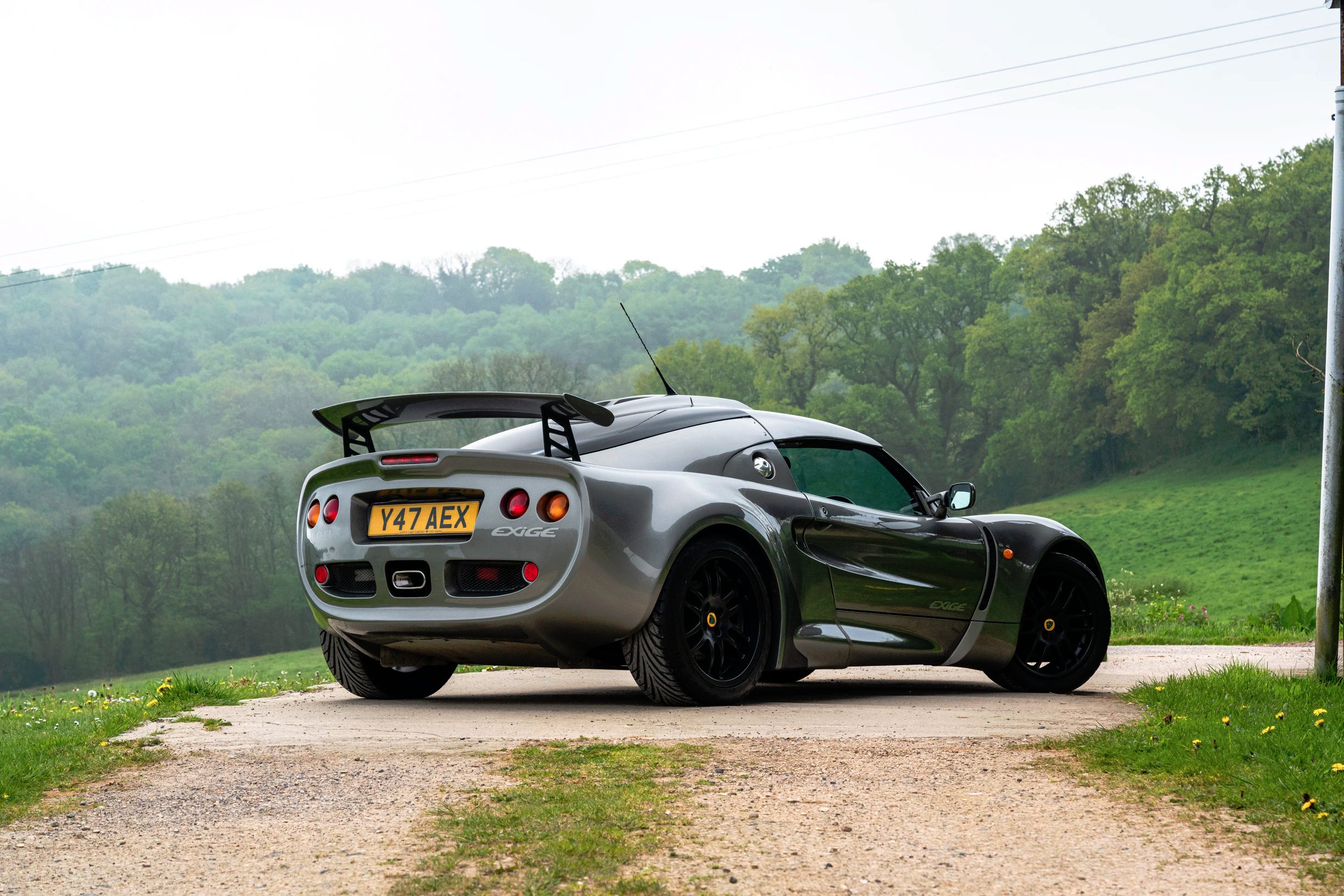 Only 604 units of the Lotus Exige were produced. It has had only three owners from new: Lotus, Chris Harris, and the current consigner. The odometer shows only 21,112 mileage and roughly around 5,000 miles were added in the last 20 years.

With those details, this Lotus Exige enjoys three characteristics that really sets it apart: rarity, long-term ownership from a minimum number of owners, and an impressively low mileage.

Did you miss our previous article…
https://www.mansbrand.com/rolls-royce-presents-the-boat-tail-with-picture-gallery/

Festival Of Speed Will Showcase The Newest, Most Amazing Supercars