A rare, barn find BMW 507 will be on offer at the Bonhams Audrain Concours Auction scheduled on September 30. The BMW 507 is one of the most coveted automobiles of the collector car world, and this example has been kept in a nondescript garage for more than forty years.

Only 252 examples of the 1957 Series II Roadster were produced. The flagship sports car of BMW appealed to the elite at the time. Owners of the BMW 507 included the likes of the King of Rock and Roll, Elvis Presley to King Constantine II of Greece. To date, the 507 is arguably still the most collectible and most desired BMW model.

This matching numbers example was equipped with the desirable Rudge knock-off wheels and optional hard top when it was delivered new to Caracas Venezuela. It eventually made its way to Montreal, Canada and in 1979, the late father of the vendor was able to acquire the example.

It is interesting to note that after acquisition, the glamorous statement car was driven straight to a simple garage in a nondescript part of Philadelphia. The example was kept there for 43 years and was never driven during that time except for being started up every once in a while. 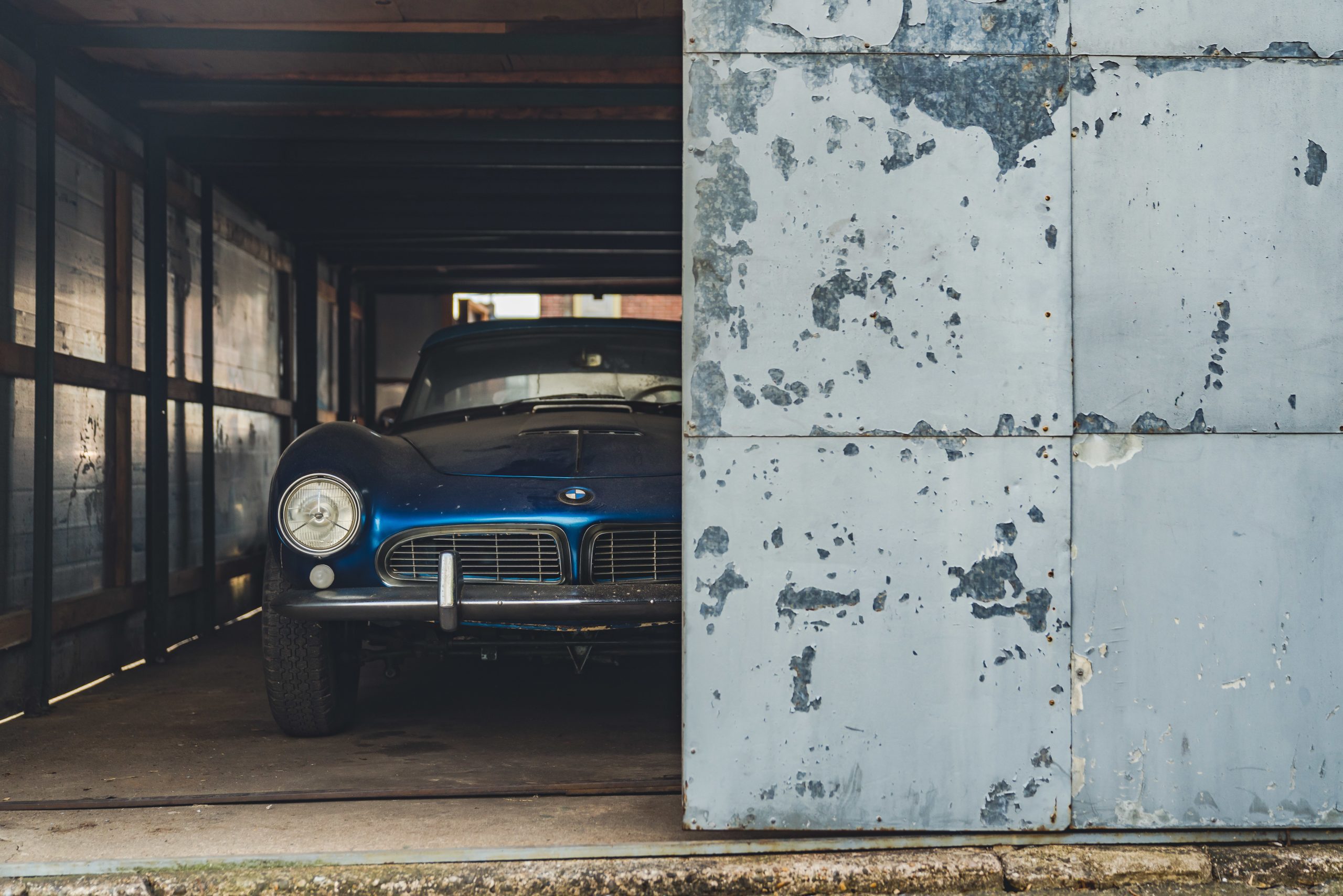 The family has kept a fleet of 507s for more or less 50 years. Kept in its mostly original state, the example was given a makeover during the 1970s, and was given a ‘Pontiac Bright Blue Metallic’ finish before it was acquired by the current owner. For the interior, the original leather was kept, and it has a nice well-used look.

Bonhams US Motor Cars Senior Specialist Eric Minoff shared, “This treasure of a garage find, which has been squirreled away for more than 40 years, offers a spectacular opportunity to the serious collector – and it’s offered at no reserve.

“The new owner has the choice of sympathetically refurbishing or fully restoring this recently discovered gem,” Minoff added.

The BMW 507 joins other desirable collector cars that will be part of the upcoming second Bonhams Audrain Concours Auction including a 1929 Packard Model 645 Deluxe Eight Roadster, a 1963 Facel Vega Facel II Coupe, and a 1986 Aston Martin V8 Vantage Sports Saloon. 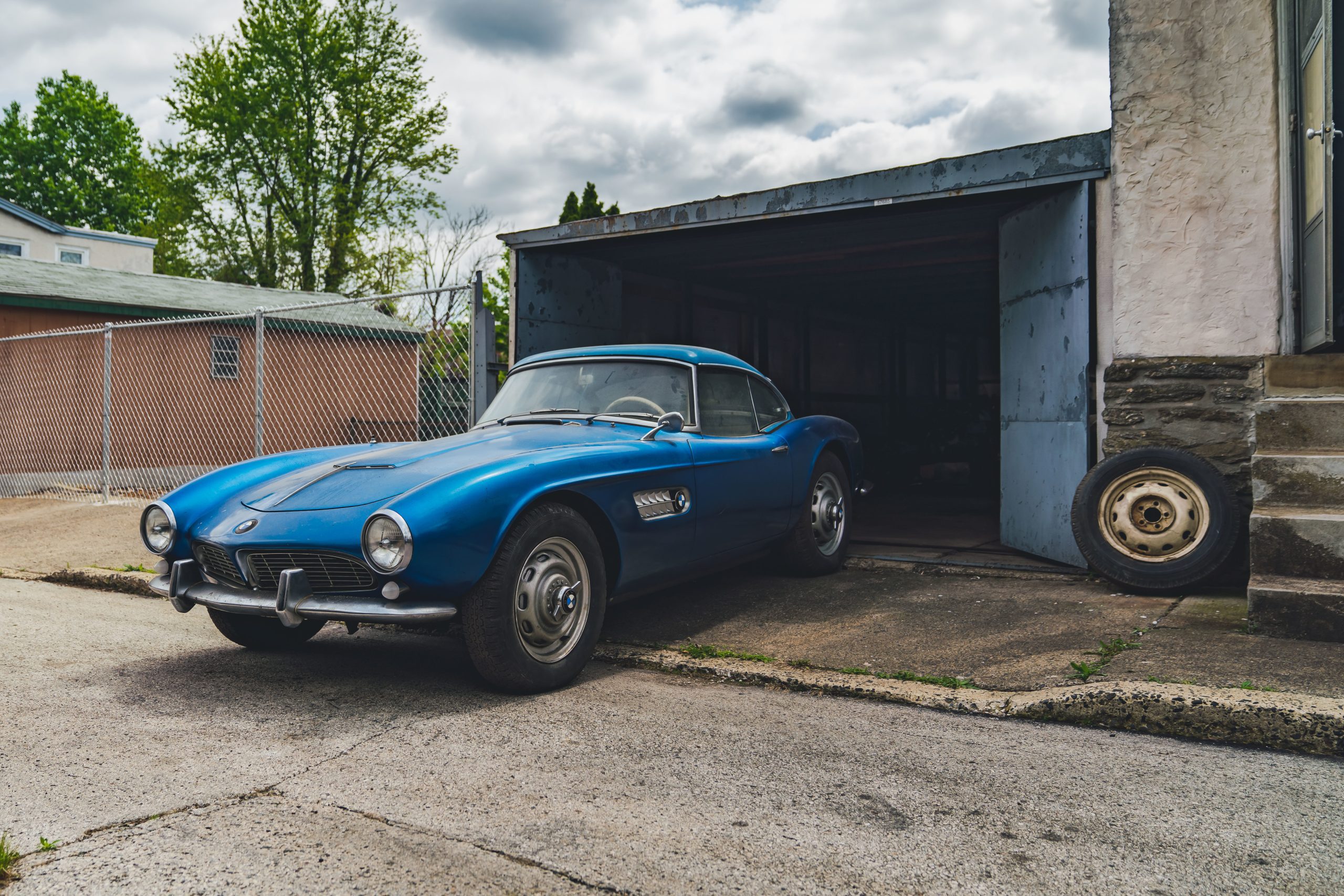 Just last year, Bonhams conducted their debut sale at the Audrain Newport Concours & Motor Week firmly establishing themselves on the collector car calendar. This year, Bonhams is returning to the prestigious event with exciting lots to offer.

“We are so excited to be returning to this exclusive venue and look forward to welcoming back our East Coast clients and collectors to the Audrain Concours Auction and to working with our partners at this world-class Concours,” Minoff shared.

Bonhams is still accepting consignments of collector motorcars and collections for this East Coast sale. Those who are interested to consign their vehicles or to receive a complimentary auction valuation may send them an email at motors.us@bonhams.com or call +1 (415) 480 9028 (West Coast) or +1 (917) 340 9652 (East Coast)

Did you miss our previous article…
https://www.mansbrand.com/2022-le-mans-classic-sale-by-artcurial-motorcars/

Barrett-Jackson and the Driven Project Partner to Provide ‘Supercar Therapy’ for Children in Need on Thursday, June 30