On February 3, Thursday, Bonhams Les Grandes Marques à Paris Sale will be offering a couple of motor cars that were driven on and off the track by one of the motorsport legends – Michael Schumacher.

Both cars hailed from the year that the seven times Formula 1 World Champion became part of the new Mercedes GP Petronas Formula 1 Team. The 2010 Mercedes-Benz C63 AMG Estate was his first ‘company car’ under the newly formed Formula 1 team. It is offered at No Reserve and is estimated to be €50,000 to €100,000.

The Mercedes-Benz C63 was used by Schumacher until July 28, 2010, and he was registered as the car’s ‘Conducteur’. The example was finished in black with matching black leather interior. As is fitting for the World Champion, the car was given a lot of luxurious options that easily amounted more than €20,000. The C63 has a 152,000-kilometer mileage and is being offered by its fourth owner. 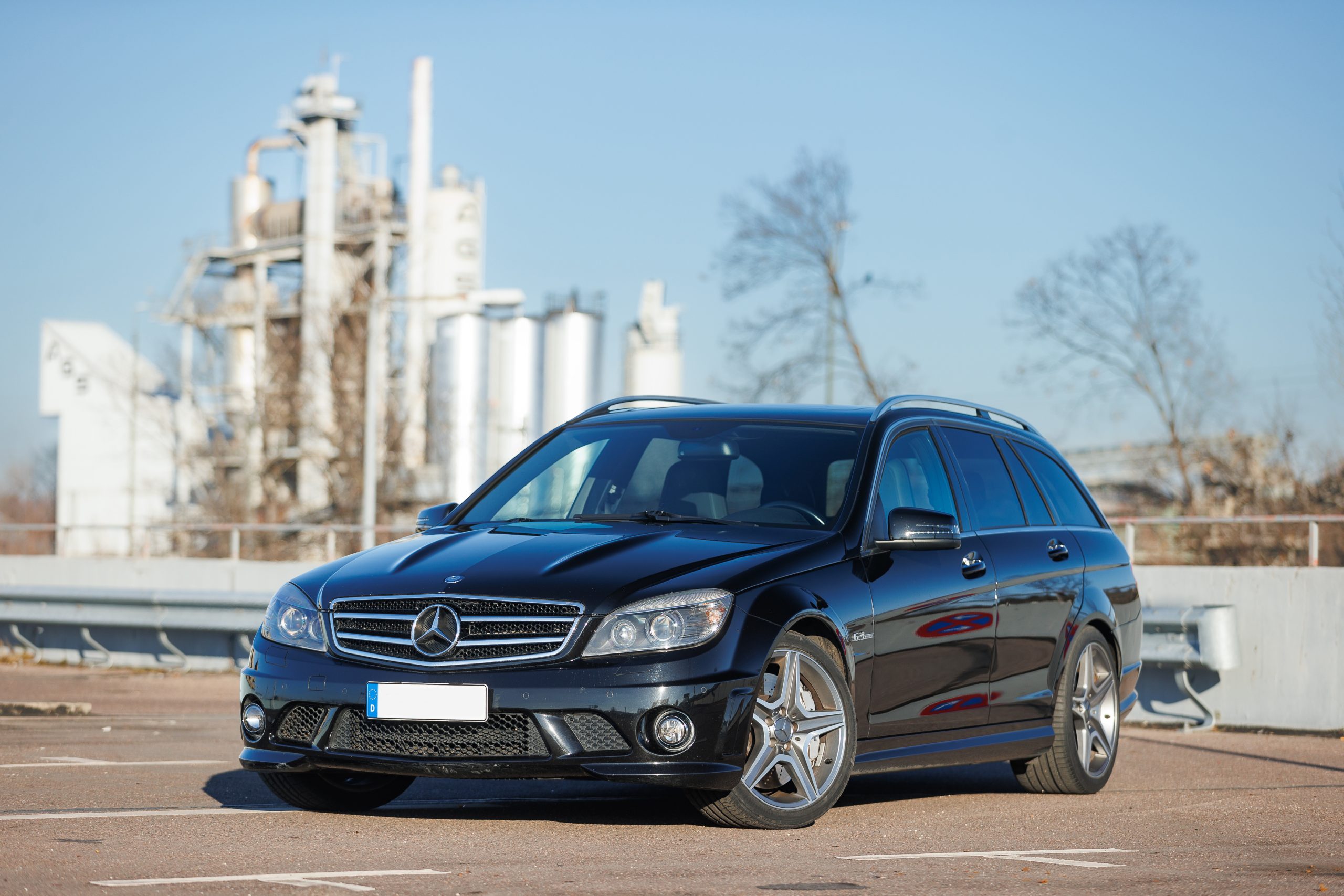 2010 was also the year that Schumacher made his fourth appearance in the Race of Champions, wherein renowned drivers from different motorsport genres go up against each other in identical vehicles to see who the best of the best really are. He claimed his fourth victory in the event with his long-time Race of Champions partner Sebastian Vettel.

Schumacher went up against rally driver Sébastian Loeb as they both drove the 2.5 Tesla Roadsters that were specially prepared for the event. It had an added roll cage, carbon-fiber racing seat with six-point harness, a stripped interior, and a red button sitting prominently on the dashboard which immediately cuts the power in an emergency. 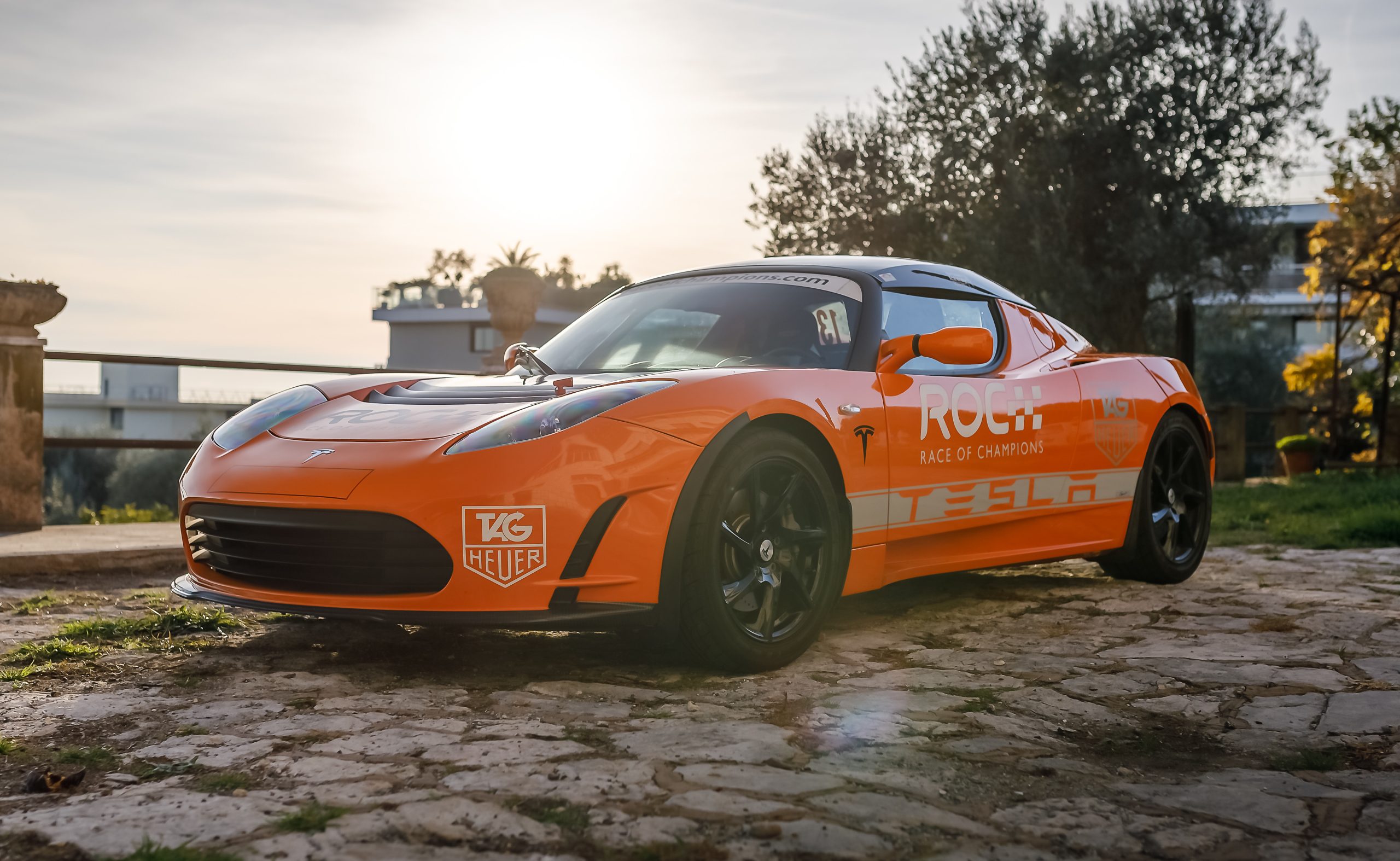 After the event, the current consigner and sole owner acquired the Roadster from the Tesla dealership in Monaco. It was still in its racing configuration with the left rear wing signed by three of the drivers from Race of Champions, including Loeb. The Tesla is registered in France and has covered less than 15,00 kilometers from new.

Bonhams Motoring and Les Grandes Marques a Paris Head of Sale and International Chairman Philip Kantor shared, “Not many people can say that they have followed in the tyre tracks of a true motorsport legend but there are two opportunities to do so at our Paris sale. Both cars are unmissable for any motorsport enthusiast or collector.”

Set in the heart of the French capital, Les Grandes Marques a Paris Sale will also be offering several other collectors’ cars with a great motorsport history.

Only three works cars were produced and the example is the only one remaining. It was managed by then Volkswagen Group chairman Dr. Ferdinand Piëch and built to NASCAR regulations. It has lightweight Kevlar aprons and fenders, aluminum roof, and plexiglass windows. Under the hood is Audi’s 2.2-liter inline five-cylinder engine with an output of 360 hp and a top speed of 350 kph.

At the Nardo Ring test track in Italy, the example set two world and nine class records. It was purchased directly from Audi by Dr. Sigi Brunn, one of its record-setting drivers.

A 1991 Mercedes-Benz 190E 2.5-16 Evo II DTM is also offered at No Reserve. The example was built by the DTM’s Team Snobeck. Alain Cudini campaigned it

Did you miss our previous article…
https://www.mansbrand.com/barrett-jackson-to-auction-two-early-production-2022-hybrid-toyota-tundras-at-the-2022-scottsdale-auction-to-benefit-the-toyota-u-s-paralympic-fund/