Bugatti Is The Big Winner At Concorso d’Eleganza

Bugatti vehicles really grabbed attention and came out as the big winners during the recently concluded Concorso d’Eleganza. Leading the pack was a Bugatti Type 57S Vanvooren Cabriolet which was awarded the coveted ‘Best of Show’ honor. Other Bugattis that were also awarded include a Type 59 Sports racing car and a Bugatti Bolide which won the ‘Best Preserved Pre-War Car’ and the coveted ‘Design Award’, respectively.

Every year, the world’s finest vehicles meet at the Concorso d’Eleganza by Lake Como, Italy. But even amongst the best vehicles in the world, there is still that one stand out that is considered the Best of the best. For 2022, the honor was given to a Bugatti Type 57S Vanvooren Cabriolet.

One of four Bugattis that were showcased, it not only won in its class, it was eventually named ‘Best of Show’. 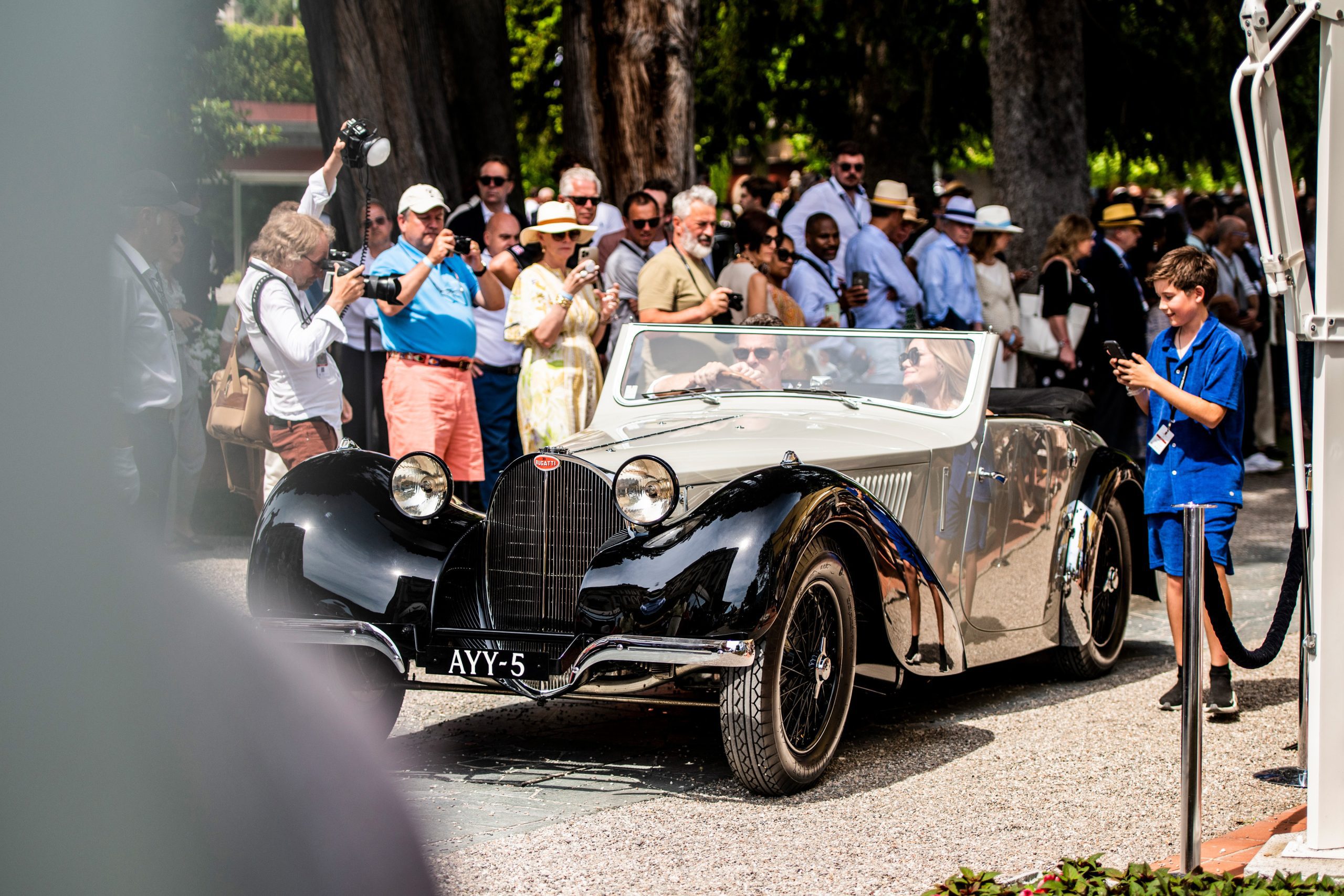 Seven different classes were on display at the Concorso d’Eleganza and the Bugatti Type 57S was featured in Class A, ‘The Golden Age of Elegance: The Art Deco Era of Motor Car Design’. Bugatti provided the technical excellence of the award-winning car, while Vanvooren, based in Courbevoie in the Paris suburbs, gave it its elegant convertible body.

Even today, the convertible still grabs attention with its proportions and clear lines. Only four Bugatti Type 57S were given a Vanvooren convertible body, and the example was the first of the four. A previous owner replaced the original engine of the example with a V8 for test purposes. What is interesting about the car is that like a modern-day miracle, even after being lost for more than 40 years, after some extensive research, its original straight eight-cylinder engine was eventually rediscovered.

Other vehicles that were featured in Class A were a rare 1934 Bugatti Type 59 Sports race car and a 1937 Type 57C Stelvio Cabriolet with Gangloff bodywork. From 1934 until 1934, the Type 59 Sports served as a factory race car and was eventually converted into a sports car. It was successfully competed in races until 1937. It only had five owners from new, with King Leopold III of Belgium acquiring it in 1938. The is currently considered as one of the most significant racing Bugattis. Admired for its originality, it is not surprising that it impressed even the judges of Concorso d’Eleganza Villa d’Este that they gave the Type 59 the FIVA Trophy for Best Preserved Pre-War Car. 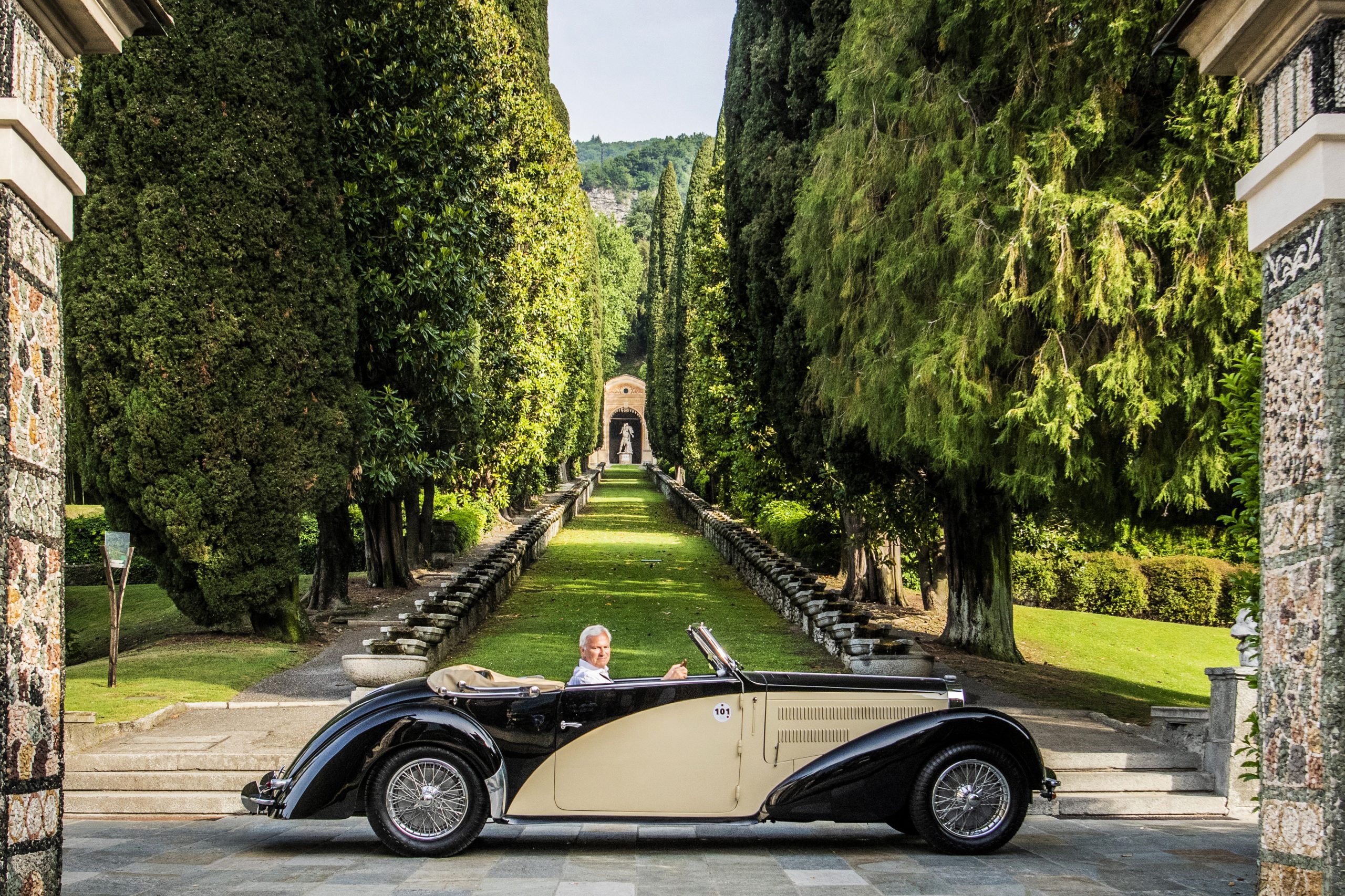 The Stelvio Cabriolet was the first Type 57 that Bugatti installed with a supercharger. Named after the Passo dello Stelvio, also known as the Stelvio Pass, the powerful engine effortlessly conquered this steep mountain pass. For the bodywork, it was provided by Gnangloff, an exclusive coachbuilder based in Colmar, France and was in close proximity to Bugatti’s headquarters in Molsheim. Another notable feature of the Cabriolet is its art deco bumpers, as it is the only known example of this Bugatti to be given such details.

The new Bugatti Bolide was one of the seven prototypes featured in the ‘Concept Cars and Prototypes’ class. It won the much-desired Design Award of the class. Bugatti Bolide was an experimental study that answered what a Bugatti would look like if it was stripped back to its cutting-edge essentials and concentrated on its iconic 8.0-liter W16 engine. It was unveiled in 2020, and it created such a stir and clamor from clients that Bugatti decided to do a small production run of the series. 40 units of the Bolide were offered, and all build slots were immediately sold out.

The extreme, track-focused hyper sports car is unmatched in terms of weight-to-power ratio. Thanks to its W16 engine that can produce 1,600 PS and the Bolide’s extremely high downforce setup, Bugatti was able to explore a new dimension of hyper sports cars. The Bolide is able to produce LMP-performance