Collecting Cars: A Global Auction Site Like No Other

It is an indisputable fact that the world is going digital. 30 years ago, the internet was in its infancy, used mostly by universities and research centres. Of course, there were classic car auctions back then—but they were in-person only, and you often didn’t know what cars were on the block until you received the information booklet in the mail.

Many things have moved forward in the past 30 years, not least of which is how people buy and sell their cars. Several major websites now host thousands upon thousands of cars for sale or auction, and within the online auction community are known as “churn sites.” The problem is that for most of the 21st century, there hasn’t been an alternative—until Collecting Cars, that is.

Collecting Cars: A Solution To An International Problem

Edward Lovett, founder and CEO of Collecting Cars, has been in the car business all his life, as his family owns and runs the Dick Lovett’s Dealership in the UK. Edward has taken note of how classic car auctions have been sticking to the same format they were using back in the 1990s. The only difference these days is that you don’t have to wait for the info packet in the mail, you download it off the auction’s website.

This struck him as odd, as while the rest of the world had raced towards the digital age and embraced the online platform, classic car auctions, especially the big ones like Pebble BeachScottsdale, and Barrett-Jackson are still operating the same as always. It didn’t make sense to him, when there was an entire world of potential buyers and sellers just waiting for the right tool. At that moment, Edward realized that if the tool didn’t exist, he would make it.

Collecting Cars was formed in October 2018, and development of the online classics tool began in earnest. After going live in 2019, the first transaction across the site was a Range Rover Classic LSE for £12,800 (~$17,500 USD) in June.

Note: Selected portions of the interview have been selected and edited for clarity and conciseness. 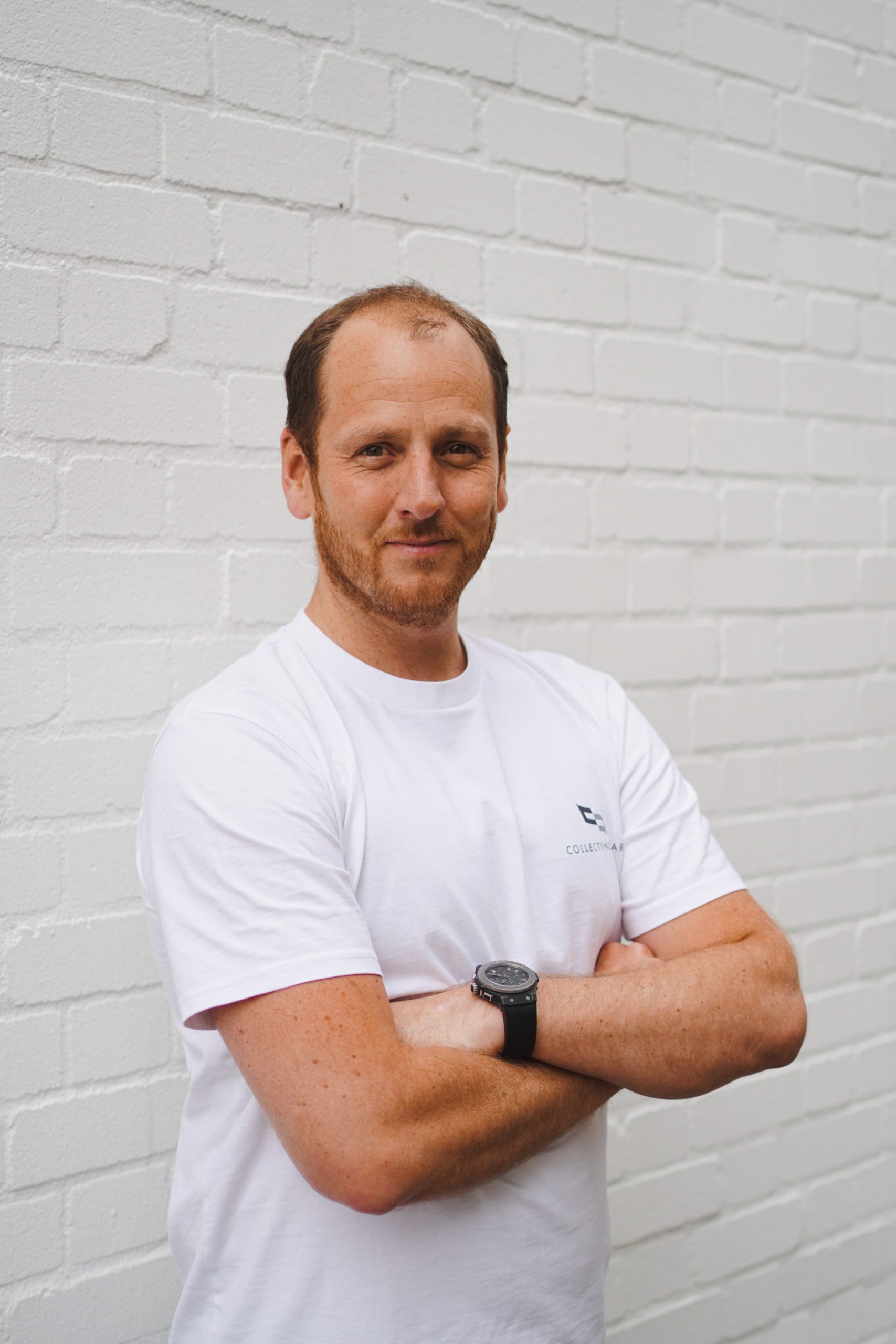 Our interviewer for the day was Simon Bertram, a content writer for Sports Car Digest and sister automotive content sites. While he is not your average classic car collector, he does know the collecting lifestyle from other hobbies. He only wishes he could afford to buy the one car that has held his eye from the first day he saw one—and one day, if it comes up on Collecting Cars, he just might.

As always with these interviews, thank you for taking the time out of your schedule to sit down with us here at SportsCarDigest.

(With a small laugh) I literally live, eat, breathe cars, so it’s not really taking a moment out as it is just sharing what I love to do!

We really do like to get a background on the people we interview for our website, to understand first the person behind the business, what drives them, what they’re like, so that it’s not just a “here’s their website, enjoy.” Would you be able to provide us with a quick summary of Edward Lovett, the Founder?

Well, firstly, I am Edward Lovett. My family business is called Dick Lovett’s, and that’s in its 54th year now. I was born and bred in the car business, as Dick Lovett’s is a franchise dealer for PorscheFerrariBMWAston MartinMini, etc., in the southwest of England and employs about 800 people. I’ve been in and out of that business for most of my life, although I’ve been travelling the world for the past ten years buying and selling collectible cars.

Given the fact that I make the pilgrimage to Pebble Beach every August, winding the clock back 5 years, one in ten conversations included talk of an online auction website. The next year, one in five. The year after that, every conversation brought up one of the big

By: Simon Bertram
Title: Collecting Cars: A Global Auction Site Like No Other
Sourced From: sportscardigest.com/collecting-cars-a-global-auction-site-like-no-other/
Published Date: Mon, 01 Nov 2021 21:35:40 +0000

Did you miss our previous article…
https://www.mansbrand.com/2021-radwood-at-greenwich/

How to Write an Effective Used Car Ad