To celebrate the marriage of his son Brooklyn to his now daughter-in-law Nicola, Lunaz investor David Beckham gifted them with an all-electric 1954 Jaguar XK140 Open Two Seater (OTS) by Lunaz.

David Beckham commissioned the clean-air bespoke classic. 120 craftspeople, designers, and Electric Vehicle (EV) technicians poured thousands of hours of work on the example to create this masterpiece completely in-house at the Lunaz headquarters in Silverstone, England.

The 1954 XK140 was given a beautiful light blue finish. Lunaz customers are given the opportunity to name the one-of-a-kind color of their car. For this instance, the client has requested that the name of the color of the example to be kept confidential.

The interior of this XK140 has been fully restored and upcycled. It was given light cream interior finish, giving it a contemporary twist to the classic aesthetic of the example. Typical of a Lunaz classic car, the modern technology in the car is hidden discreetly. The original Jaguar design are still seen in the dials and switches, but they have added subtle updates to give the owners vital information with regards to the battery level and to operate contemporary functions.

Lunaz also uprated the brakes, steering, and suspension for the driver’s improved comfort and convenience, so as to convert the most celebrated British automotive icon into an everyday driver.

Back in June 2021, Beckham announced his decision to invest in the fastest growing clean-tech company in Britain, Lunaz. The company has since rapidly grown and expanded, its workforce doubling the size of its workforce by 200%. Soon, the company will establish the largest remanufacturing and electrification facility in the UK, which is just adjacent to its current headquarters in Silverstone Technology park. It will make Lunaz’ total manufacturing footprint to 210,000 sq/ft, making it the largest company in the internationally renowned Silverstone Technology Cluster both by space and number of employees.

The expansion allow Lunaz to enter full production of Upcycled Electric Vehicles (UEVs) for industrial applications. Just recently, the company unveiled the world’s first fully electric and up-cycled refuse truck. The company’s current approach was in response to the growing global gap to have a more sustainable course to the inevitable shift of passenger and industrial vehicles into clear air power trains.

In bringing the vehicle back to its factory-new standard through upcycling and electrifying, Lunaz is able to save 80% of the embedded carbon compared to replacing it with a completely new car. Lunaz, in turn, is also able to save from shelling out a huge capital so upcycling is a better, cleaner, and more earth-friendly route to the rebalancing of global fleets to electric powertrains.

Recently, Lunaz also announced the end of a private investment round through 2021. They also then introduced the new major shareholders of the company which includes the Backham, Reuben, Barclay, and Dallal families.

Lunaz Founder and CEO David Lorenz shared, “In creating this beautiful, electrified Jaguar XK140, we are honoured to bridge the gap between David Beckham’s professional life, where he is an investor in Lunaz and his family life. This remarkable car is the perfect gift to his son Brooklyn and daughter-in-law, Nicola on their wedding day. In every respect, this extraordinary electric classic car by Lunaz symbolises a bright, positive future.” 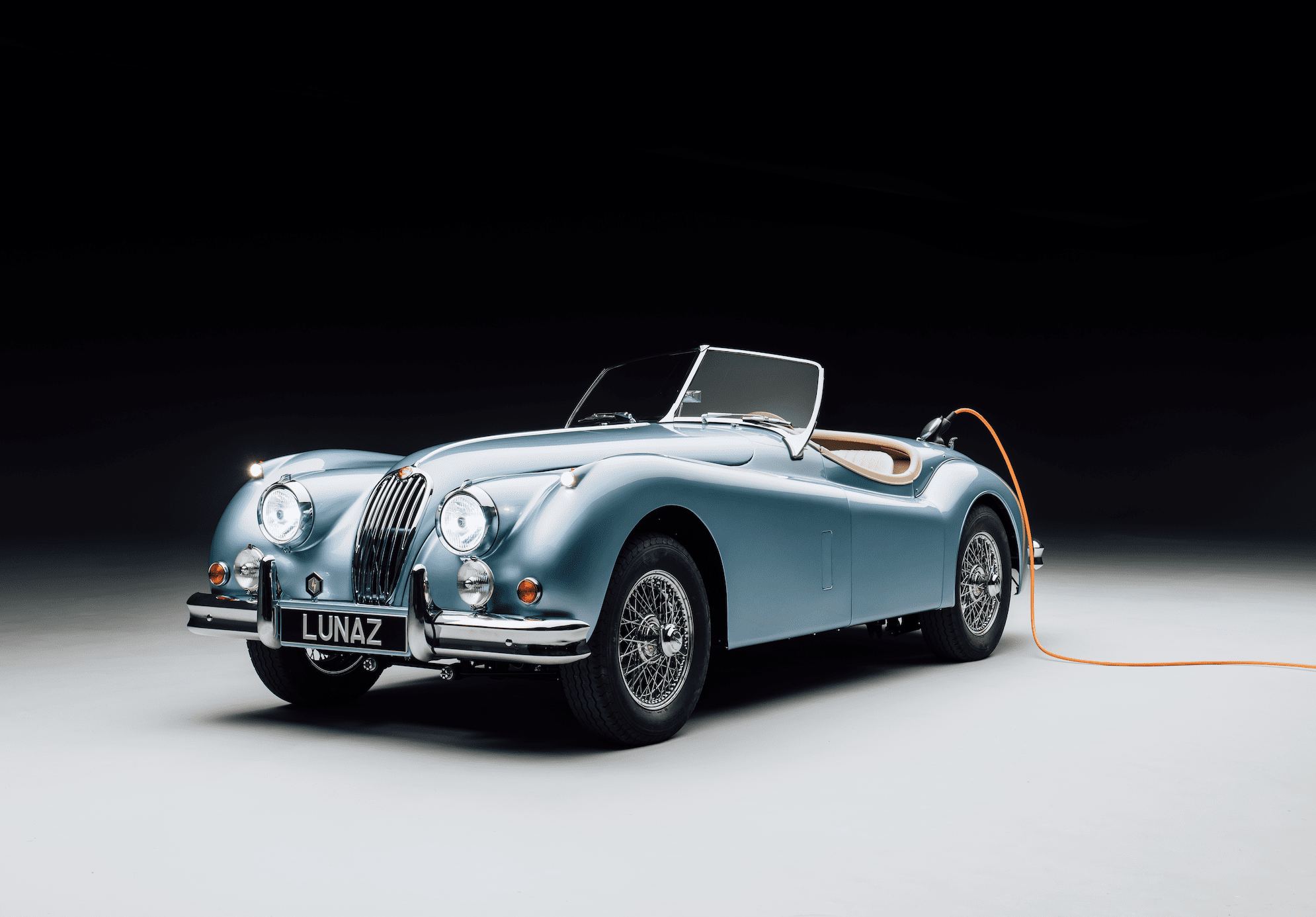 Did you miss our previous article…
https://www.mansbrand.com/first-bugatti-chiron-super-sport-delivered-by-bugatti-with-photo-gallery/