Digital repression across borders is on the rise

Khatab Alrawhani, a Yemen-born journalist and activist, thought he could escape the persecution that journalists were experiencing in the Middle East when he left the region. But it followed him. While studying in Washington, DC, in 2015, he published posts denouncing the Houthi coup, in which an armed faction overthrew the Yemeni government. His father was briefly arrested. Soon after, his brother was as well.

When Alrawhani settled in Toronto, though, his online life took an unexpected turn. He started to get WhatsApp messages from women he’d never met, urging him to click a link they shared. The messages didn’t seem like ordinary phishing attempts. They were personalized: they included details about his background, making comments about specific articles he had written or referencing where he used to live in Yemen.

Then pro-Houthi hackers hijacked the Facebook page for his news network, which covers human rights abuses in Yemen, and used it to post positive messages in Arabic about the coup. “What was terrible is how our readers thought these messages were coming from us,” he says. Ultimately, his team had to delete the page entirely and launch a new one.

These kinds of online threats have changed how Alrawhani navigates the world and interacts with others. “I don’t write full sentences in my phone when I text friends or colleagues or family,” he says. Instead, he writes in code. “I assume my phone activity is always being monitored by the Houthi regime,” he says.

Alrawhani is not alone. Around the world, activists have fled authoritarian states for their safety. But in their new homes, the intimidation continues, albeit in the digital realm. Those threats—generally referred to as digital transnational repression—include phishing attacks, zero-click spyware hacks, social media page takedowns, SIM card hacks, and fake invitations to conferences. 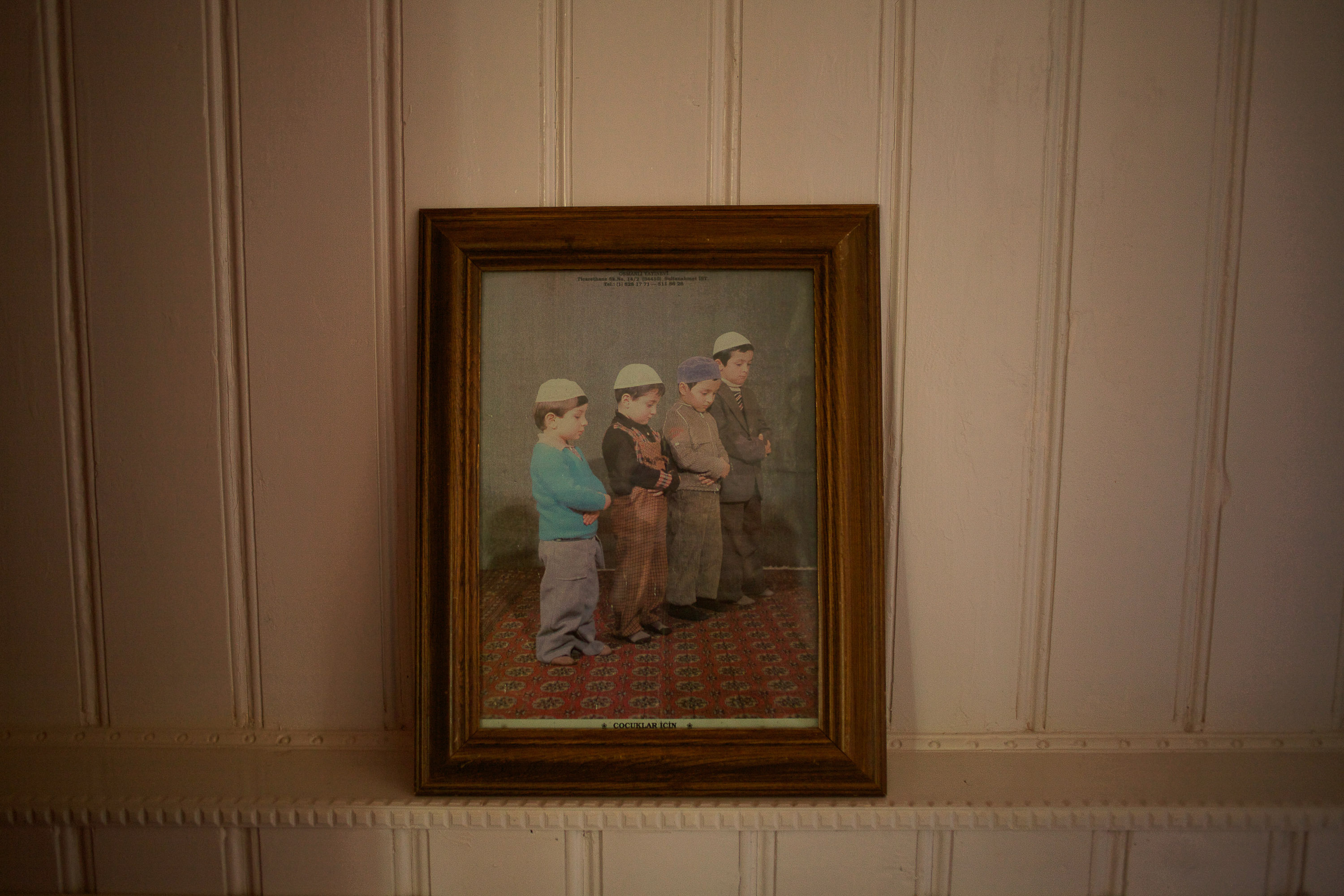 A portrait of boys praying is displayed in the home of a Uyghur family.CAROLYN DRAKE VIA MAGNUM

Physical threats against activists tend to make the headlines. Earlier this year, for example, five Chinese nationals were arrested for plotting attacks on dissidents living in New York City. But digital harassment, which can be conducted with the click of a mouse button, frequently occurs behind the scenes. And it seems to be on the rise. The London-based research agency Forensic Architecture has counted 326 incidents of digital transnational repression between 2019 and 2021, up from 105 incidents between 2017 and 2019.

One reason these online attacks are growing more frequent is that they can be much less expensive than physical attacks, says Isabel Linzer, a research analyst at the human rights organization Freedom House, which published a report in June on repression tactics used against dissidents who have moved from their home country to the US.

“These [digital] attacks happen far more frequently than some people think,” Linzer says, and they “have serious consequences for people going out to live their daily lives and to engage in their work or activism.”

The full range of digital transnational repression is difficult to track, as many incidents aren’t reported. But some institutions are working to show how much harm they can do—and how hollow the response from governments and law enforcement can be.

A report this year by the Citizen Lab, a research group at the University of Toronto, includes the findings from interviews with more than a dozen activists who fled their country of origin to live in Canada.

“Digital targeting has a serious impact on the well-being of victims, undermines their ability to engage in transnational advocacy work, violates fundamental rights such as the right to privacy, freedom of expression, and peaceful assembly, and increases the dangers faced by their family members and friends who remain within the country of origin,” the report concluded.

The countries the Citizen Lab identified as some of the more common perpetrators of digital transnational repression include Yemen as well as Afghanistan, China, Iran, Rwanda, and Syria. Zero-click software hacks, which allow an attacker to break into a phone or

The Download: cancer-spotting AI and a new covid wave

The Download: police misinformation in Minnesota, and borderless digital repression