Before we begin, I’d like to take an opportunity to say that this season’s Formula 1 Grand Prix has been the best one in some time. Hamilton has been outright, the best of the best, for quite a few years now, but Verstappen’s victory this time around has created the platform upon which their rivalry could finally reach Prost–Senna proportions—a mouth-watering prospect that can only be good for the sport as a whole in the years to come.

Dramatic Turn of Events at the F1 Race in Abu Dhabi

FIA capitulations aside—don’t worry, the video below will get into that—you couldn’t have written a better script for how things turned out; something which surely makes the lives of the producers for ‘Formula 1: Drive to Survive’, as easy as they could’ve hoped for.

The scenario of a championship riding on the outcome of the last race of the season, with both Hamilton and Verstappen tied on points, set up the most exciting finale possible. At least that would’ve been the case for the more neutral fans—of which there has been a large intake due to the popularity of the aforementioned Netflix docuseries.

Despite destiny taking us on a path towards an eventual winner-takes-all final showdown, both the drivers’ and constructors’ championships were ultimately won (and lost) over an entire season. It’s hard to argue that over the course of 22 rounds, that either one of Hamilton and Verstappen wouldn’t have been a deserving champion—there was always only going to be one winner between the two, and to be fair, that’s exactly what happened. So in that regard, there’s nothing to be shocked about with all things said and done. 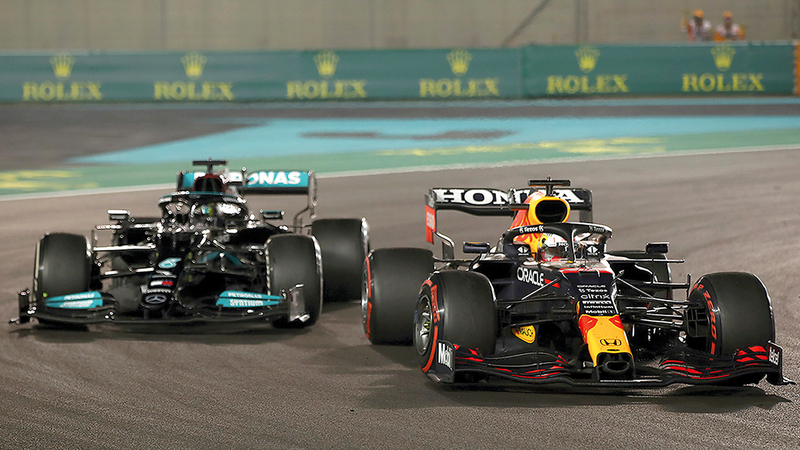 But we can certainly analyze how and why things unfolded as they did in Abu Dhabi, and in my opinion, Youtuber Driver61 has presented the best interpretation of it all.

Driver61’s Perspective on the F1 Race in Abu Dhabi

In real life, Driver61 goes by the name Scott Mansell. He also happens to be a well-respected race driver and coach who has a background in engineering, helping to tie his racing skills together with a solid technical foundation.

His channel has close to 750,000 subscribers, with his content covering a wide range of motorsport topics which include breakdowns of F1 racesanalysis of pro driver techniques, an encyclopedia of race car parts (and how they work), and tutorials on how to be faster at the race track (both in the real world and on a simulator).

Here’s Scott’s spot-on analysis of the key moments at Yas Marina circuit, and his commentary for one of the most epic and controversial Grand Prix races in Formula 1 history.

BONUS ROUND: We’ve also decided to share some of the best memes and tweets related to the 2021 Abu Dhabi GP.

Max Verstappen passes Lewis Hamilton on the final lap of the season’s last race to win his 1st World Championship.

Professor: And this is where Latifi comes in pic.twitter.com/dopzOGH6Y0

Did you miss our previous article…
https://www.mansbrand.com/collecting-cars-offers-a-2006-spyker-c8-spyder/