May 19, 1968. The Nürburgring 1000 Km. The sixth round in the International Championship for Makes. Ford and Porsche have been going head-to-head against each other the whole season.

Porsche’s 907 claimed victory in the 24 Hours of Daytona as well as at the 12 Hours of Sebring. The powerful GT40s will not willingly go down without a fight and they decided to catch up. They conquered Monza, Brands Hatch, Spa, and Watkins Glen. Porsche fought back. At the Targa Florio, they recorded a victory for Elford and Maglioli’s 907.

To be able to compete at the Nürburgring, Porsche entered two 2-liter 907s and two 3-liter 908s. At the beginning of the race, Silfert and Elford’s 908 was in the lead. Following behind was Ickx and Hawkins’ Ford GT40 then Herrmann/Stommelen’s 907. Neerpasch/Buzzetta laid in ambush. 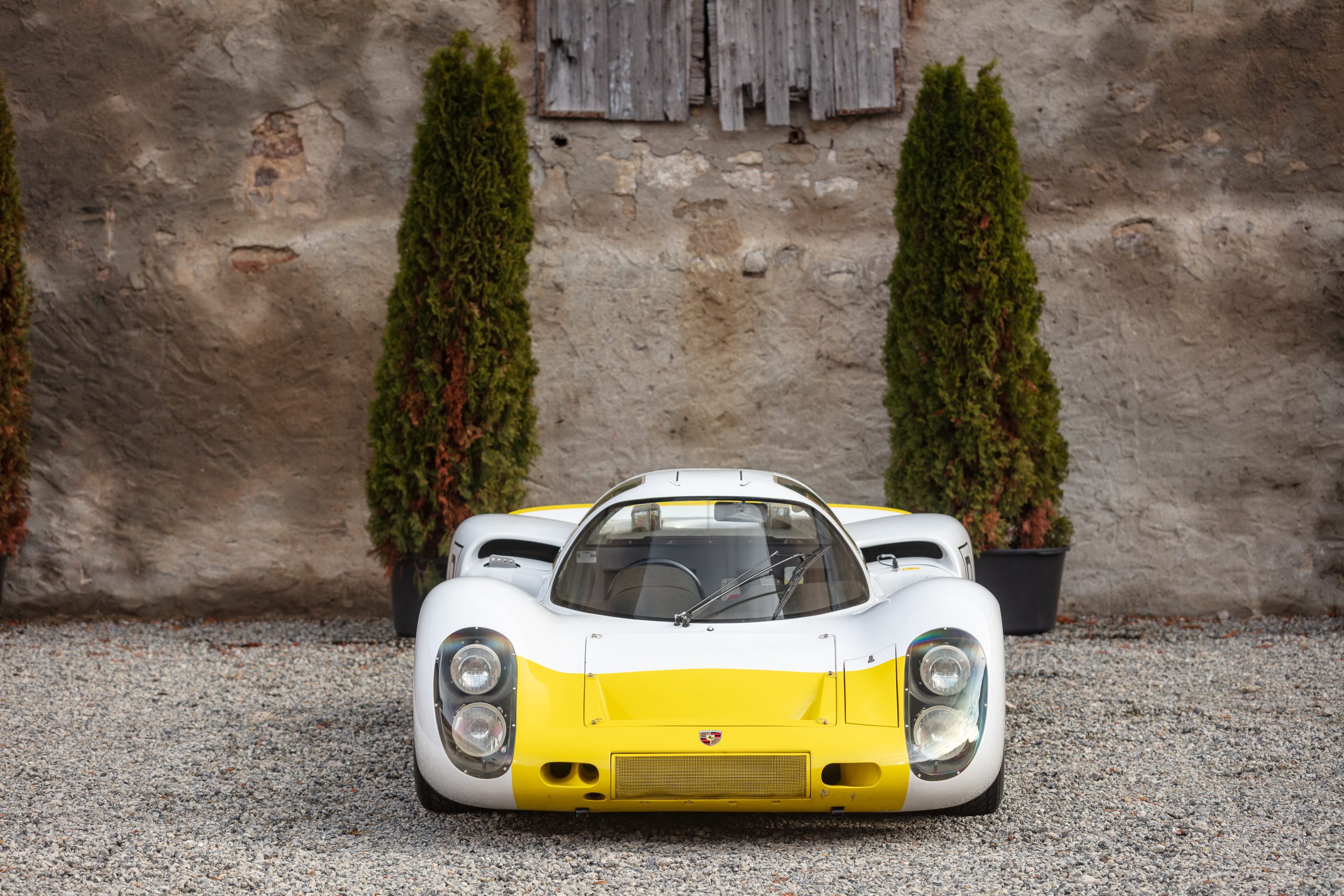 Ickx’s Ford used the strategy of stopping for fuel less often and it paid off with them taking the lead, but it was shortlived. Siffert then led the pack, with Herrmann and Stommelen in the 907 closely behind. Neerpasch in the 907-031 – the example on offer – lost time as he almost ran out of fuel and had to limp back to the pits. Still, he was able to hold on to fourth place.

It then started to rain.

Australian Paul Hawkins, who replaced Ickx in the GT40 was not as confident compared to his Belgian teammate and Neerpasch and Buzzetta took advantage of the chance to make up some time. 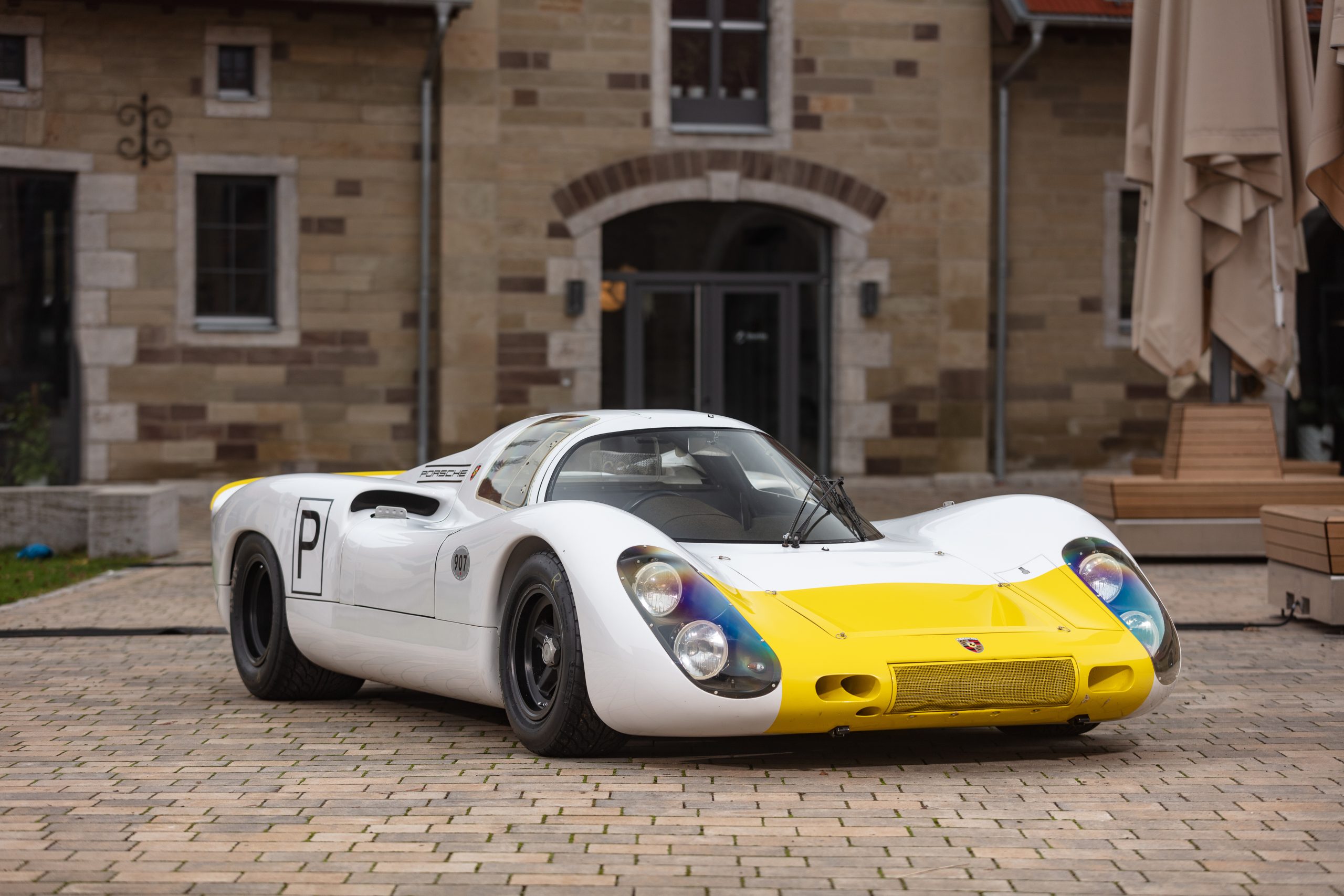 Will they be able to take the third place from the Ford?

Ford’s team manager John Wyer noticed that things were starting to go against them and he told Ickx to get back behind the wheel to be able to defend their position.

Porsche took victory at the finish line. The 908 came in first with the 907 close behind. The 907-031 driven by Neerpasch and Bussetta was able to take fourth ahead of a few Alfa Romeos and Hobbs/Redman’s Ford GT40. They really had the chance to make it a three Porsche win and claim third place, except for the unfortunate incident of them running out of fuel.

The car on offer is chassis 907-031. It was able to claim fourth place in one of the most challenging races in the world, proving its endurance and performance. Its 2.2-liter engine was able to go up against and almost claimed victory against its 5-liter V8-engined rival.

The Porsche 907-031 was the last one built and it left the Zuffenhausen workshop just a month before the race. The final preparations on the car were done in May 1968.

After its impressive performance at the Nürburgring, the example was serviced, and Porsche decided to let go of the vehicle. On January 10, 1969, it was sold to Alejandro Soler-Roig from Barcelona. A certificate of the sale signed by Ferdinand Piech shows the transfer.

Spanish Soler-Roig was an excellent privateer racing driver. His career began in 1958 behind the wheel of a Porsche 356. In 1968 In a long tail 907 (907-005) he entered the 24 Hours of Le Mans. Unfortunately, he was forced to retire from the race due to timing gear problem. Despite the mishap, the car won him over that he bought one himself in 1969.

In the same year, he used the Porsche 907-031 to compete in several rounds of the International Championship with Rudi Lins as his teammate. Driving for the Escuderia Nacional CS, the season started at the 24 Hours of Daytona where unfortunately the Porsche was involved in an unfortunate accident after being caught in a cloud of smoke that formed after the engine of a Jaguar exploded. It ended up in a pile-up with several other competitors.