This handsome off-road vehicle was just recently restored to a very particular standard.

The engine was fully rebuilt and equipped with a later ‘International HS’ 2.8-liter engine, that can produce 135bhp and 277 lb-ft of torque, matched with a five-speed R380 manual transmission that sends power to all four wheels. The new engine has covered only around 10,000 kms, though the odometer shows 32,087 kms. The real figure is unknown. It also sports a set of 18-inch ‘Sawtooth’ alloy wheels. 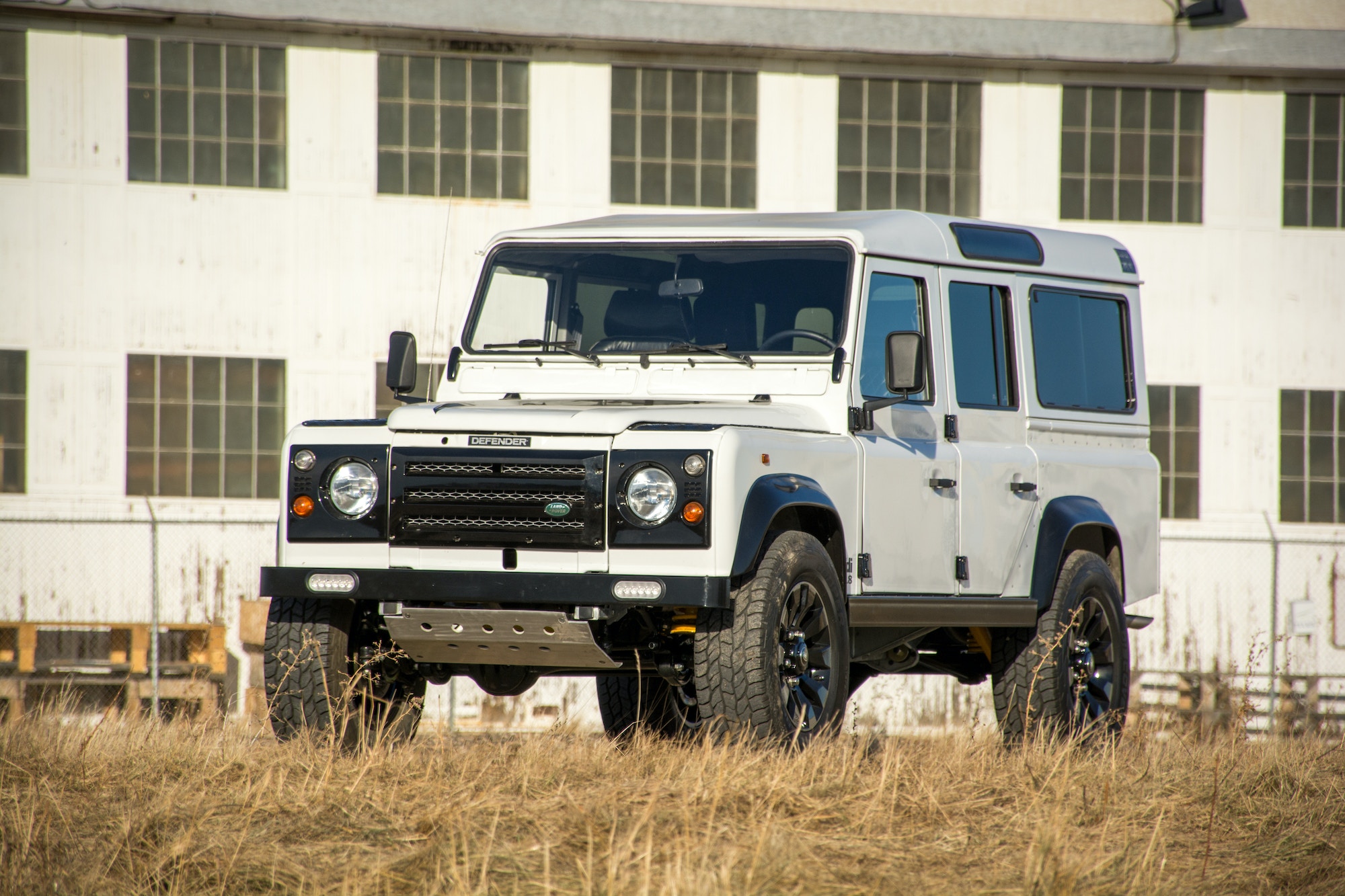 During restoration, the example was given a white finish contrasting with the black front grille and lower trim. The cabin was retrimmed in black leather with silver accent stitching and diamond-quilted seat centers.

Some of the cosmetic upgrades during restoration were the NAS rear bumper, the front bumper was replaced with built-in spotlights, headlight surrounds, an XS front grille, air intake grille, and bonnet vent. They also added new Exmoor Trim carpets, new headlining was fitted, while the seats and dashboard where retrimmed in black leather.

Internally, it was given uprated and lifted springs and shock absorbers, they replaced the suspension bushes, and was given new brakes. To improve corrosion resistance, the example was built around a galvanized chassis. 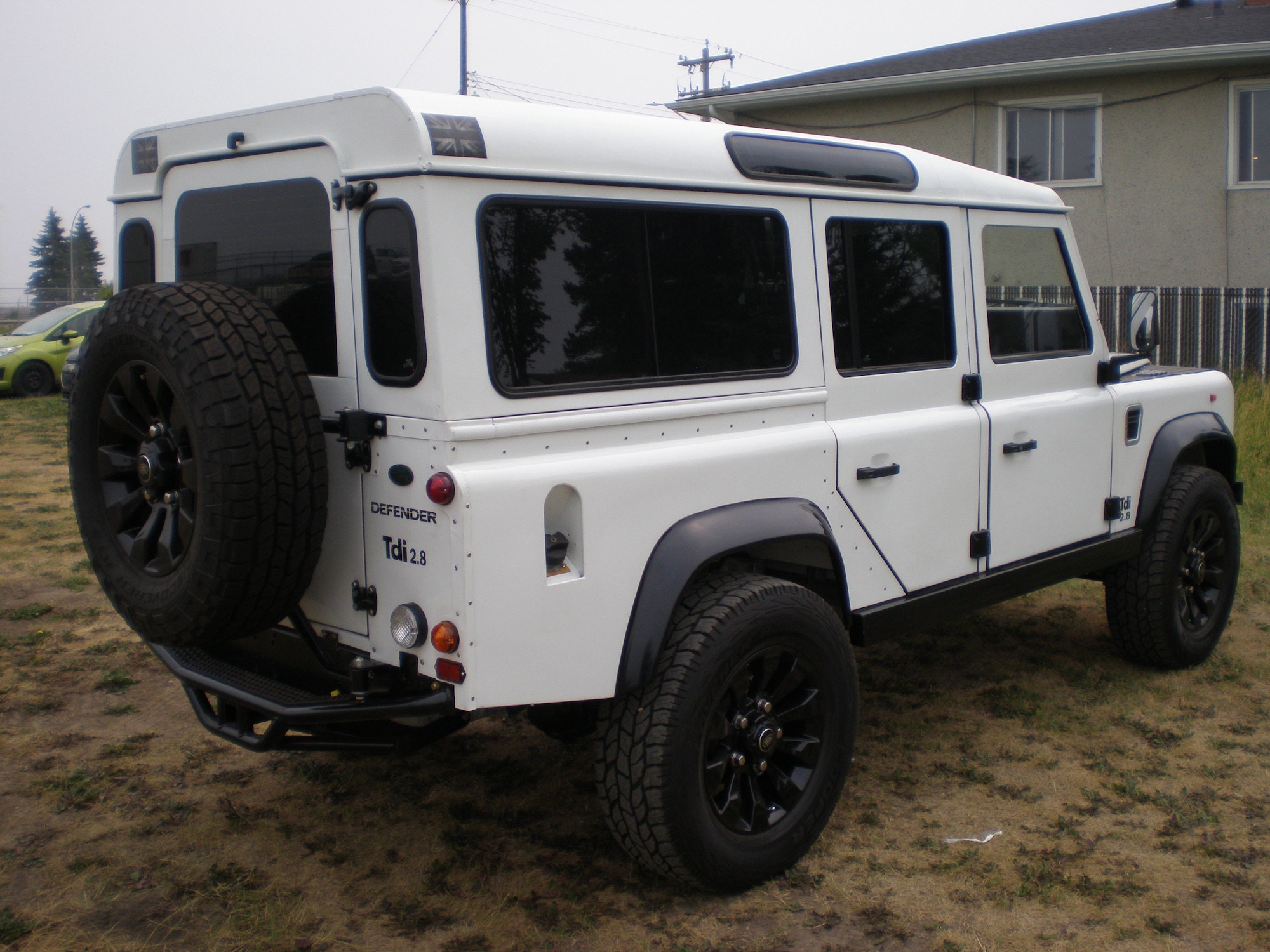 There is no impact damage on the bodywork, no known faults in the car, and no warning lights are blinking on the dashboard. The cabin is also very well presented with no noticeable wear on the black leather upholstery.

The example was last serviced at 32,0000 kms by Sports Car Center. It was given an oil and filter change, as well as replacing all fluids.

This is a great machine for a year-round daily driver, a powerful workhorse, or an off-road vehicle for its lucky next owner. 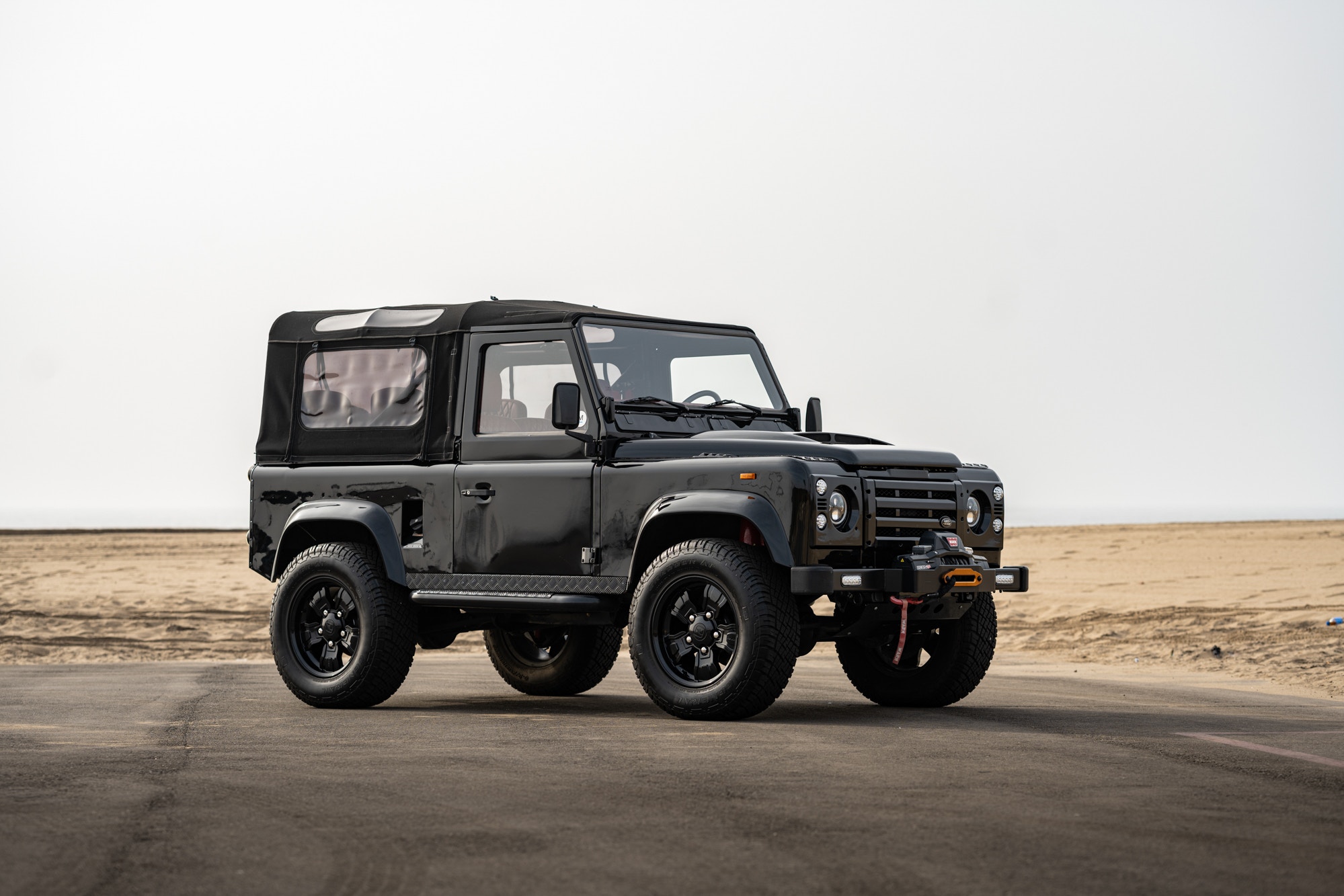 This 1991 Land Rover Defender 90 has been fully deconstructed, refurbished, and reassembled by bespoke specialist The Landrovers in Amsterdam, Netherlands and then was shipped to the United States.

The example has been given a stunning Black finish, contrasting with the bespoke red quilted leather interior with black accents. It sports 18-inch Hawke Osprey alloy wheels with spacers which are also all finished in black.

A roll cage has also been added, as well as a swing-away rear wheel carrier and side protection runners. Quilted leather upholstery wraps both front seats, as well as the middle jump seat, and four flip-down seats in the rear. This also means that the example has a total seating capacity for seven occupants. 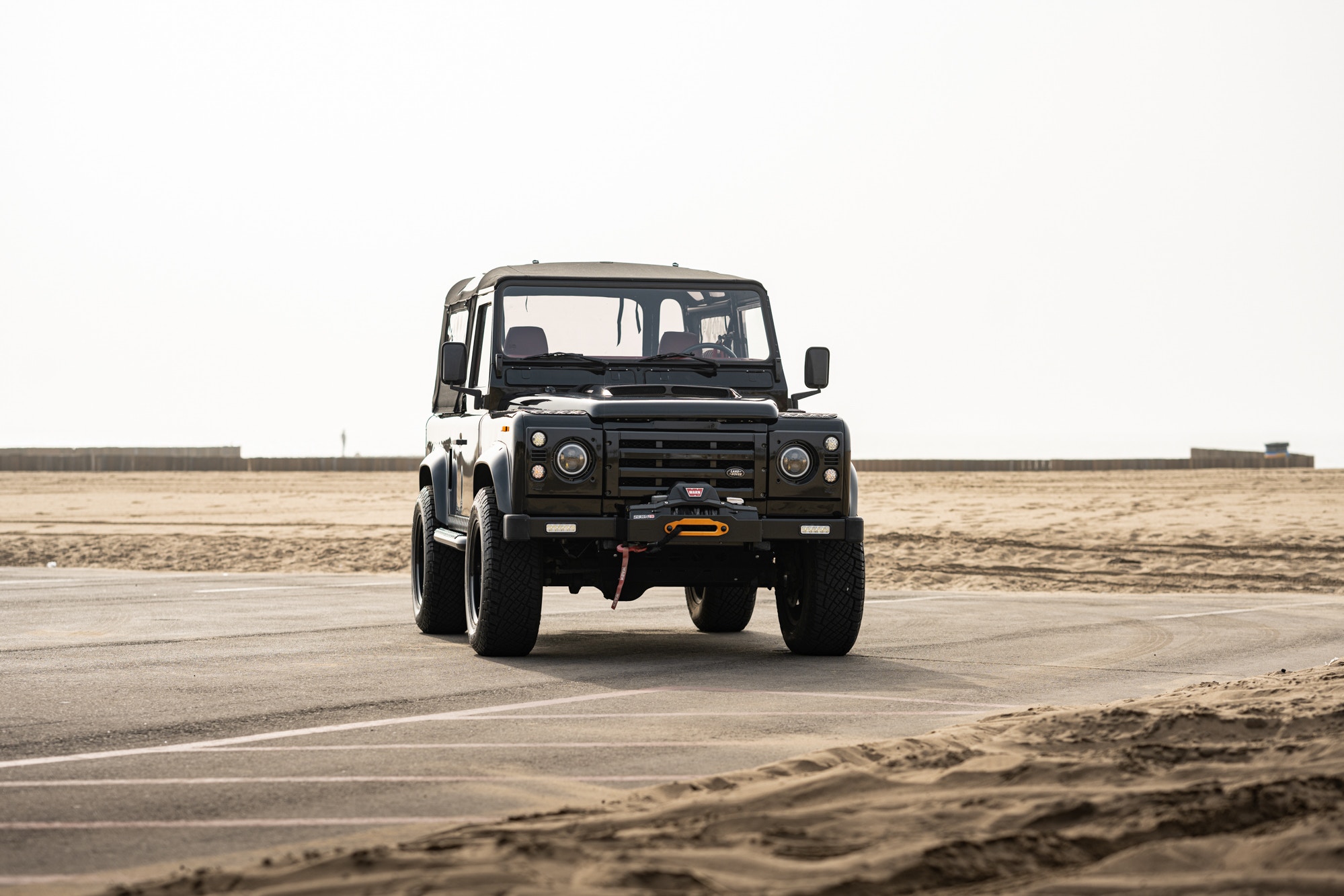 Did you miss our previous article…
https://www.mansbrand.com/ferrari-reveals-new-logo-for-its-75th-anniversary/