At the entrance to Goodwood Motor Circuit, the towering blue Goodwood flags rippled gently in the calm breeze of an April morning and the crisp spring air carrying the remnants of morning frost departed under the warming rays of light from an emergent sun. Whilst the forecast of an overwhelmingly positive weather in West Sussex is never a dead cert, the forecast for a weekend of scintillating historic racing around the 2.36 mile circuit had been on the cards ever since the chequered flag fell on the last race in autumn.

Whilst not strictly the first historic event on British soil in 2022 (the HSCC ran at Brands Hatch the previous weekend), the Member’s Meeting was for many, the first chance to spectate and compete of the year. Once through the gate, crossing over the track to the paddock, the first sight to greet you is a line of Porsche 956s and 962s sitting ominously underneath the bold Goodwood Motor Circuit signage.

Far from a mere ornamental display, these cars were waiting for their chance to attack the track, to the delight of every soul at the circuit, as one of the hotly anticipated demo sessions to accompany the racing. 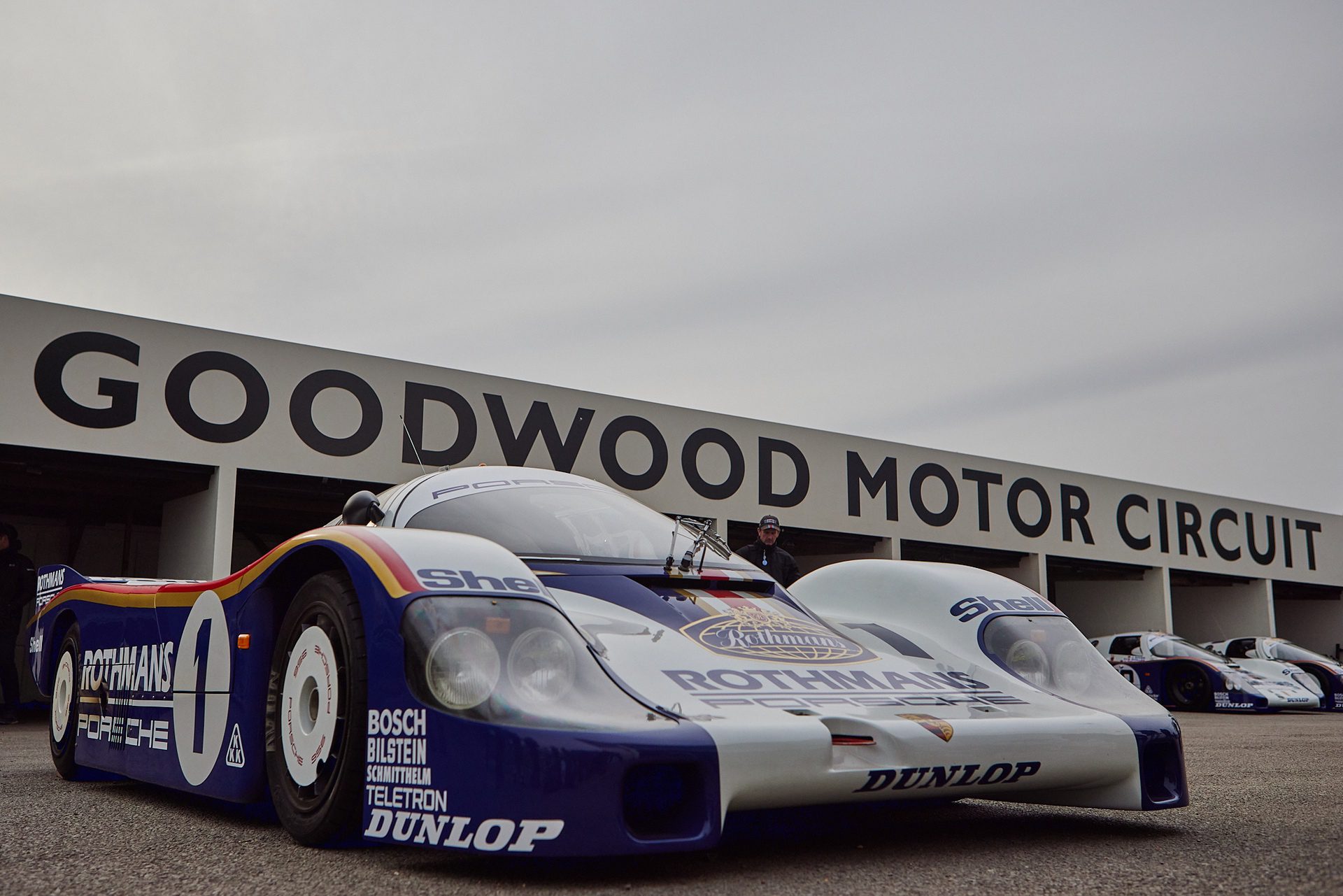 The Member’s Meeting offers a near unrivalled opportunity for spectators to keenly admire and drool over the superb array of collected machinery in a wonderfully unrestricted and inclusive fashion. It’s often cited by racing fans as one of the most approachable and welcoming events in the calendar.

For many, the chance to see a Ferrari 250 LM being fettled to your right, as the final preparatory touches are being made to an Alfa Romeo 8C on your left, with the piercing snarl of a Jordan Peugeot V10 being warmed in the distance, offers a banquet of sensory experiences that you’d be hard pressed to find anywhere else in the world.

Saturday morning gave track time to most of the grids with glorious springtime sunshine beating down on the circuit, offering optimum driving conditions and a sensational contrast of colours against which to view the on-track action. It was a chance for the drivers to assess their performance and test out the limits of both man and machine.

Moving away from the pit area, to the lesser visited back half of the circuit, the crowds noticeably thinned out, offering moments where you could stand alone, serenaded by the symphony of engine notes at full chat as rev limiters got challenged on the fast-flowing Goodwood circuit. 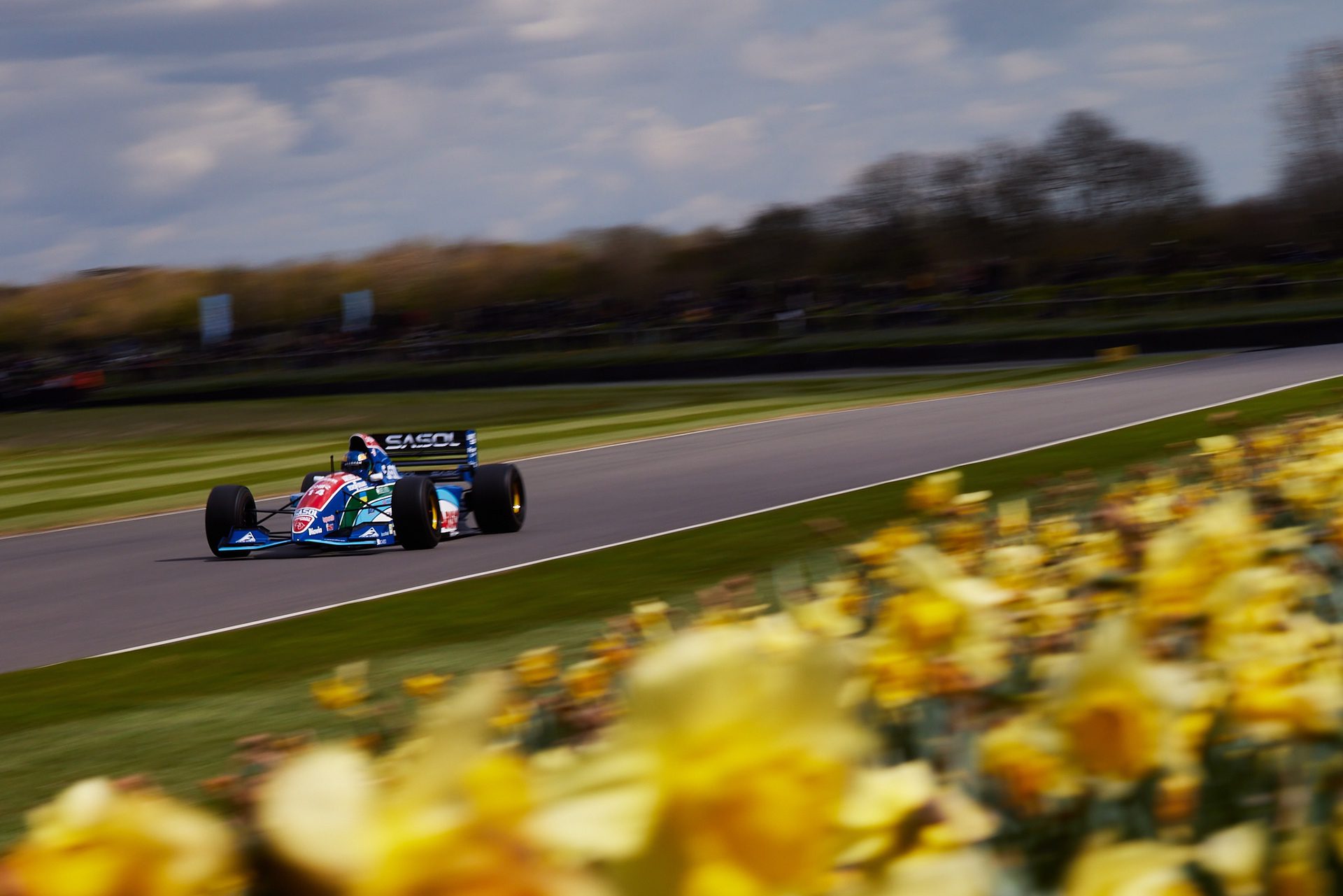 Ignition GP Delivers a Banquet of Formula One Nostalgia

One of the eagerly anticipated highlights of the weekend was the presence of Ignition GP, a collaboration between Supercar Driver and ex-F1 driver Jonathan Kennard.

Assembling a collection of some of the finest Formula One cars from 1989 through to 1997, two demo sessions over the weekend left fans with a not inconsiderable assault on the ears, as a superb variety of cars from this period tore around the circuit, the scream of high-revving V10 engines leaving many to recall this stupendous era of top level Grand Prix racing.

The afternoon saw the commencement of the initial races, as firstly the Hailwood Trophy, combined with the Sheene trophy, saw a superb collection of Formula 750 and 250cc & 350cc Grand Prix motorcycles take to the track for the first of their two races of the weekend.

Levi Day took the first honours of the weekend on a Yamaha TZ350G, with a narrow margin over the chasing pack of Dan Jackson, Richard Wilson, and Andy Hornby, all crossing the line within a second of the leader.

The first of the legendary Gerry Marshall Trophy races

Did you miss our previous article…
https://www.mansbrand.com/sovren-spring-sprints-2022/