It has been two long years since the last Retromobile Salon, so it was not surprising that the event is back and so much bigger and better than ever. From March 16 to 20, Artcurial Motorcars displayed more than 170 vehicles spread throughout more than half a hectare.

For the much-awaited auction, Artcurial Motorcars changed the format. Instead of the usual drive-through, videos and live streaming were displayed and shown during the sale. The Artcurial team could be seen both on the rostrum and on camera as they walked around the cars. With microphone in hand, Antoine Mahé and Benjamin Arnaud really made it into an exciting auction show.

By the latter part of the third day, the team proudly announced that the sale was able to realize €37.8M or $41.7M. It is quite an impressive feat despite the covid restrictions that still made it a bit tricky to travel for some individuals. Even with the restrictions, however, there were still a great mix of international buyers and sellers. There were also bids from the phone and through the internet. Roughly 45% of the total sales were from foreign buyers.

Artcurial Motorcars Managing Director Matthieu Lamoure shared, “This spectacular sale producing multiple records illustrates how strong collectors’ desire is to acquire pieces of history, bringing us together in our shared passion for the automobiles that have always made us dream! After a two-year absence from this international show, what a pleasure to orchestrate a sale in front of a packed saleroom buzzing with excitement!” 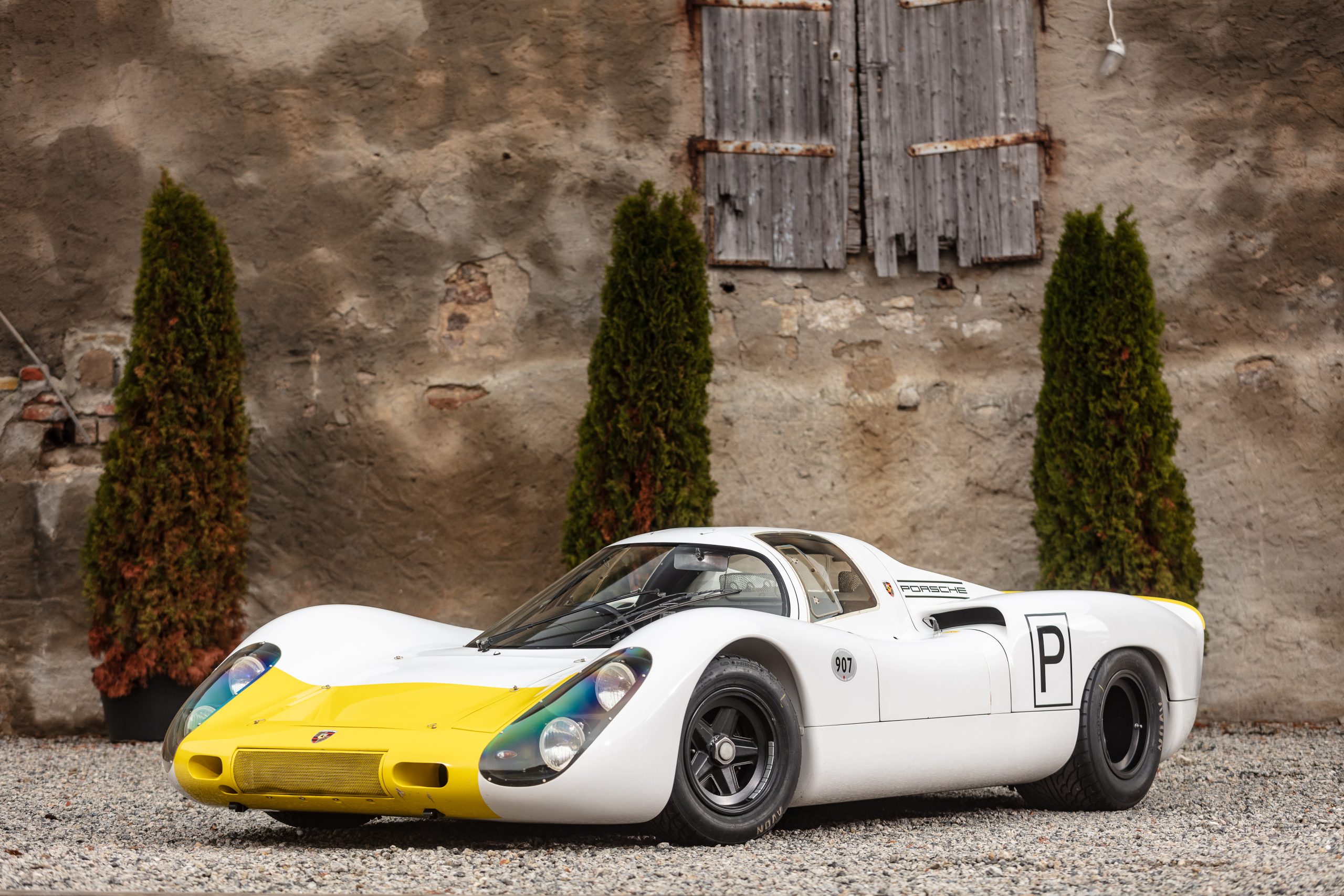 The first day of the much-awaited return of Salon Retromobile 2022 lived up to the hype! The collection of lawyer and Monegasque state advisor Maître Léandri was one of the highlights of the event. It featured four low-mileage supercars that he has owned from new. There was quite a buzz about those specific lots. There were bids from the room, online, and some were even calling in to place their bids.

The collection had a total sale of more than 13 million euros and the supercars were able to get some really competitive prices. Lot 162, a 1996 Ferrari F50 was able to sell for €4,161,600. It is the first time that an F50 was sold for more than €4million in an auction.

A 1968 Factory Porsche 907 of Ernst Schuster (Lot 203) was the top lot for the day as it was able to get a sale price of €4,390,400 including premium. It truly was a magnificent car with an equally impressive history, having participated in the Le Mans 24 Hours for three times. For the last 40 years, it has been in the custody of the consigner. 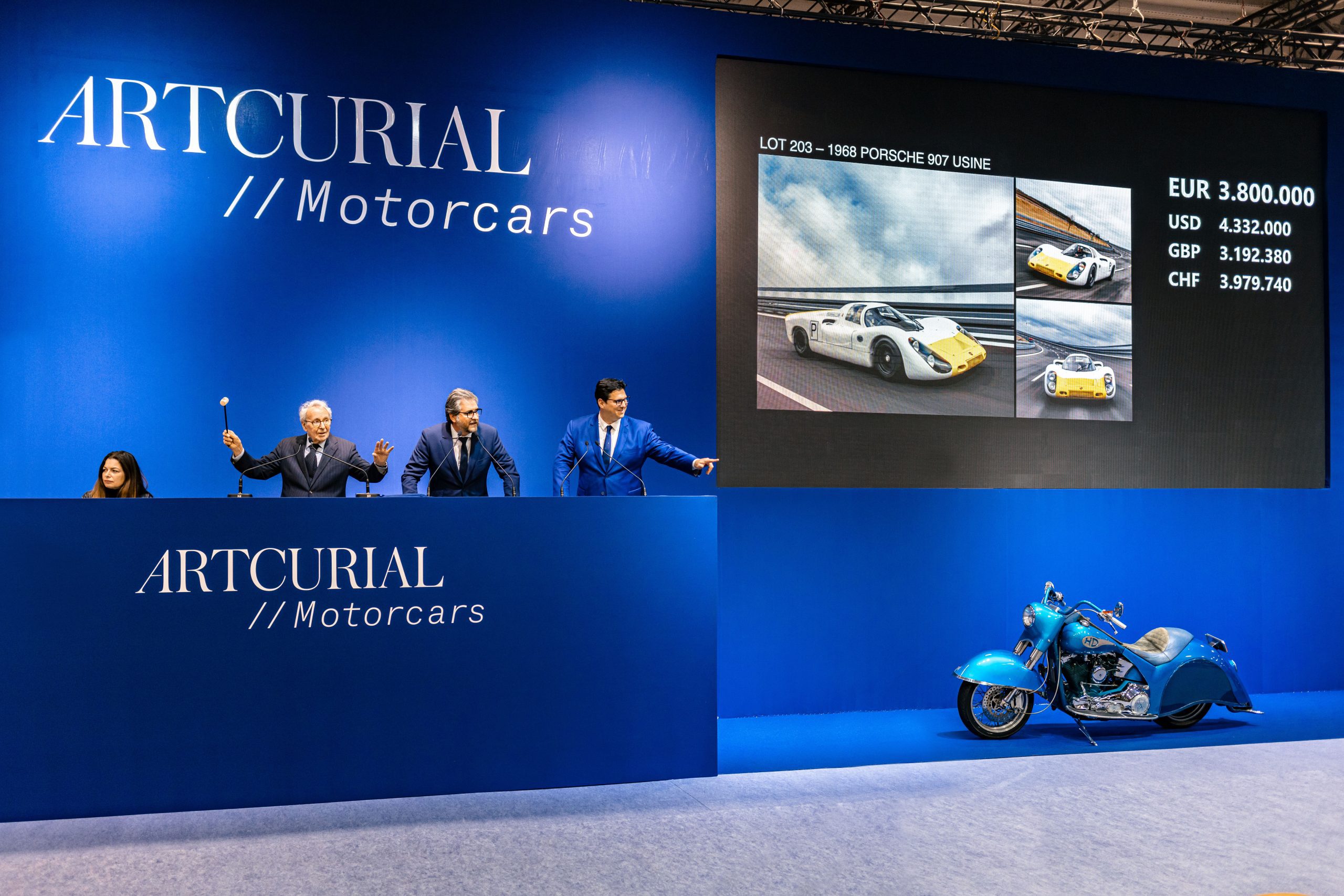 Making a grand entrance to the famous song “Gabrielle” was Jonny Hallyday’s 1990 Harley Davidson Softail Heritage 1340 known as “Laura Eyes”. It roared into the packed saleroom, grabbing the attention of everyone in the room. The consigner won the Harley in a competition back in 1998. The competition was arranged by his fan club, but it was presented to the lucky winner by the famed singer himself. Matthieu Lamoure started the bidding, and it was an exciting and intense ten minutes before the hammer finally came down at €470,840 including the premium.

Applause rang in the room when the Bruno Lafourcade which was made up of mostly Bugatti, achieved an impressive white gloves

Did you miss our previous article…
https://www.mansbrand.com/hagerty-announces-2022-festival-of-the-unexceptional/

Hagerty Announces 2022 Festival of the Unexceptional