An influential and iconic model from Ferrari’s history, the 246 GT is the perfect example for Bell Sport & Classic to showcase their expertise; bringing together originality, keep attention to detail, with the latest restoration techniques and technology to make what could arguably be the best Dino in existence.

In 1969, the example left the Maranello factory and was exhibited at the Frankfurt Motor Show. It was then delivered to West Germany to its first owner. The example was the first Dino to be sold in the country, and it was the seventh L Series that Ferrari made. 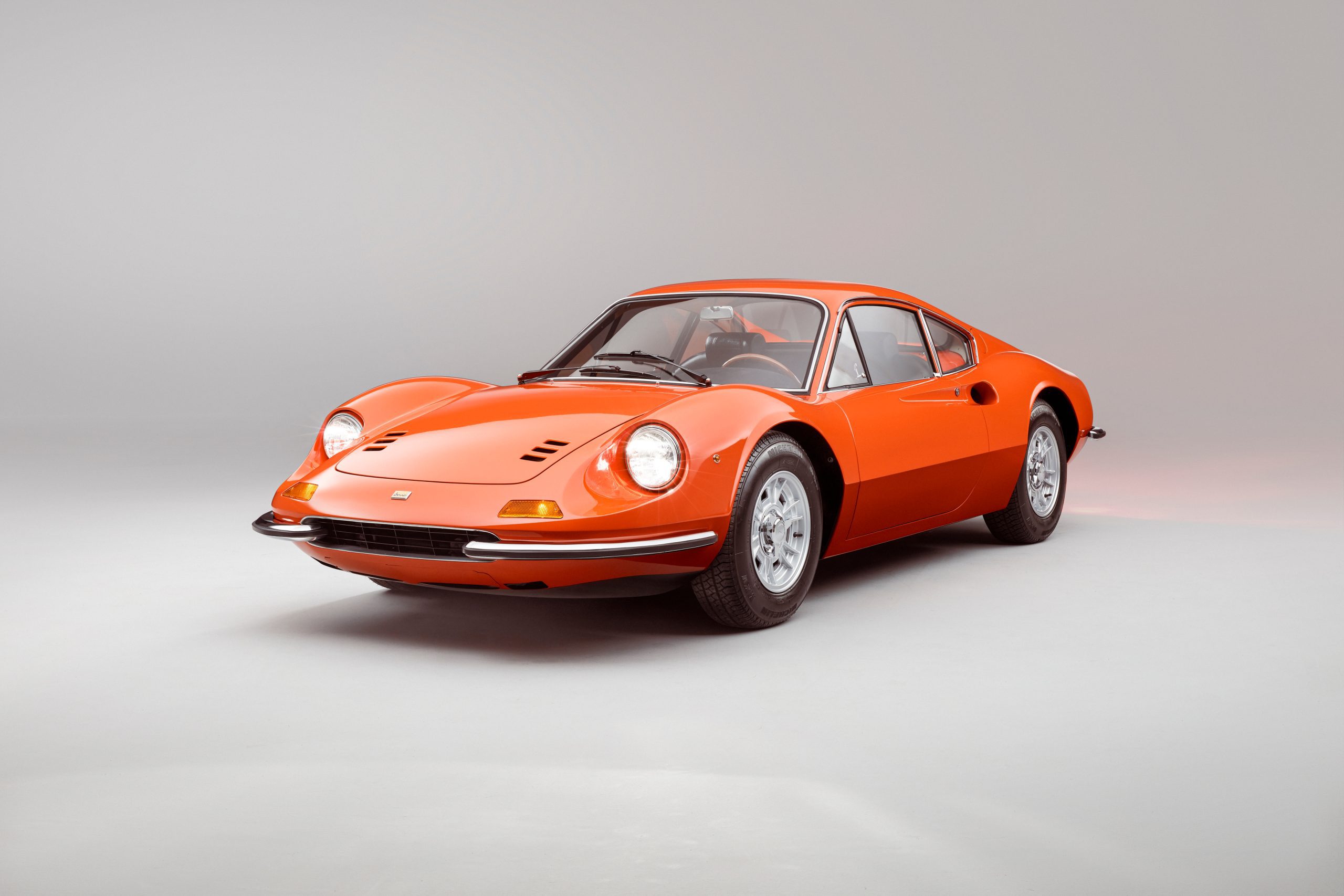 Bell Sport & Classic Managing Director Tim Kearns shared, “Enzo Ferrari first used the ‘Dino’ name to denote a range of V6 Formula 1 and Formula 2 racing engines as a tribute to his first son Alfredo ‘Dino’ Ferrari, helped develop the engines, but tragically succumbed to illness at the age of 24 in 1956. When Ferrari launched its first V6-powered, mid-engined road car in 1968, it did so under the ‘Dino’ brand. And instead of the traditional Cavallino Rampante or Prancing Horse Ferrari badge, the Pininfarina-designed cars carried the signature of Alfredo ‘Dino’ Ferrari.”

The 206 GT variant was the first Dino that Ferrari launched, and it was then equipped with a 2.0-liter V6 engine. A year later, the 246 GT L followed, with a wheelbase that was 60mm longer, and a more powerful 2.4-liter engine like the 246 GTS targa model. Only 357 examples of the L-series Dino were built by Maranello and M- and E-series variants soon followed which were manufactured in greater numbers.

In 1969, renowned motoring and racing driver Paul Frère described the Dino 246 GT L, stating, “The Dino is most fun to drive on roads with lots of bends and good visibility. I know of very few cars that offer as much driving enjoyment through this type of terrain as this one does.”

Frère was not alone in their admiration for the Dino. “Critics and customers alike loved the way the Dino looked, sounded and drove. The car soon became acknowledged as a ‘lifestyle’ icon, even achieving fame in the cult classic detective television series ‘The Persuaders’, in which Tony Curtis drove a 246 GT,” Tim Kearns shared.

“It’s remarkable to think that at the time the car made its debut, Enzo Ferrari was adamant that his road-going creations should only be fitted with V12 engines and launched the new V6-powered Dino as a sub-brand. Yet today, Ferrari has closed the circle and returned to the V6 engine format, albeit in turbocharged guise, with its new 296 GTB.” 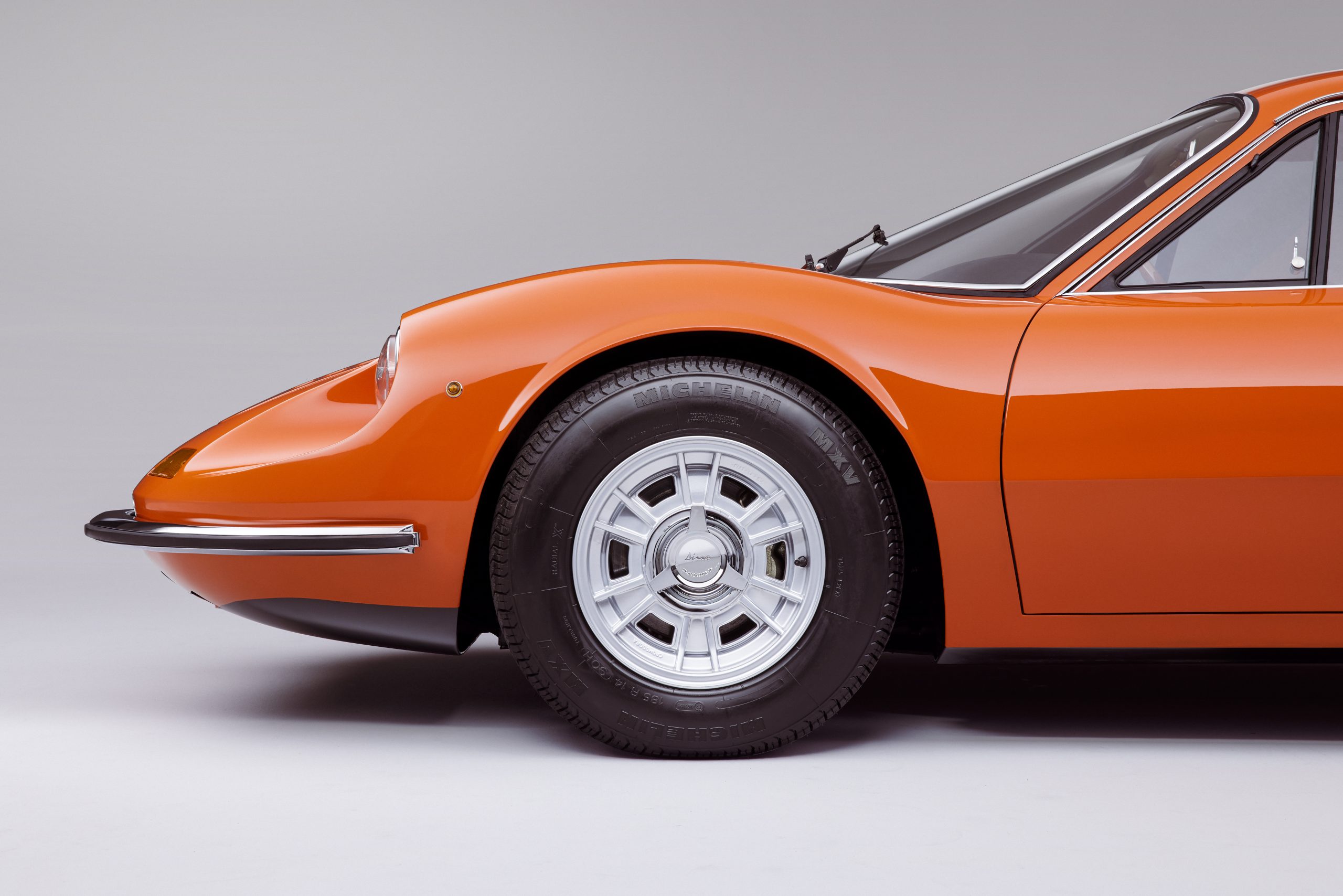 The Dino 246 GT with chassis number 00436, has been confirmed to be the 7th Dino made out of 357 units built. It has traveled around the globe spending some time in Germany, France, Canada, and the U.S. Although it has traveled a lot, 00436has a mileage of only 53,400 miles which is roughly around 86,000 km, after forty-eight years. Before it arrived at the Bell Sport & Classic garage for an extensive restoration, it was in a very sad state of disrepair.

Project leader Peter Ensor shared, “To be honest, I doubt if many other proper restoration companies would have even considered taking this project on. The tired state the Dino was in, it just didn’t look economically viable to attempt to return it to its former glory.”

Ensor, Elliot East, Marc Holden and technical director Attilio Romano consist of the key team that worked on the restoration of the Dino.

“The car had been

The London Concours Presents The Most Iconic Mercedes Models