Ferrari 599 GTB Fiorano comes from the brand’s noblest breed, the V12-powered grand tourers. Not all GTs are created equal though. Starting from 1960 and the 250 GT/E, Ferrari’s grand tourers went two distinct ways, the mellow but potent 2+2 coupés and Berlinettas, distilled, focused and competitive 2-seaters.

The Ferrari 599 is the latter, and goodness gracious it is. There’s no doubt that the 599 is a brilliant machine, but how brilliant is it really? The short answer is very. For the long answer, let’s dive deeper into this bit of modern Ferrari history to find out why it is so!

Under pressure from Ferrucio Lamborghini and the Miura, Enzo Ferrari was convinced by his close associates to give the company’s flagship a thorough makeover through developing a mid-engined car.

By spreading the Colombo V12 to 180° and moving it mid-rear, Ferrari replaced the Daytona with a chimaera of a sports car and a grand tourer, a car that could offer sublime performance and sufficient comfort, something Lamborghini seriously lacked upon introducing the notoriously impractical Countach.

The first iteration of this new concept, the BB Series, didn’t record any particular sales success as it wasn’t even exported to the United States. Its successor though, the Testarossa, became a legend in its own right and a centerpiece of 1980s iconography. As it turned out, the Testarossa also marked the end for the mid-engined flat-12 experiment since Luca Cordero di Montezemolo steered Berlinettas back to the classic front-engined layout with the 550 Maranello and 575M, both powered by an all-new F133 V12.

Just as the F430 was a big leap for Ferrari’s mid-engined family, the successor to the 575M was seen as a trailblazer for the new generation of Berlinettas as well, and as such it borrowed the best technology from Ferrari’s era-defining Enzo and a thoroughly redefined 2+2 GT, the 612 Scaglietti. 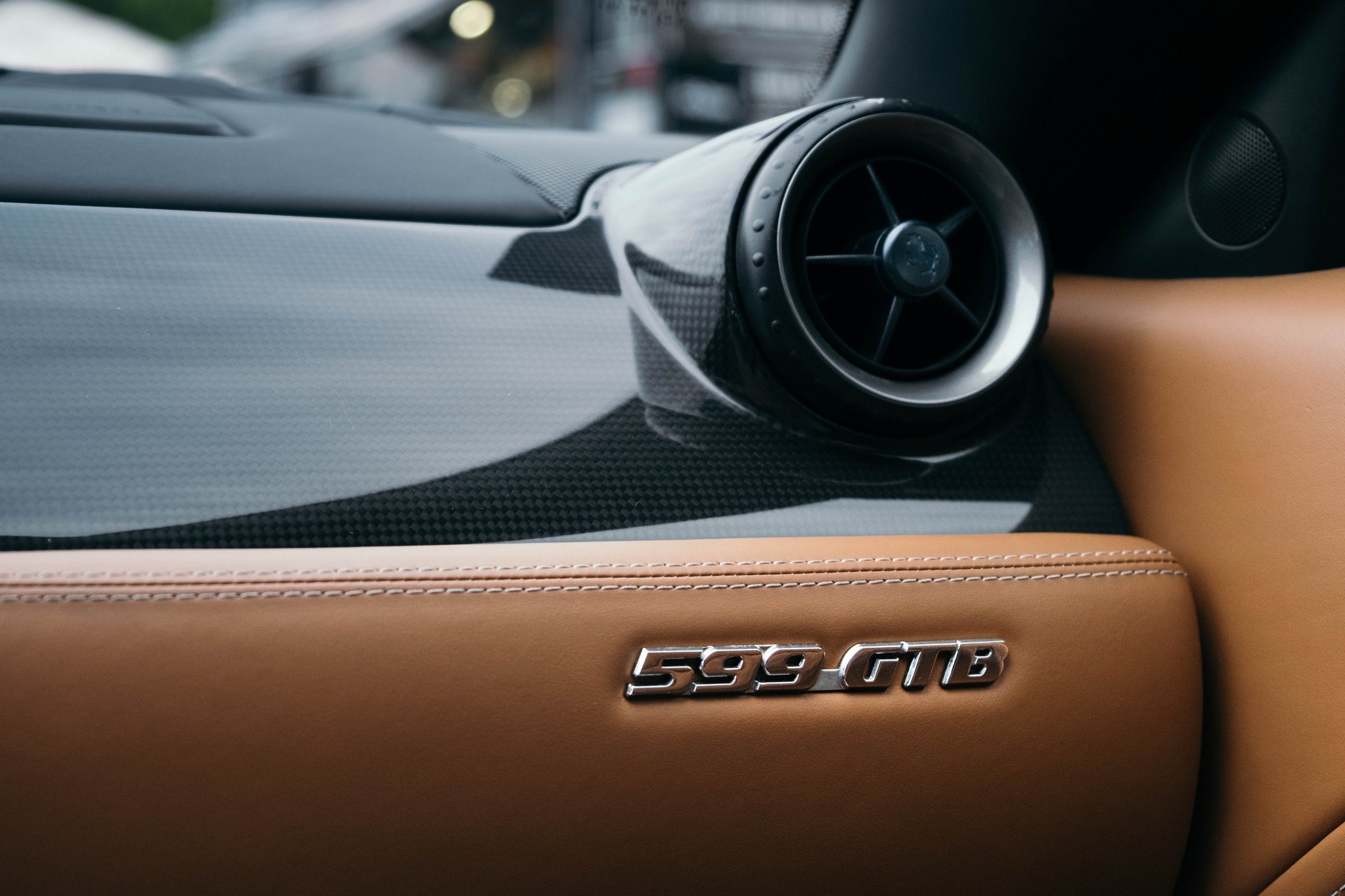 The all-new, modern Ferrari Berlinetta for the 21st century debuted at the 2006 Geneva Motor Show. Its factory code was Tipo F141, but it’s better known to the public as the 599 GTB Fiorano. In line with Ferrari’s nomenclature, the 599 signified the car’s 5,999cm3 engine displacement, the GTB initials stood for Gran Turismo Berlinetta, while Fiorano referred to Ferrari’s test track in Maranello.

Very soon, the 599 GTB met universal appraise for its versatility in performing as both a grand tourer and a front-engined supercar. It came with a sticker price of around $300,000, but the demand outweighed the supply, shooting up the price tens of thousands of dollars upwards. So, let’s see what exactly flocked sports car connoisseurs towards this Berlinetta.

The first time for a V12 Berlinetta, the skeleton of the 599 was an aluminum spaceframe rather than steel tubular frame. The chassis was closely related to the design used on the 612 Scaglietti and was also developed by Alcoa. The aluminum spaceframe design allowed the 599 to have increased wheelbase and length compared to the 575M, all without compromising structural rigidity, thus the car’s overall performance, while also being 132 lb lighter than its predecessor, with the total weight being 3,950 lb. 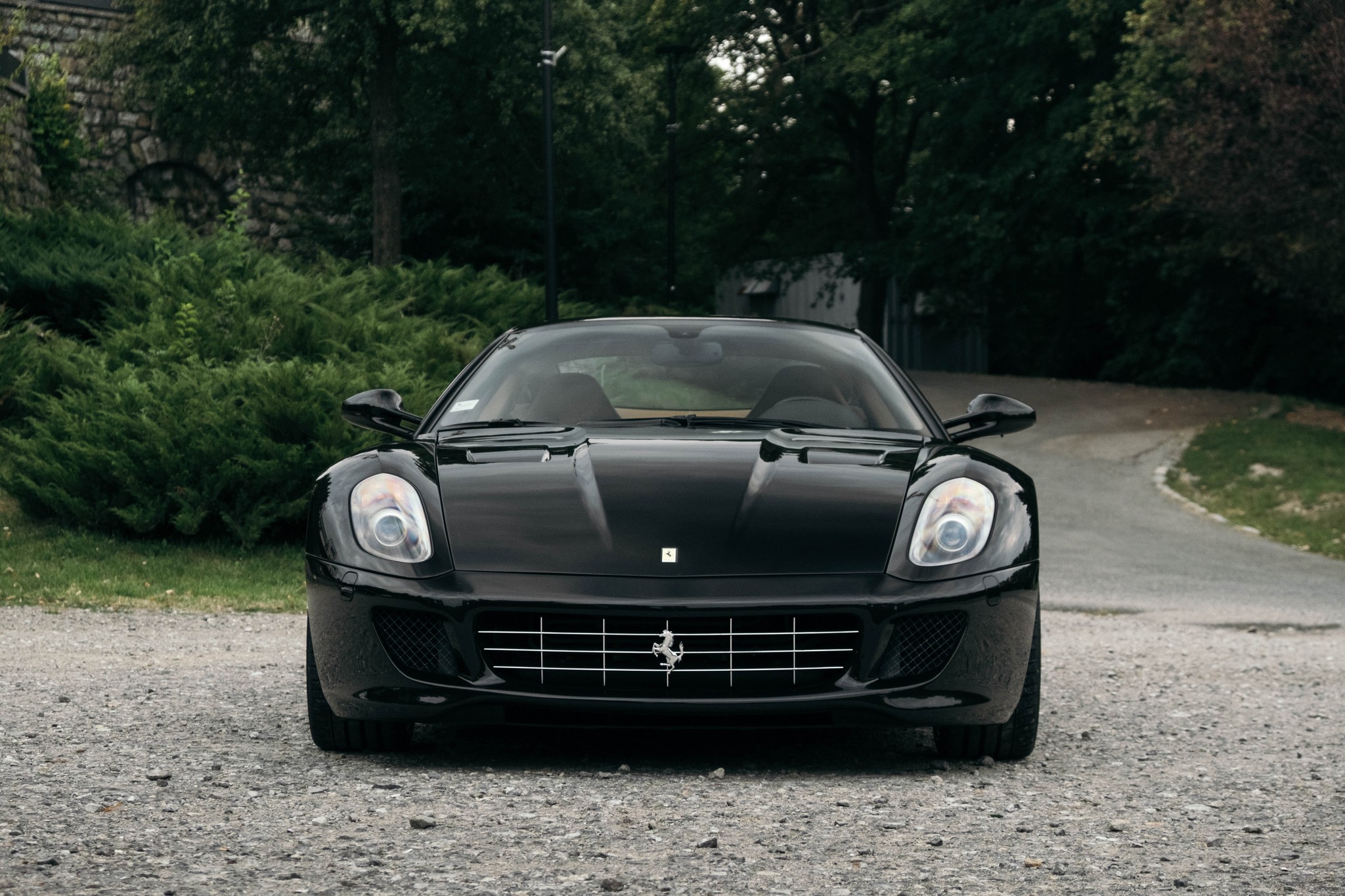 The body of the 599 was designed to complete the V12 lineup alongside the 612 Scaglietti 2+2 coupé. Yet unlike the 612 which paid a tribute to Sergio Scaglietti’s very particular 1954 375 MM built for Ingrid Bergman, Jason Castriota’s 599 GTB Fiorano was very much rooted in the present.

Did you miss our previous article…
https://www.mansbrand.com/a-mighty-friday-day-two-at-barrett-jackson-houston-shines-with-little-red-and-more-record-sales/