In a little more than a week, the famous 1951 Hirohata Mercury Custom will be featured in the largest Collector Car Auction, the Mecum Kissimmee 2022.

It was way back in 1952 when the young Bob Hirohata bought a 1951 Mercury. He then brought it to the shop of the most famous customizing duo of the time; brothers Sam and George Barris so that they can give it a completely radical overhaul that became an instant customization hit during the classic car era.

Almost 70 years later, the 1951 Hirohata Mercury Custom is still celebrated and lauded as a memorable and timeless piece of art. Soon, it will be crossing the auction block. The Hirohata Mercury (Lot S152) will be featured at the famed Mecum Kissimmee 2022 which will be held from January 6 to 16 at the Osceola Heritage Park in Kissimmee, Florida. It will be joining roughly around 3,500 other classic and collector cars, as well as 1,000 items of memorabilia and Road Art.

As one of the most famous classic custom cars, the history of the Mercury Custom is well-known and well-documented in the numerous magazines over the last 70 years. 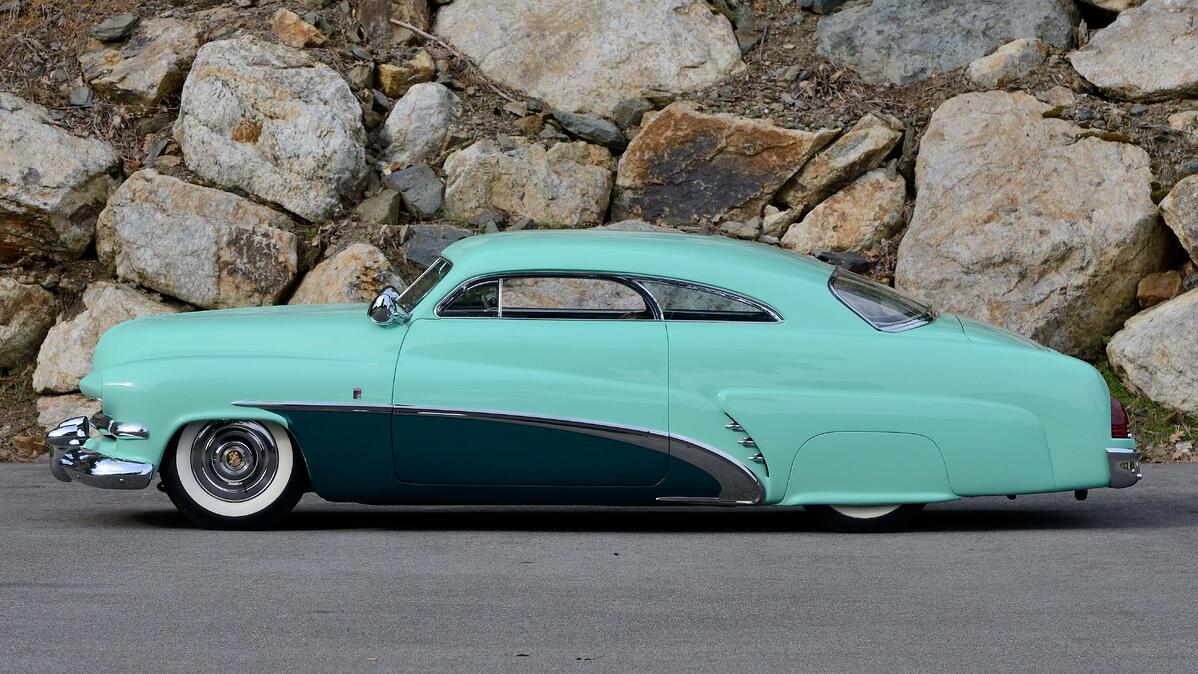 It all started when Hirohata brought the car to the Barris brothers’ shop in Lynwood, California. He then informed them to “go all out” on the customization of his car. It was a command that the brothers happily followed which resulted in a completely new machine unlike any other.

It was also in 1952 that it made its debut at the Petersen-hosted Motorama where it was lauded as the Class Winner. It then got feature stories in Rod & Custom, Hot Rod, and HOP UP. It was also featured on the cover of MotorTrend.

After its successful Motorama debut, the example was used by Hirohata as his daily driver. It was then featured in a few more magazines like the coverage of its Route 66 road trip to get to the Indy 500 back in 1953. It dominated the big car show, and it was also there that it got the moniker “Mercillac”.

George Barris also worked to get the car to appear in the teen car film “Runnin’ Wild”, featuring Mamie Van Doren. To show better contrast on screen, Barris had the upper area of the car painted in Avocado Green. In 1955, Hirohata sold the car as is complete with the Avocado Green paint.

Eventually, it was acquired by Jim McNeil who then placed it in long-term storage. Later on, he decided to restore the ‘Mercillac’ back to its 1952 look when it appeared at Motorama. This project ended up taking several years to complete. It was also featured in Rod & Custom magazine. 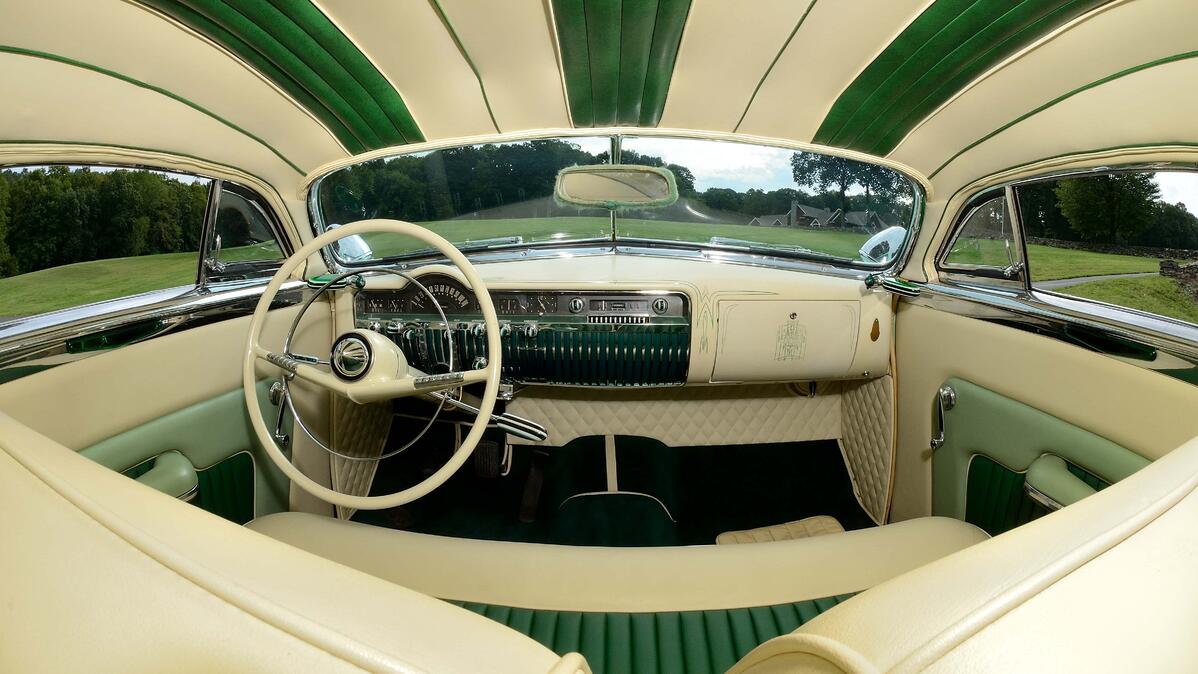 Its reappearance was immediately noted and after the restoration was completed in 1996, it was put on display at several events. It was featured at the 2011 Customs Then and Now display at the Grand National Roadster Show, and in the same year in April, it was shipped to the renowned Custom Motor Show in Elmia, Sweden.

In 2015, it was entered at the Pebble Beach Concours d’Elegance. Having kept its original 1953 Cadillac 331 CI OHV V-8 engine with three Stromberg carburetors, as well as all the special tricks that the Barris crew knew. This resulted in the example being awarded Best in Class as well as the Dean Batchelor Most Significant awards. For a week, it was displayed in a glass enclosure in Washington D.C. It then went to the Petersen Museum in Los Angeles where it was again displayed to the delight of the public.

Vice Presidents of Consignments Frank Mecum shared, “Few vehicles ever built have received the global attention and jaw-dropping awe that the Hirohata Merc has. Mecum Kissimmee 2022 has many headlining consignments, but this iconic gem will draw the appeal of everyone for its ageless beauty and unique, history-making design, craftsmanship and presentation.”

Aside from the wide variety of vehicles and Road Art, the upcoming Mecum Kissimmee 2022 will also be featuring Mecum Midway of food, exhibitors, and live entertainment acts. There will

Did you miss our previous article…
https://www.mansbrand.com/for-sale-two-rare-land-rovers-at-collecting-cars/