Sixty years ago, the London suburb of Surbiton must have seemed like a paradise for automotive fans with a bit of mechanical skills. There were car parts, scrap metal, and tires everywhere. In the background is a dedicated father busily working on cars and bikes in a garage. It certainly seemed like paradise for John Cooper whose childhood shaped who he will eventually become; a renowned racing car engineer after the end of the Second World War.

Today, John Cooper’s name has been associated to his legendary success in Formula One. He was also credited for the sporty models from the MINI brand. In 1959, the revolutionary classic Mini was introduced, but it was John Cooper who was responsible for the release of its more powerful variant some two years later. The Mini Cooper’s high agility and spirited power immediately caught people’s attention. Even after 60 years, the names of the very traditional British car manufacturer and the legendary sports car engineer are often said together. And since then, the Mini Cooper has been synonymous with driving fun and minimal external dimensions. 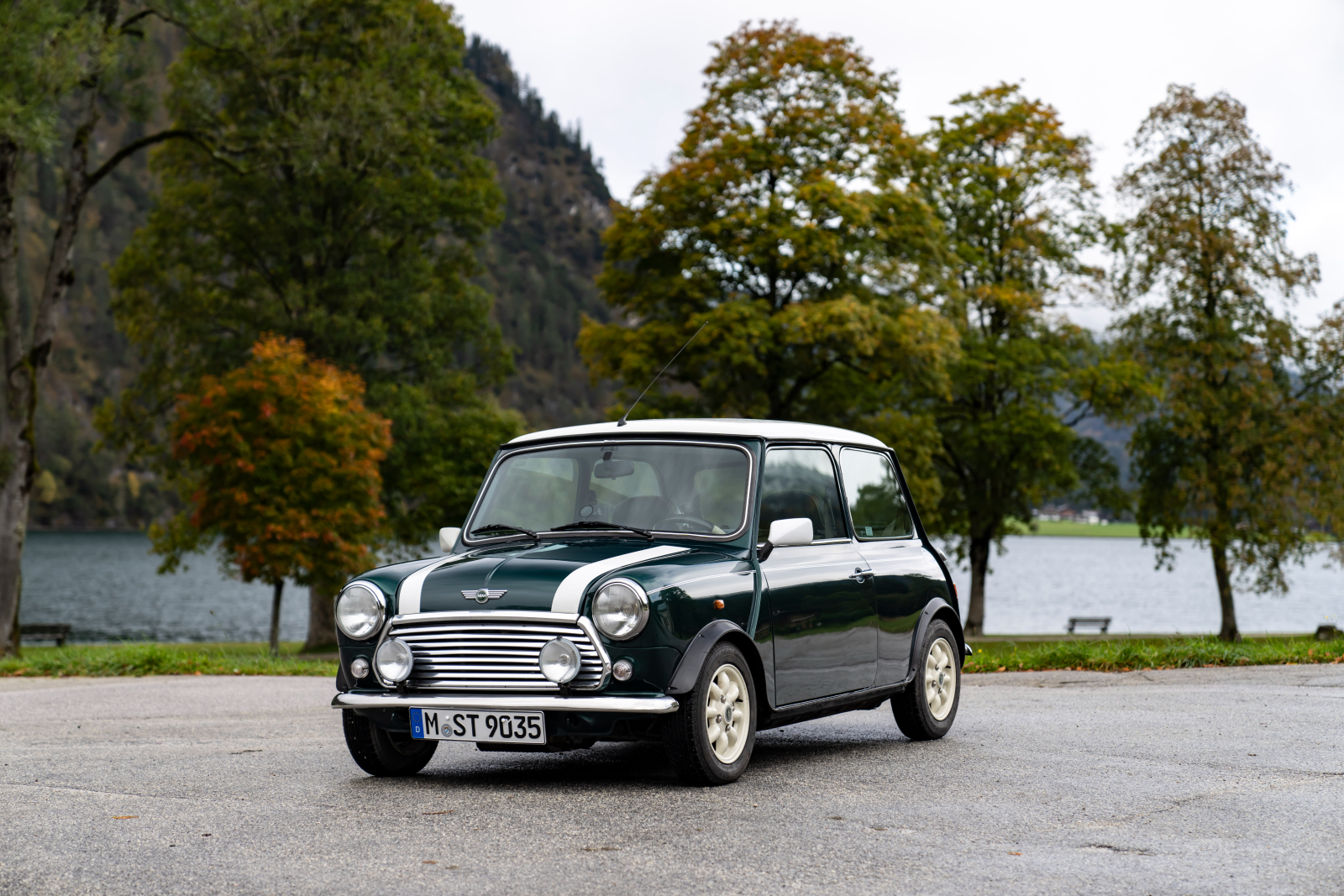 Soon after the end of the war, Great Britain’s desire to race was reawakened. Tracks were marked and competitions being held all over the country. John Cooper did not only have the ambition to dominate the field, but he also had the talent to back it up. In 1946, John’s father founded the Cooper Car Company. At this time, John was only 23 years old. It wasn’t long before they developed and built successful Formula 2 and Formula 3 racing cars.

John’s ingenuity blossomed and it was clearly shown in the creation of a new type of Formula 1 racing car. The engine was placed not in front of the driver as was customary at the time, but was placed at the back. In 1958, Cooper celebrated their first victory with the car. In 1959 and 1960, the Cooper enabled Jack Brabham to claim the world championship title. It was then that the mid-engine principle permanently established itself in Grand Prix racing. Until the end of the 1960s, Cooper’s team was active in Formula 1. It was the time of great drivers as Jack Brabham were joined by the likes of Sir Stirling Moss, Jochen Rindt, and Bruce McLaren. 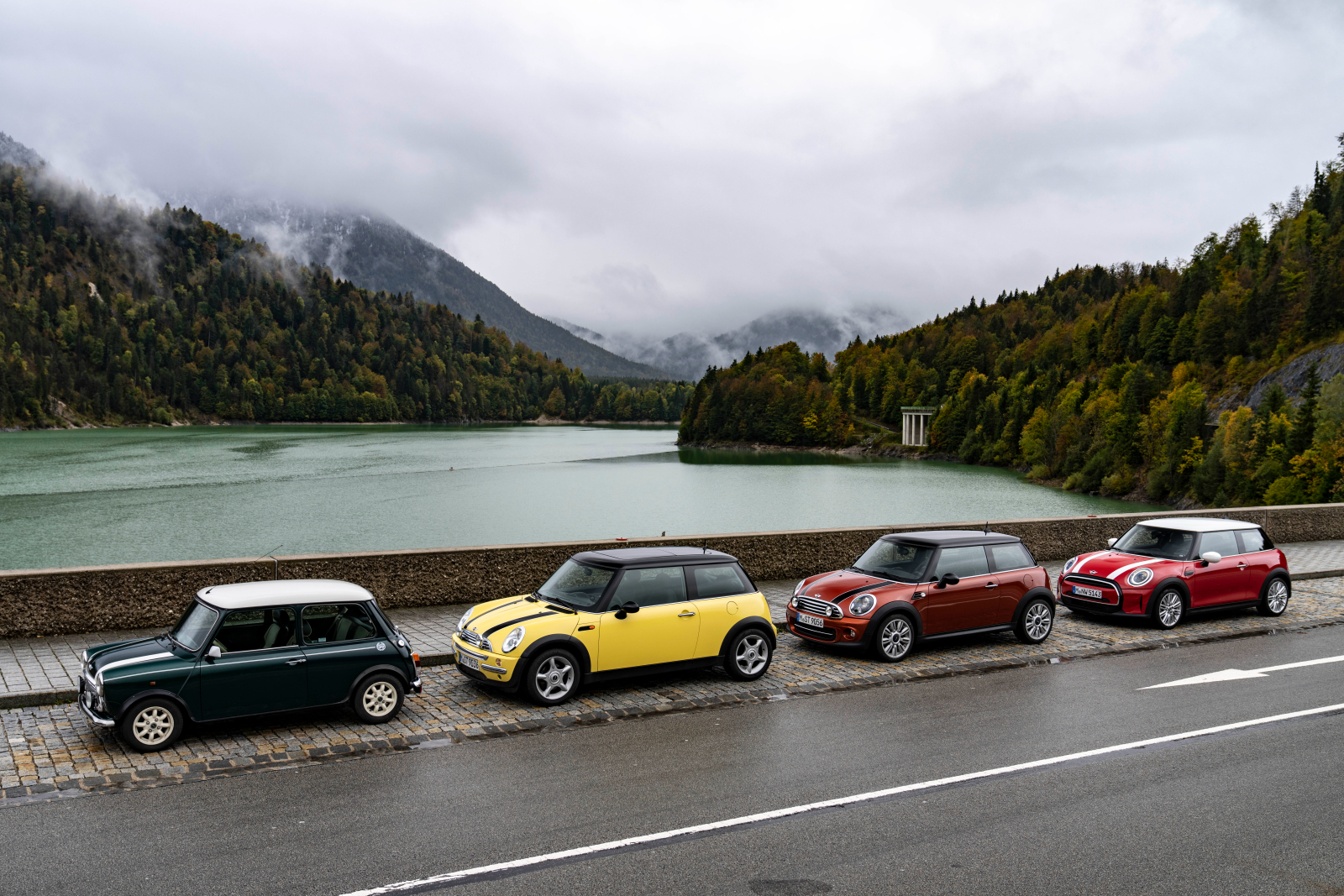 Once again, it was a revolutionary design that influenced everything. While John Cooper was concentrating on formula racing, the British Motor Corporation – thanks to engineer Alec Issigonis – was able to develop a new small car. The car was only a little more than three meters, but the classic Mini was able to give a surprising amount of space for four passengers and their luggage. Issigonis had arranged for the small car to have the engine transversely at the front while the gearbox is directly below. He positioned the wheels far out, and also had short overhangs. The classic Mini, with its transversely positioned four-cylinder engine and front-wheel drive, Issigonis’ classic Mini laid the groundwork for a design for small and compact cars that is still being used as to today.

The engine output of the classic Mini is at 34 hp, but thanks to the front wheel drive, torsionally rigid body, and a wide track, the car was light and had a surprisingly agile cornering performance.

Originally, Issigonis was thinking of providing a low-priced and economical vehicle that everyone can have, but even then, John Cooper immediately saw the sporting potential of the classic Mini. The two gifted engineers have met previously in racing activities, they later connected for business, and eventually formed a strong friendship over time. At the time, though it took a bit of a

Did you miss our previous article…
https://www.mansbrand.com/petersen-museums-future-or-motorsports-panel-discussion/