After the qualifying fun of the Monterey Motorsports Reunion Day 2, it’s time for the engines from 1920 through to 2012 to roar in anger once more. Yes indeed, it’s race day! 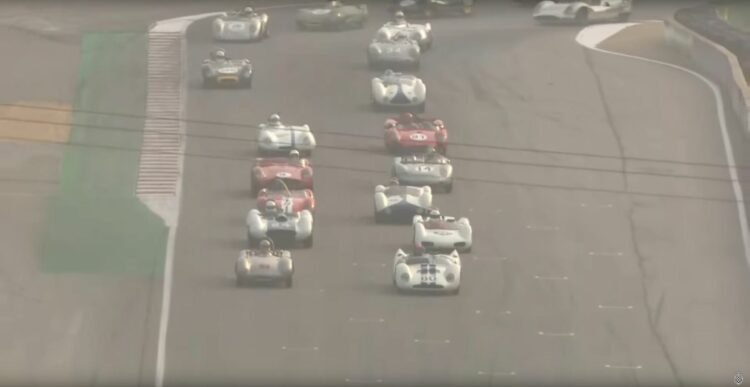 Keep in mind that, if you want to rewatch the live stream here: Monterey Motorsports Reunion Day 3, some of the owners that entered the races are there mostly to give a good show and let the classic sounds of racing echo through the Laguna Seca basin. However, as you watch, there are some owners that entered the event to actually race, and there are some excellent wheel-to-wheel moments in cars worth millions of dollars fighting just inches apart!

With that said, let’s dive into the special cars of the day. 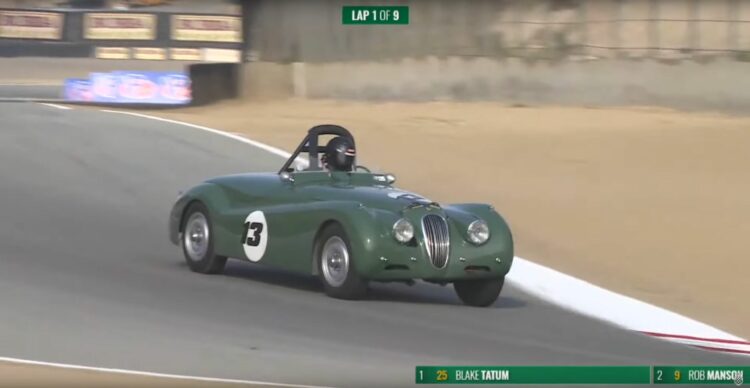 By the time the Jaguar XK120C launched in 1948, the British marque had been out of racing, and sports cars in general, for almost a decade. So it was to much surprise that not only did they return to sports car racing, they came back with something that was smooth, sleek, and looked fast just standing still. And if the sleek, low shape might have some of you Jaguar fans out there thinking it looks very similar to a much more popular car, then you would be correct in assuming that the XK120C OTS (Open Top Speedster) is the first car that led through a couple of evolutions to the inimitable Jaguar E-Type.

The XK120 also became one of the first true customer racing cars, where you could take your road-going XK120, and with a few additional bits ordered through your local Jaguar dealer and your car in the dealer’s garage for a few days, turn it into a race car ready to go. The most important part of this conversion through the dealer was engine, which is one of the true classics of Jaguar, the 3.4L Inline-Six. In road spec, it produced 160 HP, but changing out the double SU H6 carburetors for double SU H8’s, and replacing the standard head with one made for the C-type race car, the engine was suddenly outputting 210 HP.

As the XK120 was sold as a “road car ready to race,” Jaguar had the foresight to allow for the mounting of a small aero screen deflector on the dashboard, and the windshield was removable by undoing four bolts. This allowed for one to enjoy a Saturday drive, then with 15 minutes and a set of spanners, go racing on Sunday. It’s no wonder that over 12,000 of these cars sold, despite them not being what one would define as cheap in their day. Still, this car started what would become customer racing, where privateers and small teams could buy the same race car that the factory team used, and as long as you were willing to insure and drive it, you could have just as much fun as the factory drivers. 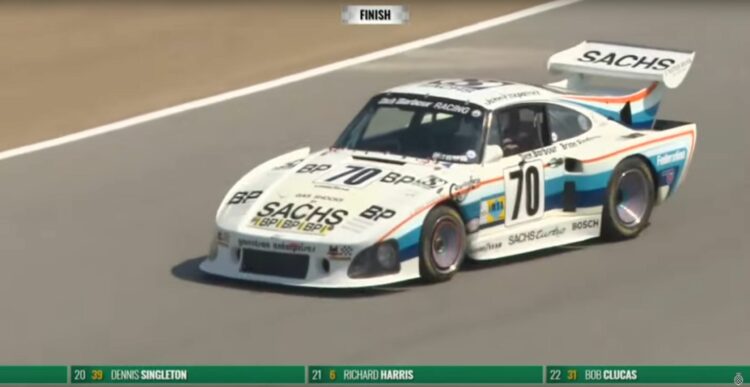 In our highlights article for Day 1 of the Monterey Reunion, there was a car that was hailed as one of the greatest Group C cars to have been made, the 1988 Porsche 962C. It was powered by an engine known as the Type 935 3.0L flat-six,

Did you miss our previous article…
https://www.mansbrand.com/collecting-cars-offers-1993-alpine-a610-by-influencer-and-automotive-engineer-corbin-goodwin/

And The Winner Of The Pebble Beach Concours d’Elegance is….