Out there since the mid-1950s, the Mercedes-Benz SL has been a staple post-WW2 sports car for Stuttgart’s automaker. Deeply rooted in motorsport, the roadgoing SL was born by taming a Le Mans-winning 300SL race car and from there, it branched into two categories.

First, there was the über SL, a lineage of front-engined supercars that started with the iconic 300SL Gullwing and continued through the SLR McLaren, the SLS and the AMG GT. The other one, a topic of this article, was a more sensible family of mass produced sports cars carrying the SL badge with pride.

Even though each SL has always been one of the finest roadsters money could buy, not all of them left the same impact and the dynasty has had its highs and lows. In wake of the introduction of the all-new AMG-developed SL which promises to bring new life to the struggling name, we will rank all Mercedes-Benz SL models from worst to best. So, let’s go! 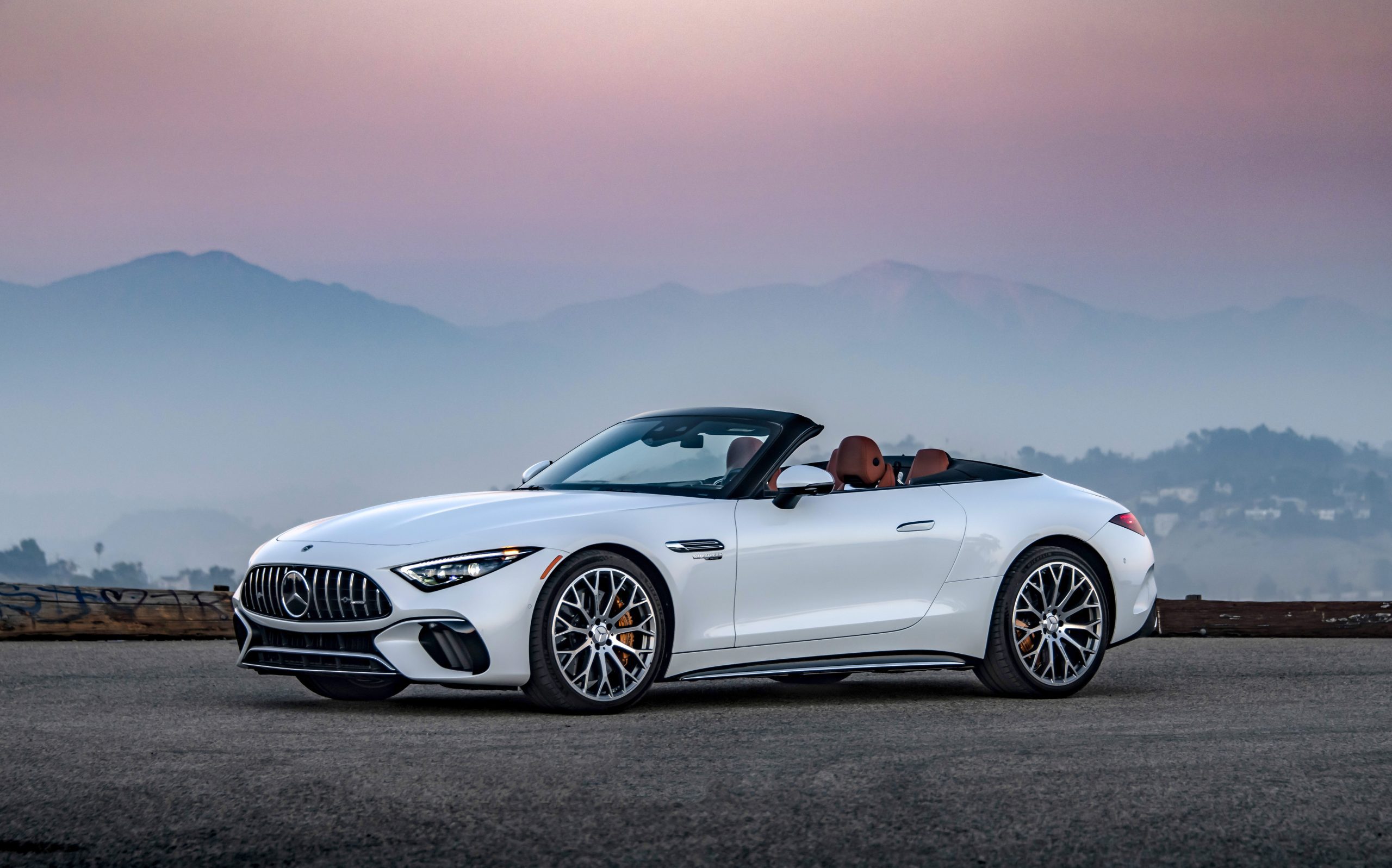 It’s no secret that the SL has had it rough in the past few years and the 2022 Mercedes-AMG SL is set to spin the wheel of fortune for the long-running dynasty. Officially named R232, this power roadster was developed by AMG, ensuring a much needed injection of fun to the nameplate that has fallen from grace in recent years. Its design follows the vision behind it, with the R232 looking sharper and more dynamic than its predecessor, hinting that the SL wants to restore its former glory of an exclusive, technologically advanced driver’s car.

Upon introduction, purists cheered at the notion of the SL keeping V8 power under its hood while also getting a rag top, yet on the other hand, the internet was quick to boo the entry-level 2023 SL 43 powered by an inline-four. Still, the four-banger has a lot to offer, producing 318 horsepower and 353 lb-ft of torque, in part thanks to using the F1-derived electric exhaust gas turbocharger, for the first time in a production car.

For those inclined towards a more traditional SL experience, the SL 63 and SL 55 both offer a 4.0-liter twin-turbocharged AMG V8 tuned to produce 577 and 469 horsepower respectively. The R232 SL has garnered nothing but positive reviews, exactly what Mercedes-Benz needed, but it’s still early to find it the definitive place in history.

First off, let’s say that this Mercedes-Benz SL is not a bad car per se. However, if you can’t remember seeing this car in flesh or if you are completely oblivious to its very existence, we can’t blame you, because the R231 SL was definitely the least present and the least recognizable of them all. But why is that so?

In short, it was a cannibalistic in-house competition that got the SL to its lowest point ever. Stuck in the middle between the ultra-capable AMG GTC roadster and the opulent S-Class Cabriolet, the R231 SL was struggling to get its market share, especially with the younger audience. Moreover, despite all weight reduction compared to the previous generation and regardless of Mercedes-Benz keeping the V12-powered SL65 AMG version, the R231 SL was universally perceived as a sedated cruiser.

So, just like the R107 in the late 1980s, it was a go-to car for well-off retirees, a loyal but hardly ideal clientele. Unlike the R107 though, the R231 never shined as an SL, and as such it occupies the last place on our list.