In less than a week, the much-awaited event, the London Concours, presented by Montres Breguet will start. And just recently, they revealed a most stunning line-up of exotic supercars that will be on display during the three-day event.

Starting with the ‘Pursuit of Speed’ class, it consists of 15 of the most outlandish super and hypercars in existence today. On June 30, another 45 exotics will be displayed on the Honourable Artillery Company grounds for the dedicated Supercar Thursday, sponsored by Amari Lifestyle and in association with Drivers Union. The variety of truly spectacular cars (from the 1970s to the present day) will be seen in the central London location adding to the already impressive automobiles in the event which is showcasing cars from more than 100 years of motoring.

The huge variety of automotive exotica will include what many considers to be the ultimate supercar: the unparalleled Ferrari F40. In 1987, the F40 was launched in a relatively low-profile Civic Center in Maranello. It wasn’t long however, before it captured the attention of car fans all over the world. Designed by Pininfarina, the stripped-out, two-seater Ferrari was powered by a 2.9-liter twin-turbocharged V8 engine that was officially rated at 470 bhp. During practice, and on the road, a lot of people believe it was producing more, roughly over 500 bhp. It had a dry weight of 1100 kg with 426 lb/ft of torque. The F40 was simply speaking, very powerful. With the right driver, it could go from 0 to 60 mph in 4 seconds, and 100 mph in only 8 seconds, and a top speed of 201 mph. Handling of the F40 was also superb, completing the package of an almost perfect supercar. It has been 35 years since it was launched, and throughout the decades the iconic and legendary F40 has kept its unique magnetism. The London Concours will give guests a chance to marvel at this legendary supercar as it is displayed in the heart of London. 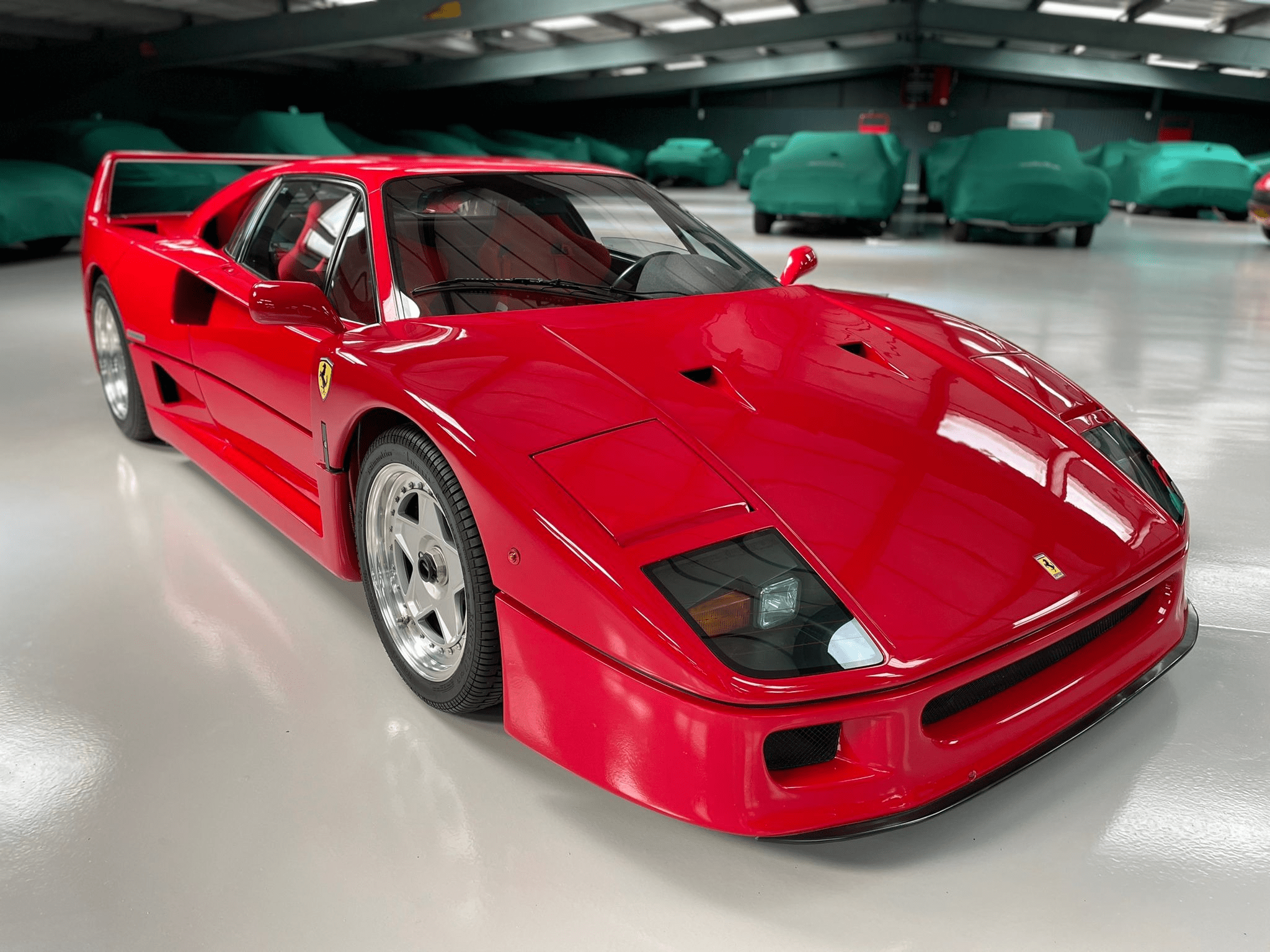 Joining the F40 at the London Concours is its direct successor, the Ferrari F50. It entered production in 1995 as part of the company’s 50th anniversary celebration. After releasing the turbocharged F40 and 288 GTO, Ferrari gave the F50 a naturally aspirated, carbon tubbed 4.7-liter V12 engine matched with a 6-speed manual gearbox. It was officially rated at 512 bhp, but in terms of outright performance, the F50 seemed to be a little lacking, especially when compared to its turbocharged predecessor. The difference in performance was so evident that journalists were not allowed to figure the F50 at launch. With a obvious decrease in power, it was not surprising that the F50 was given mixed reviews at the time. In recent years though, the high-tech, highly-strung supercar is seen in a better light. What it lacked in power was made up by the highly responsive engine and overall purity of driving experience that the F50 provides. During its three-year production run, only 349 examples of the F50 were produced, which is one of the factors that make it one of the classic supercar legends.

Ferrari fans will be delighted to know that the Maranello ‘halo car’ will also be present at the London Concours. Officially, Ferrari has given it the code name F60, though it is more commonly known as the Enzo. Twenty years ago, the Enzo was launched at the 2002 Paris Motor Show, and it immediately made its mark as a technical masterpiece. Powered by a 6.0-liter V12 engine, it has a gigantic 650 bhp and 485 lb/ft of torque matched with an F1 inspired 6-speed Graziano automated manual gearbox.

The capability of the twenty-year-old Enzo is so powerful that it can even match the supercars of today. It can accelerate from 0 to 60 in just 3.1 seconds, and has a top speed of 217 mph. Only 400 examples of the Pininfarina designed two-seater coupes were produced. It was certainly a powerful rival, going up against the Porsche Carrera GT and the Mercedes-McLaren SLR. Back in 2002, one had to be invited to be able to acquire the Enzo, and those who took up the offer got so much more than what they bargained for; for £450,000, they go a legendary car that actually appreciated in value over the years. These days, Enzos are worth millions.

Did you miss our previous article…
https://www.mansbrand.com/auction-1965-lola-t70-mk1-spyder/