In a little more than a month, Silverstone Auctions will be hosting their first sale in 2022 in an impressive new venue, The RAF Museum, located on the outskirts of London. On March 5 and 6, 2022 a spectacular lineup of classic, competition, collectors’ cars, and even automobilia will be on offer, and they will surely grab the attention of any motoring enthusiast.

The RAF Museum London also currently houses an impressive aircraft collection, and it will be a gorgeous location for this year’s first live event for Silverstone Auctions. The auction itself will be held amongst a variety of RAF exhibits creating a great mix and contrast of historic best-of-breed ‘wings and wheels’.

There are numerous impressive cars listed in the sale, but there are just others that simply stand out as a very rare and extremely special entry. One of which is the 1939 Frazer Nash-BMW 327/80 Cabriolet. It has a rich history and is one of only 19 examples that were imported to the UK last century. This was because of an agreement made in 1934 between BMW and Frazer Nash from Middlesex so he can sell cars under their own brand name of ‘Frazer Nash BMW’. The deal held until the start of World War II in 1939.

The car would be a prized jewel in any automotive collection. It is believed that there are currently only 12 in existence which includes the one that will be on offer during the event. The Frazer Nash BMW 327 sports Anglo-German engineering and craftsmanship, and in 2005, it received a full restoration done by marque specialists TT Workshop. It has become part of BMW UK’s Historic Fleet which has been seen in a variety of displays since 2015.

The example has a Midnight Blue Over Cream finish and a folding soft-top. It is the embodiment of elegance from a bygone era and yet it still commands the admiration and awe of many today. The gorgeous exterior perfectly matches the luxurious navy-blue leather interior with Art-Deco faced instrumentation.

While the extremely rare Frazer Nash 327 will definitely grab attention during the Silverstone Auctions’ first event of the year, there are also a lot of other very interesting and noteworthy lots that will be part of the event.

One of which is the striking 1991 Porsche 911 (964) 3.3-liter Turbo that would surely grab the attention of Porsche enthusiasts. The example is in its original C16 UK specification with a rare and coveted Tahoe Blue finish. There is also the righthand drive 1992 Ferrari 348 TB which was originally sold by Nigel Mansell Sports Cars. A 1961 Jaguar E-Type 3.8 ‘Flat Floor’ Roadster is another classic icon, and the car has been perfectly restored and is a great example of its type. 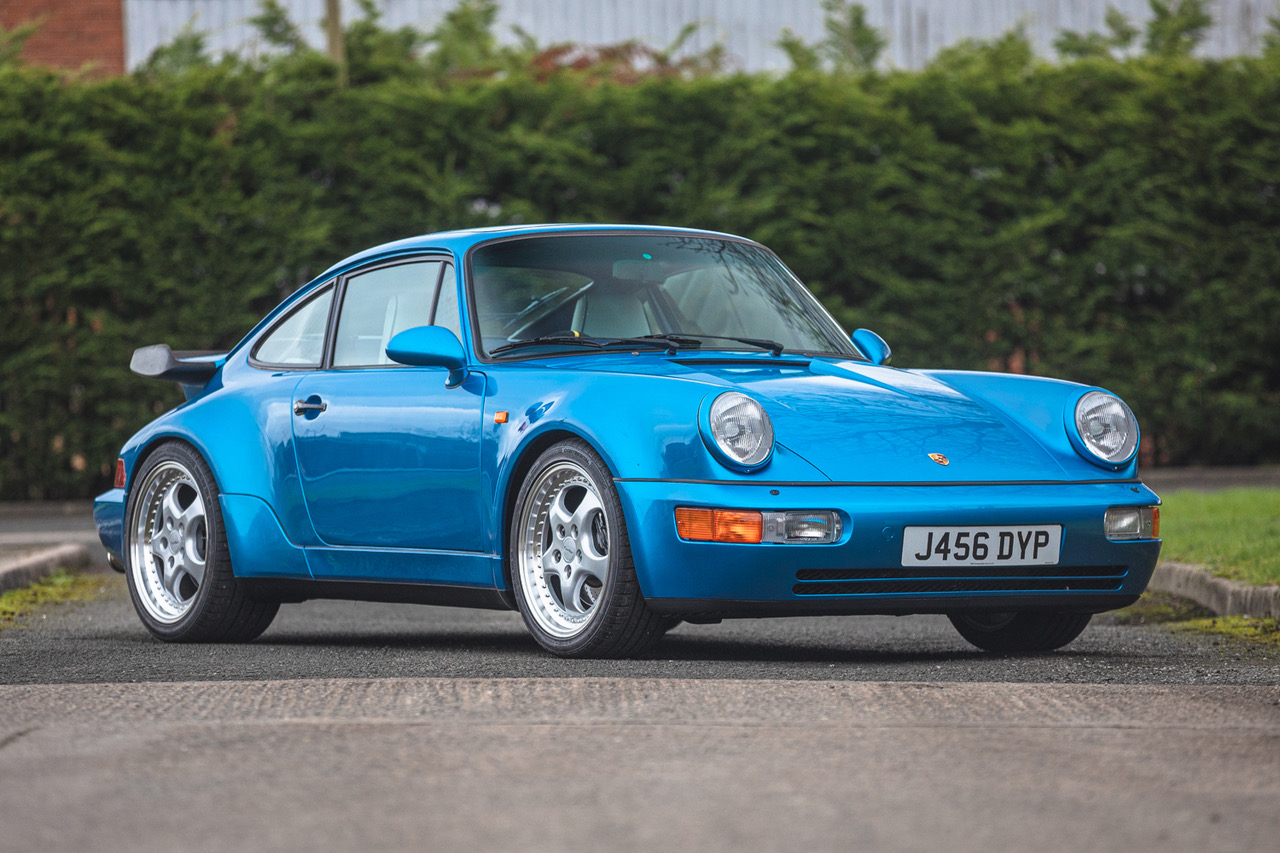 For those who prefer competition cars, there are also a lot of examples on offer, starting with the 1988 Leyton House March F1 (March-Judd 881). It was created in honor of the great F1 designer Adrian Newey and it had the ‘Leyton House’ Turquoise finish. The example is not a replica or a show car, it is a fusion of factory March-Judd 881 parts and is thought to be one of the most striking F1 cars ever designed.

An exact replica that pays tribute to Hannu Mikkola’s 1985 Olympus Rally-winning ‘Group B’ Audi Quattro SWB will also be on offer. There is also the 1988 Rover Metro 6R4 built to international specification. Recently, it has not been campaigned, but it has been meticulously maintained. The rally star has a rich and successful history with numerous podium finishes driven by Dave Jacobs from 2000 and 2004.

The extraordinary examples mentioned above are just some of the many incredible lots that will be on offer in the Silverstone Auctions’ Season Opener at The RAF Museum London. There are a lot of other interesting examples, and the list of the sales entries is still expanding. To view each of the lot in more detail, visit the Silverstone Auctions website.

2022 sees the return of live auction events, so there’s a huge chance that potential buyers will be able to physically view the cars before the sale, though it would most likely be by appointment.

For those interested to sell their classic, sporting, or iconic vehicles, there is still

Did you miss our previous article…
https://www.mansbrand.com/bugatti-centodieci-undergoes-extreme-heat-and-cold-in-the-climate-chamber/