If you think you’re a “real racer” or dedicated fan to the sport, ponder this: just moments after getting married, Frank William’s best friend David Brodie offered to pay for a celebratory lunch. Frank declined the offer and left his newlywed and friends to celebrate on their own; after all, there were cars to work on! Dedicated and/or fanatic, you decide. And such was the mind of Frank Williams, a man who once said “I just love racing, I love speed, I love the noise.” Frank passed at the age of 79 on November 28, 2021.

The facts will be forever be embossed on the story of Formula 1: Williams’ team would produce 7 drivers’ championships, 114 victories, and 9 constructor titles. Versus today’s politically rich sport steered by executives in glass-walled board rooms, Frank’s achievements came from an era where a team’s survival and performance could be traced to few individuals’ tireless commitment and passion.

Financial doom, marital problems, two driver fatalities and the eventual car accident that left Frank a paraplegic, none were too big to dampen his ambition.

Frank started his career as a car-crazy teen buying and selling race car parts. Surrounding himself with wealthy peers, he was able to experience the world of racing reserved for those with means. Sure, he got behind the wheel himself and raced an Austin A35 to prove he was fast, but ultimately his reckless nature would deem he was better off outside the car than in. 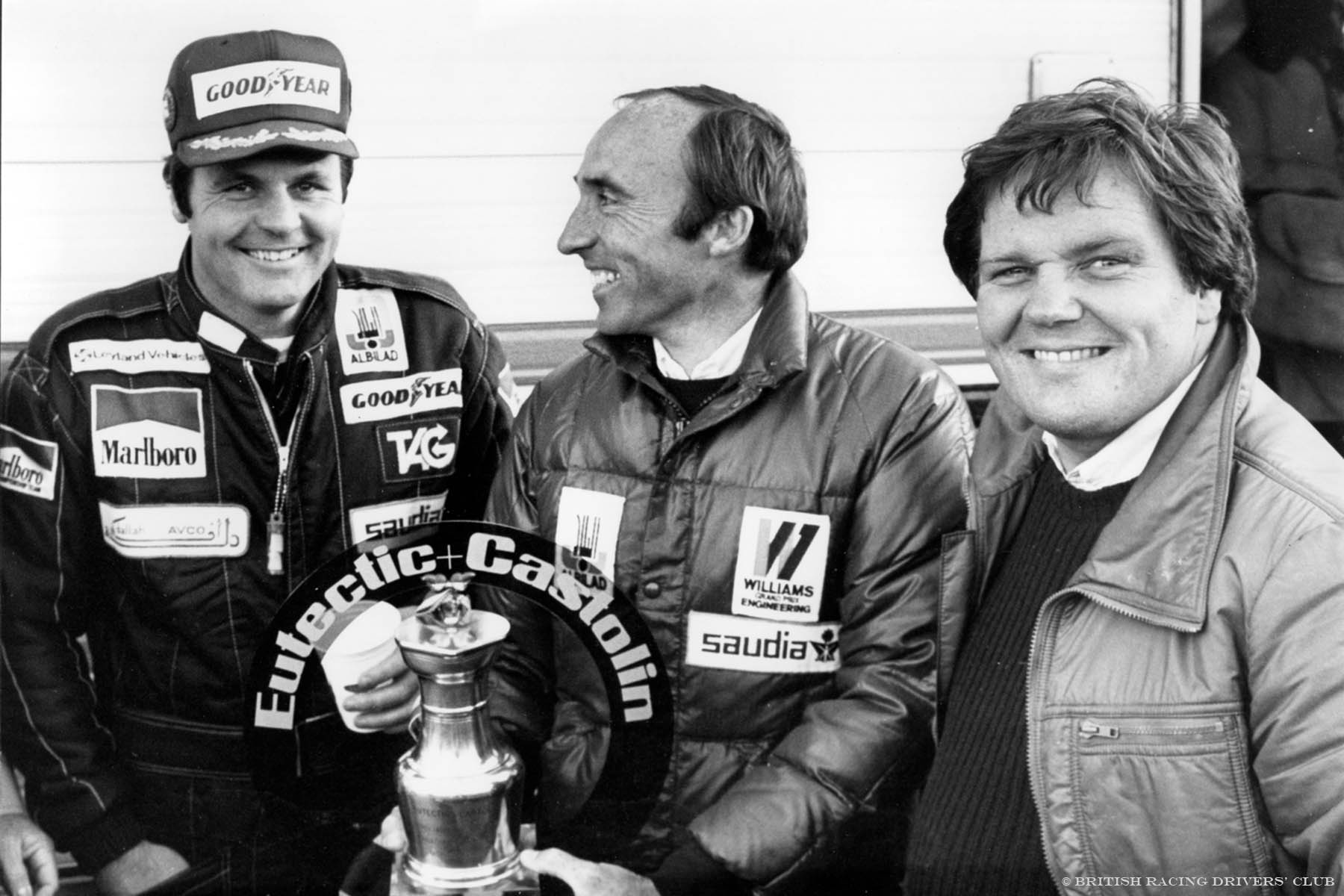 Successful parts sales led to the buying and selling of used race cars. In 1966, he established Frank Williams Racing Cars Ltd. and began running both Formula 2 and Formula 3 cars on shoestring budgets.

Three years later in 1969, he acquired a used Brabham chassis and made his F1 debut at the Spanish Grand Prix where his driver Piers Courage qualified 11th but did not finish. Off to Monaco for round 3 where Piers qualified 9th and fought his way to second place finish. Earning 6 world championship points on his second F1 outing, the 27-year-old Williams was heading up, but not for long. The following year, mechanical failure would result in Piers Courage running off course at Zandvoort and being killed. Soon the joke in the paddock was “If you want to ruin your career, drive a Williams”.

As has been stated many times before, “If you want to make a little money in racing, start with a lot.” By 1976, Frank had exhausted all financial avenues including using money made from selling his wife’s flat (townhouse). A “deal with the devil” was made with oil tycoon Walter Wolf, and after a terrible season, Frank was forced out of his own company. Salt on the wound came just months later when his driver Jody Scheckter drove the Williams car, now rebadged as a Wolf, to a win in the Argentine GP.

After months of depression, Frank partnered with Belgian beer company Belle Vue, and created Williams Grand Prix Engineering Ltd.  An old factory was found, and the team went to work with Patrick Head, known to be a bit of a bully but a genius with race cars. 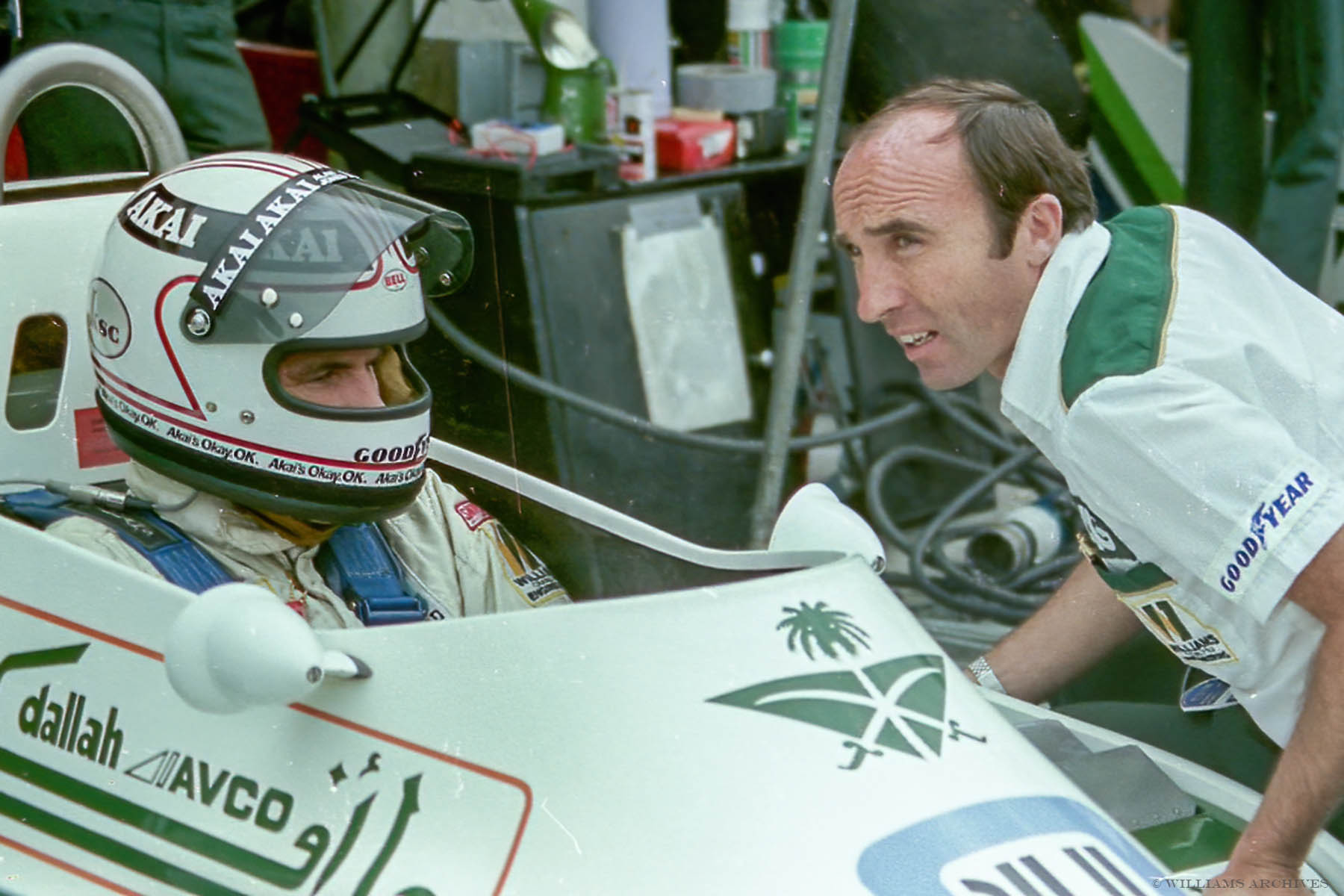 Two years later in 1979, F1 victory would finally be bestowed upon Frank when at the British GP when Clay Regazzoni took the chequered flag. Teammate Alan Jones would go on to win at Germany, Austria, Holland and Canada, resulting in 3rd overall for driver’s points. Many more Drivers and Constructors titles would follow in the early 1980s; Williams could do no wrong.

But in the instant of a moment, Franks life would be turned upside down; literally.

Did you miss our previous article…
https://www.mansbrand.com/making-dreams-come-true-with-the-john-staluppi-cars-of-dreams-collection-a-50-facts-favorite-memories-feature/

Behind The Scenes at Velocity Invitational 2021