Those that peruse SportsCarDigest should be familiar with the fact that we love Concours d’Elegance. Classic sports cars, in immaculate condition, on display so that you can peek, peer, and admire the muscle of some cars, the pure artistry of others. Sometimes you’ll luck out and get to see a one-of-one, or a super rare car, and that alone often makes the trip worthwhile.

The only wrench in the works, as it were, is that 95% of the Concours d’Elegance out there are, for lack of a better term, “high brow.” They are visited mostly by the wealthier parts of society, and sometimes are even invite-only affairs. This makes it quite difficult for the average person to be able to simply walk in and look around, keeping the some of the most beautiful cars out there away from being enjoyed by those that are younger and less wealthy, but have just as much passion about those classics as the older generation.

This is something that Maria Jannace of New York City noticed. By notice, we mean that to her, as a fine artist and advertising specialist by degree, it stuck out like a flashing neon sign in the middle of a pitch black room. To her, there was a severe disconnect between the young and affluent, and the old and wealthy, and there needed to be a new way to display the same classic cars that come to the big Concours d’Elegance, but aimed at the younger crowd.

Seeing that disconnect, Maria decided that if no one else was going to act on it, she would. After a year of meetings, networking, more meetings, and some cajoling, in 2019, the New York Rooftop Concours launched. Taking place on the roof of the famous Pier 17 at Manhattan’s Seaport district, classic cars were shown alongside curated displays that were selected for each of the cars.

Artwork was on display by local New York artists, as well as a curated sneaker display, with a pair of sneakers from a private collection selected for every one of the featured cars on the rooftop. Live music was provided by local artists, and as the sun started to creep to the horizon behind the view of all of the iconic buildings of Manhattan, a local New York DJ took to the turntables. In essence, it was a Concours that turned the stiff upper lip into a smile, and was turned from stuffy to hip.

Of course, with our content creation staff a mix of both young and old, when the opportunity to sit down with Maria over a video call came up, we were only too happy to get to know both more about the Rooftop Concours Shows, and the woman behind them that is being a typical New Yorker. By that, we mean she’s not waiting around for someone to change the landscape, she’s doing it herself!

Note: Selected portions of the interview have been selected and edited for clarity and conciseness 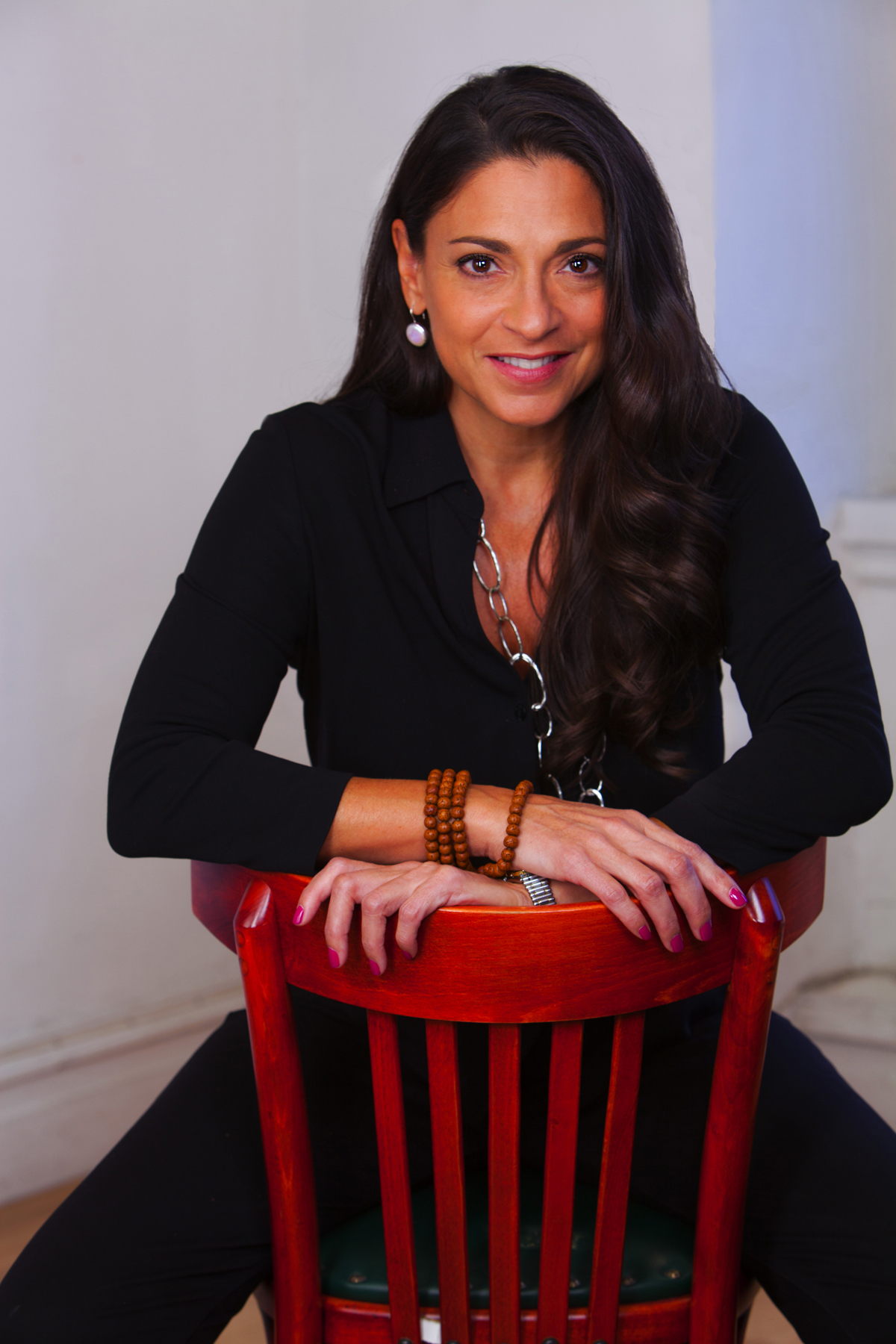 Our interviewer for the day was Simon Bertram, a content writer for Sports Car Digest and sister automotive content sites. While he is not what anyone would consider “hip,” he is at least able to understand the term and is able to, as Maria said at one point in the interview, “completely geek out over the cars at the Concours.”

First of all, thank you for taking the time from what must be a hectic schedule with the Fort Lauderdale Concours coming up to sit down with us for this interview.

Not as hectic as you would think! All the hard work was done over the past few months, now it’s just waiting for the last weekend of October to arrive.

Before we delve into the actual Rooftop Concours series, we’re really interested here about what made you fall in love with classic cars in the first place? Were there any experiences in the past that influenced how you approached the younger market to generate interest?

I grew up in New York City, where the car culture is unique, to say the least. On top of that, I was very lucky to have a father and an uncle that were serious car guys, and taught me the love of cars. Growing up around that, it kind of happened naturally when I was 4 or 5, with my Uncle owning an Aston Martin.

Did you miss our previous article…
https://www.mansbrand.com/montblanc-and-ferrari-celebrate-the-spirit-of-enzo-ferrari/

Montblanc and Ferrari Celebrate the Spirit of Enzo Ferrari