The Past: The Latest & Last Gas Powered Cars From Monterey Car Week

While much of the Monterey Car Week, as well as the Pebble Beach Auction, is focused on vintage and classic cars, it is also where manufacturers can bring out their exclusive, limited production, or revolutionary vehicles. 2021, however, was a little bit more special for some manufacturers than others.

Every year, more and more companies are jumping on “The Green Promise,” an unofficial, undocumented move in the automotive industry to replace all gas-powered cars in the next 20 years with electric vehicles. While some manufacturers are taking a more measured approach, such as General Motors and Toyota, due to the size of their sales base and sub-brands, many other manufacturers are promising fully-electric vehicles by 2030.

What this ultimately means is that this year at Monterey, at least one manufacturer announced their final gas-powered vehicle, and a couple of others announced their hybrid-gas powered cars as the first step towards complete electrification. 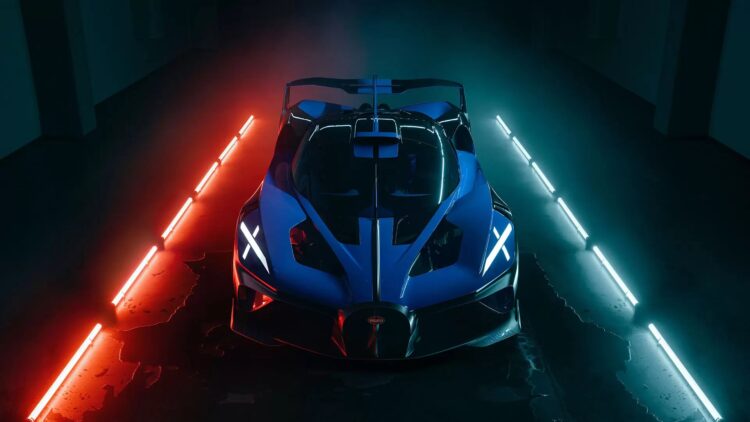 Held at the Quail Lodge &  Golf Course, the Quail: A  Motorsports Gathering is an event steeped in history. Everything from the latest Scuderia Cameron Glickenhaus SCG007 Le Mans Hypercar to pre-War sports cars are on display in an exclusive setting, with very limited tickets available for sale, and half of the guests being invite-only. This exclusive, and it must be said wealthy, crowd was the perfect place, then, for Bugatti to announce their final gas-powered car, the Bolide.

It was the perfect place because while Bugatti hypercars are not what one would consider being affordable, the Bolide was able to raise more than a few eyebrows with its estimated $4 million USD price tag. And it isn’t even road legal. 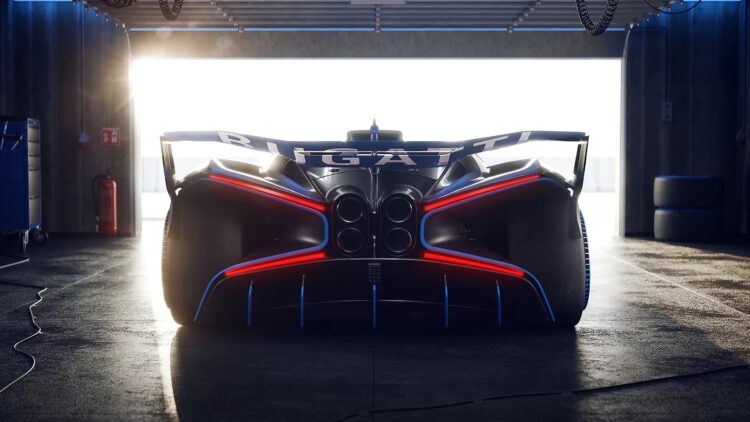 The Bolide is the result of the Volkswagen ownership group handing a blank check over to Bugatti designers, engineers, and test drivers to make the most extreme, most pure-blooded time attack monster that they could. It’s so radical and out-of-the-box for the luxury brand that they have dubbed it an experimental car, and it’s not hard to see why.

The only part of the car that is even remotely similar to any of the Chiron’s and Veyron’s that have come before is the massive 8.0L W16 quad-turbo engine. And even that has been through a redesign, with a specially designed intake that gulps in twice as much air as a Chiron, and straight piped exhaust that has optimized choke points, not valves, to give optimal back pressure for the turbos. The result is what Bugatti proudly claims as Dual-1850, or 1,850 PS (1,826 HP) and 1,850 Nm (1,365 lbs-ft) of torque. 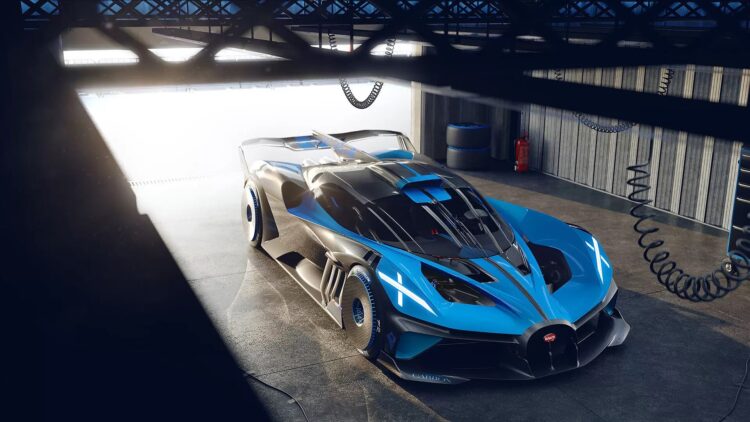 Being, in essence, a no-restrictions race car, the Bolide is also made of pretty much nothing other than carbon. The body, the monocoque, the chassis, even the suspension wishbones are all made of various forms of carbon-fiber, 3D printed carbon composite, and carbon-titanium weave. What little metal there is, is of aeronautical quality for the highest tensile strength and the lowest weight. The car, ready to race without the driver in, weights just 1,240 kg (2,733 lbs).

And if the car looks different than your average road-going Bugatti, that’s because engineers from other companies under the