When you are a young person, How do you choose what altar to worship at? There are so many to choose from, and all have their pluses and minuses. At that time in your life, you can be swayed by so many factors. Parents, peer pressure, a guru. It’s an impressionable time in your life. So why not “Leave it to Beaver”?

Tom Cotter was a young and impressionable kid on Long Island. One day walking home from elementary school, he found a 32 Roadster body in the woods. No Chassis, just the body—he can still picture the handles for the rumble seat.

Young Tom hatched a plan. He could build a chassis out of 2x4s (his dad had those), he would put bicycle tires on the front and snow tires on the back—and shazam! He would have himself a hot rod, just like the ones he saw in “Hot Rod” magazine.

There were two things that stood in his way. #1: no motor. #2: his buddy Ricky Anderson wouldn’t help him drag the body home. Even though he didn’t help Tom with his dream build, they remain friends to this day, and Ricky is a hot rodder. “Tom, I would check closely at your friend’s 32, he may have kept that body for himself.”

Tom was Ford-conscious up to that point, but what made him a true Ford believer was the site of Mayfield’s local bully Lumpy Ruthaford’s 1940 Ford ragtop from that black and white TV show “Leave it to Beaver.” The die was cast; Tom was a Ford guy.

In fifth grade, you had to put covers on the books the school lent you to protect them. Tom’s family didn’t have a lot of money, so his books were covered with brown paper salvaged from shopping bags. A classmate knew Tom liked cars, so he bought him a book cover with sports cars on it. Cotter remembers it vividly, there was an Aston Martin, a Ferrari, a Lotus, An MG, and a car he had never seen before, a Cobra.

There was just something about that car’s profile that did it for the young Cotter. It was love at first sight. 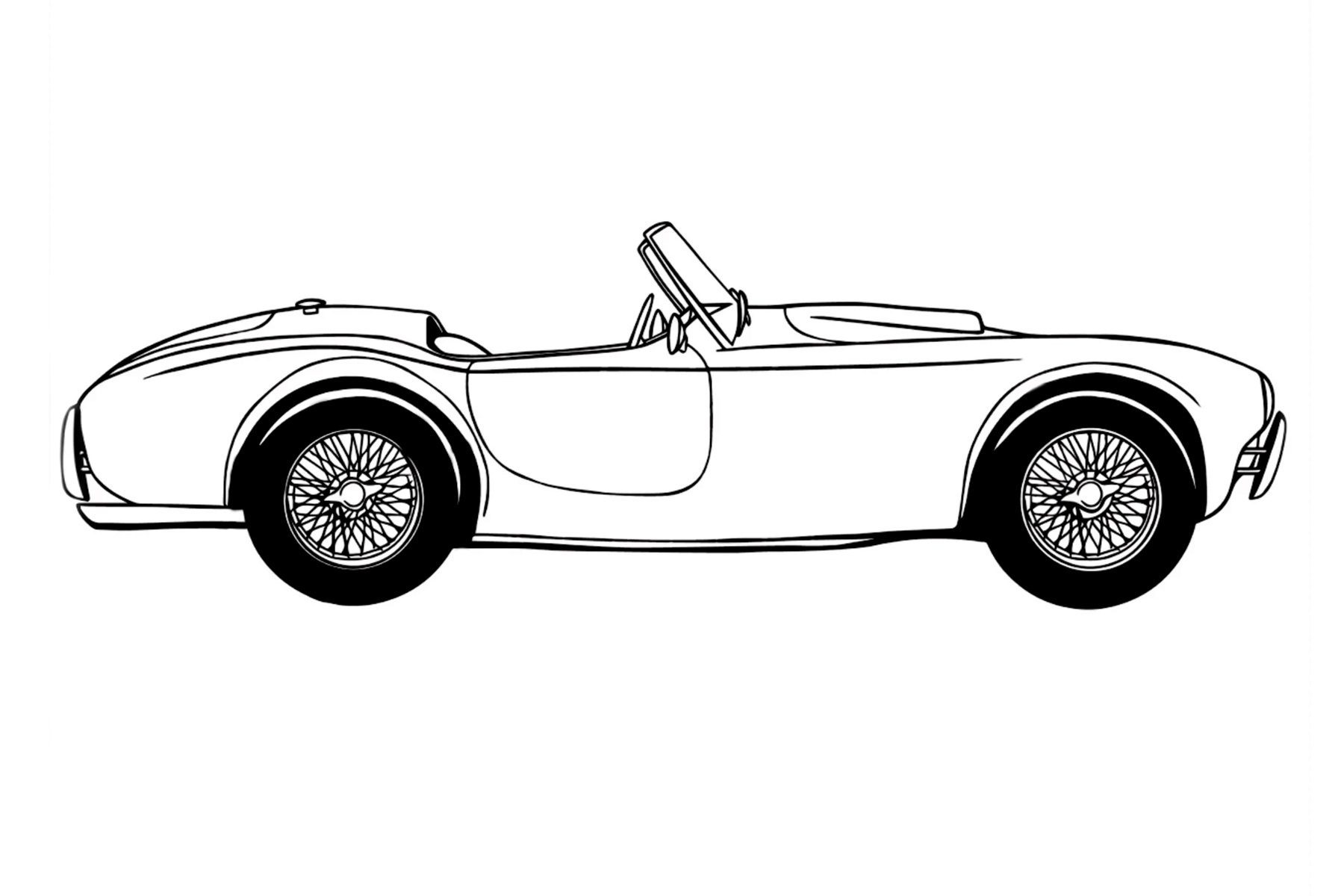 That car became the carrot that was hung out in front of him. Someday, when he really made it, he would own a Cobra. All these experiences in his life cemented Cotter’s belief that Ford made some cool cars. 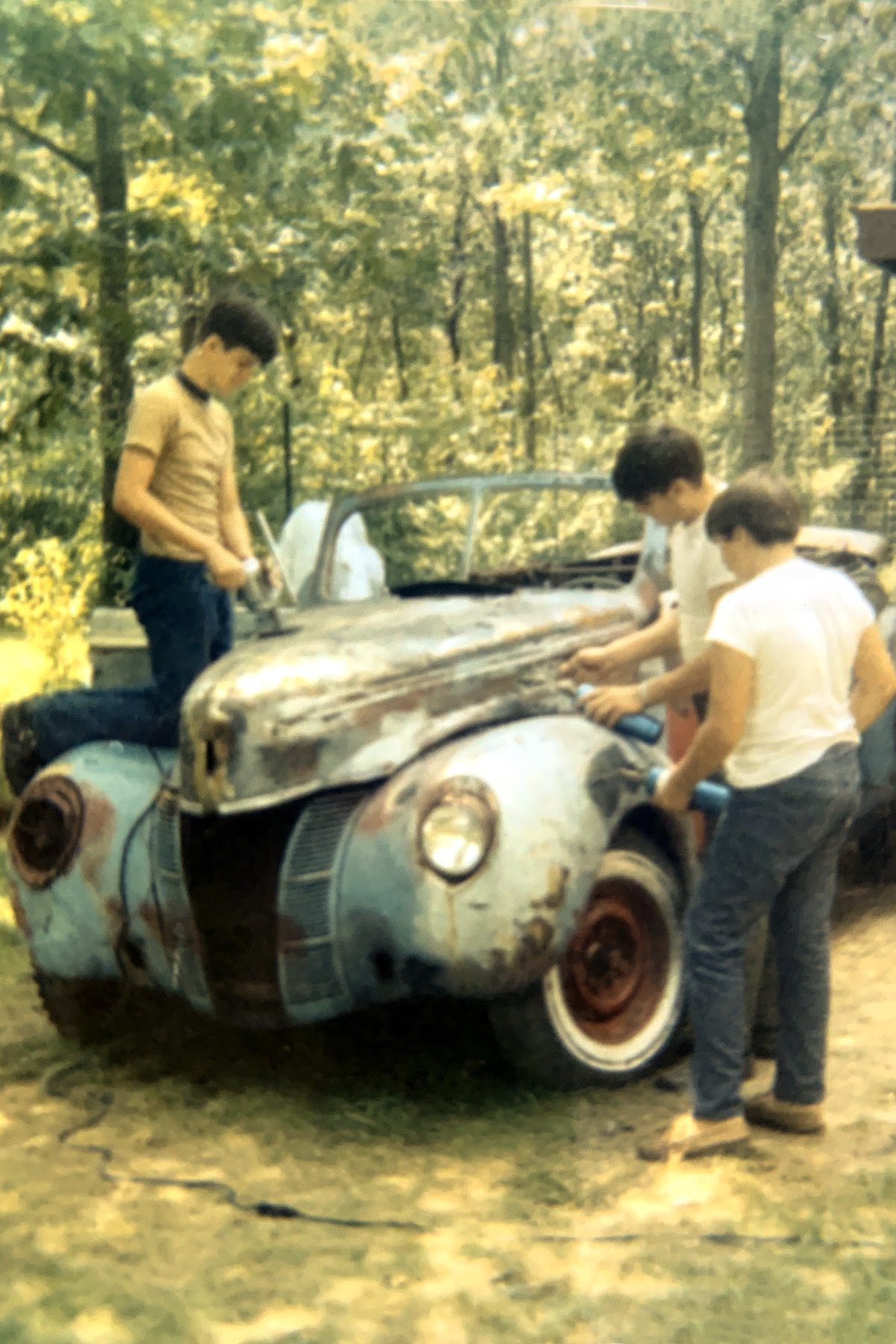 He had no money, no garage, no tools, no talent, and one last thing—no license. Still, he made out pretty well when he later sold it for $275.00.

At 15, Tom came upon a 1939 Ford Woody sitting next to a barn. He went up to the house and knocked on the door. The lady who answered said it was her son’s surf wagon. He had picked up a bread truck so he could sleep at the beach and change into his wetsuit, so the Woody was for sale for $300.00 cash.

Tom didn’t have that kind of cash. He told his dad about the car, and he went and had a look at it with Tom. He thought it was a nice car, but he didn’t have the money to lend him.

Cotter went on the street for the money. Well, down the street to a lady he did yard work for. She fronted him the cash, and he worked it off during the summer by washing her car, planting bushes, and mowing her lawn. That was the seed money for the woody. 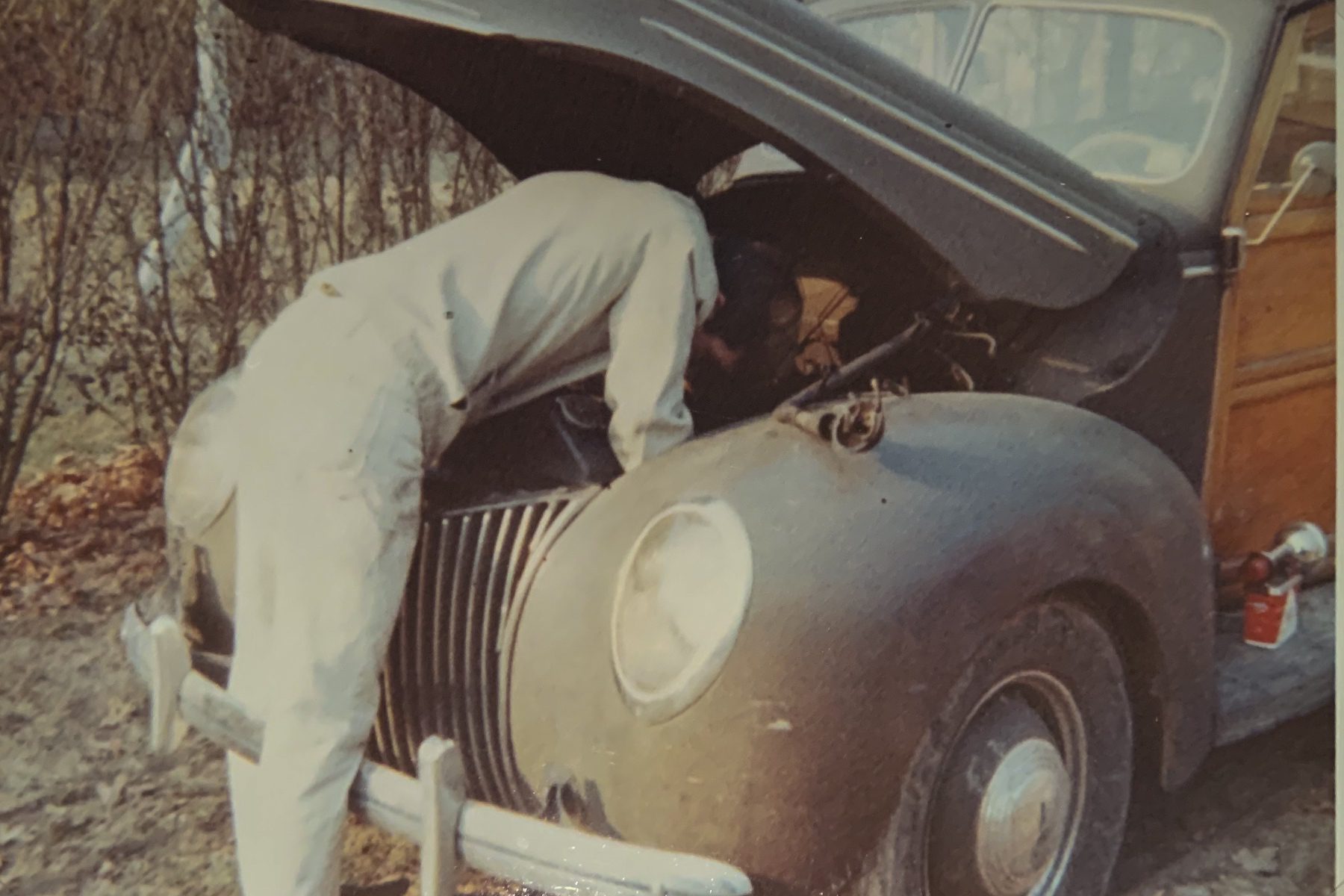 Did you miss our previous article…
https://www.mansbrand.com/top-luxury-electric-cars-in-2022/

The Best German Sports Cars of All Time