The National Historic Vehicle Register is a 501 (c)(3) nonprofit organization that aims to preserve America’s automotive heritage for future generations. They work closely with the U.S. Dept. of the Interior’s Historic American Engineering Record (HAER).

Inducted vehicles are permanently added in the Library of Congress. 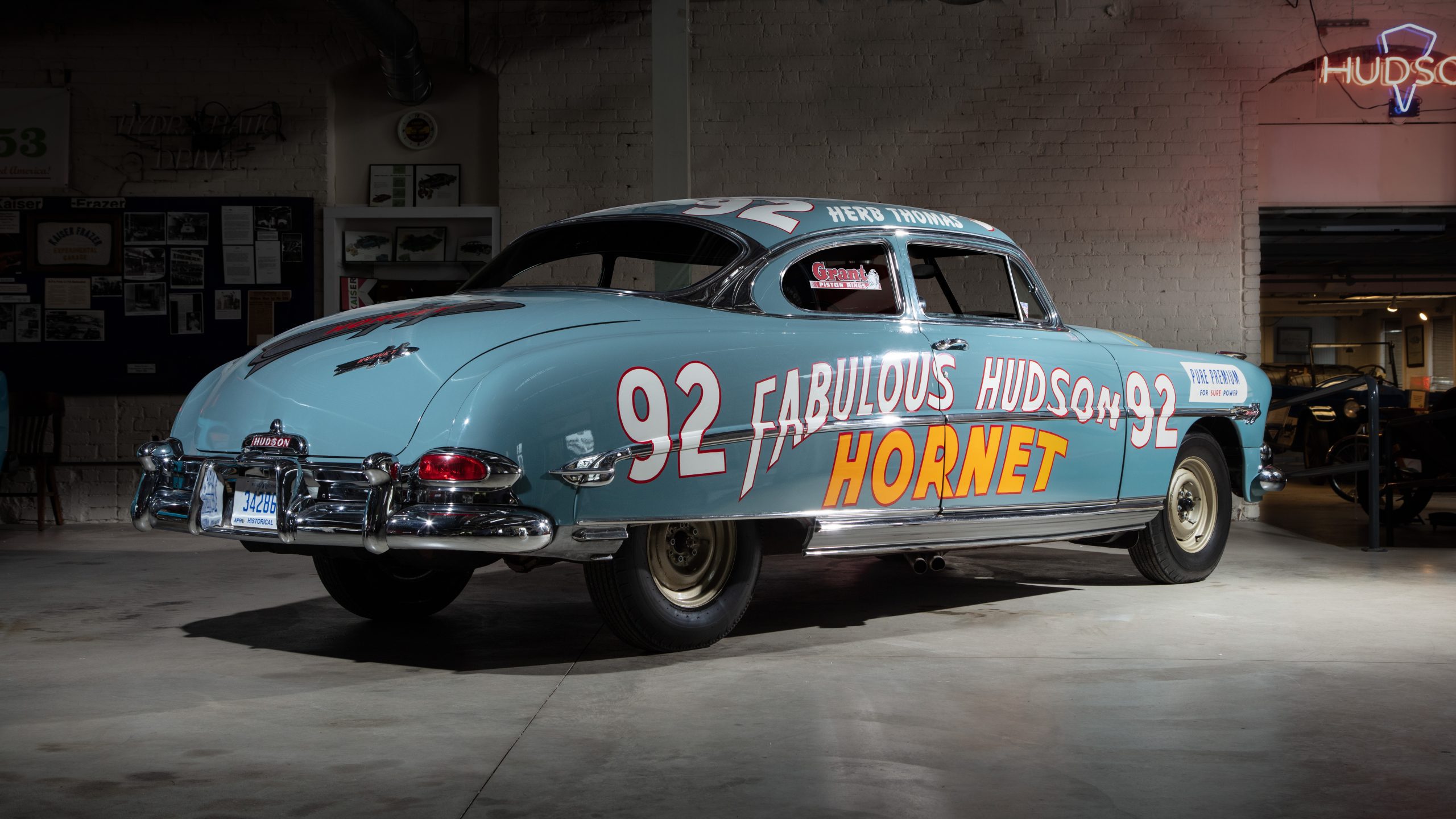 The Hudson Hornet dominated stock car racing from 1951 to 1955, just as the sport started to become popular. Cars from small companies were driven by early NASCAR legends Her Thomas, Marshall Teague, and Dick Rathmann enabling those same cars to beat the ones produced by the Big Three automakers.

Legendary mechanic Smokey Yunick prepared the Hudson Hornet and it was given to Thomas halfway through the 1952 season. Thomas set a mark for himself, as he became the most prominent Hudson driver achieving a total of 78 podium finishes driving the Hornets and setting the highest win percentage in NASCAR history.

The “Fabulous Hudson Hornet” is the only Hudson known to exist that has been campaigned in NASCAR. It is owned by Al Schultz and is currently showcased at the National Hudson Motor Car Company Museum in Ypsilanti, Michigan. 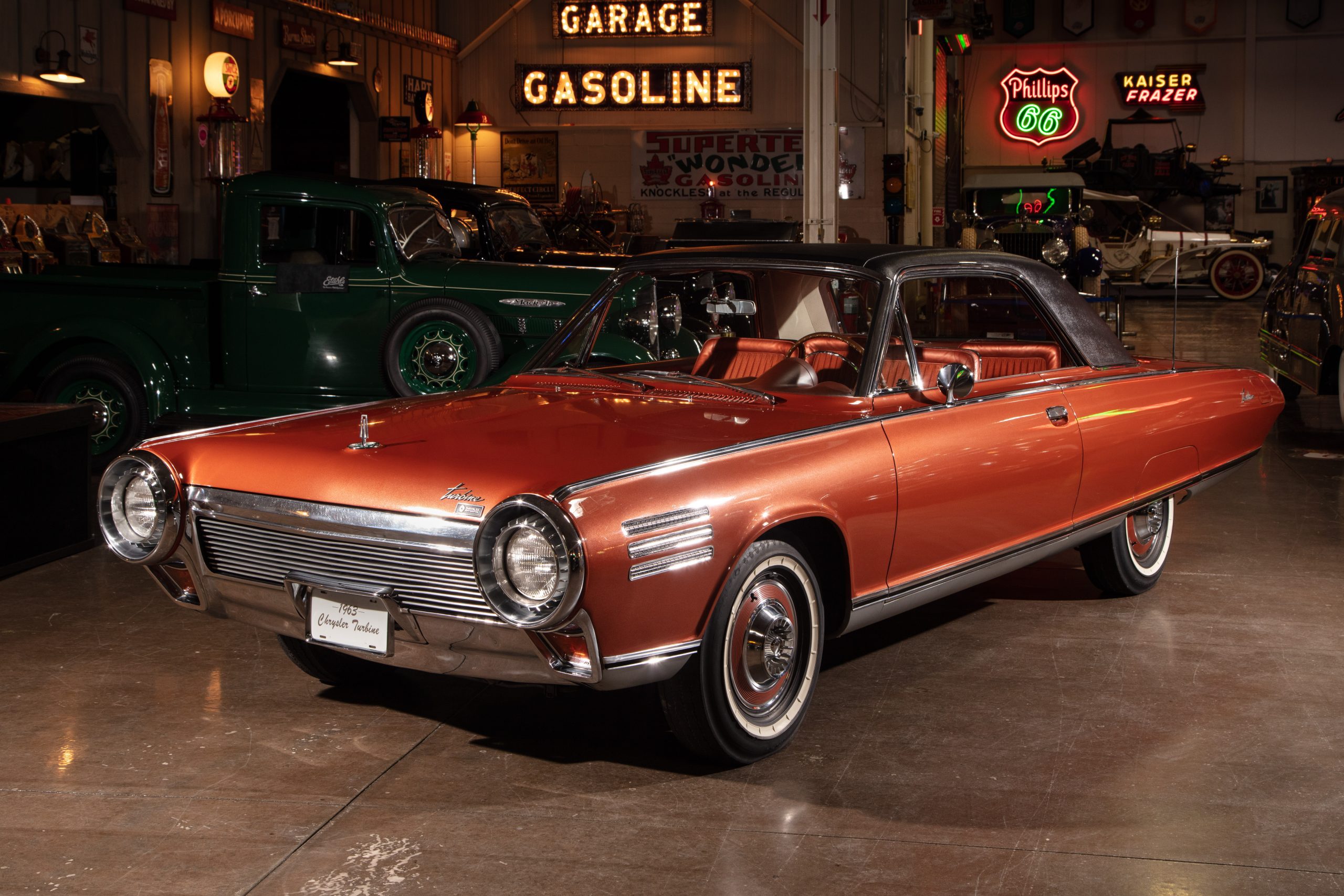 Only 55 of these groundbreaking vehicles were produced by Chrysler as part of their decades long effort to create a mass-market gas-turbine powered automobile. The automobiles were equipped with turbine jet engines in Ghia bodies. As part of a consumer research project that was ran from 1963 to 1966, the cars were distributed to households across the country. From the 55 cars, only nine cars remain from the project. Stahls Automotive Collection is the owner of the Turbine Car and it is currently on display at their automotive museum in Chesterfield, Michigan.

For those interested to see these cars up close there are two events that will be featuring these two legendary cars:

The Greenwich Concours will be featuring the “Fabulous Hudson Hornet”. Event attendees will have the chance to see this fantastic stock-car up close while also learning about its historical significance to NASCAR. They’ll also learn how the car was the inspiration for the ‘Doc Hudson’ character from the popular mid-2000s “Cars” movie franchise.

Cars at the Capital, September 2 to 11

More information about weekend activities will be announced.

Hagerty Drivers Foundation Executive Director Jonathan Klinger shared, “Featuring these historically significant vehicles and telling their stories at events throughout 2022 are ways we fulfill our mission to share and educate the general public about the cultural significance of the automobile.”

Did you miss our previous article…
https://www.mansbrand.com/stay-at-resorts-world-adjacent-to-the-las-vegas-auction-the-coolest-ways-to-navigate-the-hottest-place-in-town/

STAY AT RESORTS WORLD – ADJACENT TO THE LAS VEGAS AUCTION: The Coolest Ways to Navigate the Hottest Place In Town