What Makes A Racetrack A Classic? An Investigative Look At Some Of The Best

Motorsports, for better or for worse, 80% of the time need to be run at dedicated facilities built precisely to host them. These facilities have garages to perform mechanical work in, a slow area to leave and join the dedicated racing surface from those garages, and a length of specially prepared tarmac that is grippy, smooth, and winds its way around the landscape. We are, of course, talking about racing tracks.

However, throughout the history of motorsports, there have been innumerable amounts of tracks prepared, presented, raced on, and used for all levels of motorsport, yet only a handful are truly remembered as great tracks. In the United States alone, there are over 1,000 race tracks, but when you say COTA, everyone knows that that is Circuit Of The Americas. If you say Brainerd International Raceway, a few of the older folks will nod their heads as they remember the days of Can-Am, but most people will go “where’s that?” It’s in Minnesota, by the way, and is “famous” for having the single longest straight of any track in America.

Going international, you can mention tracks like Silverstone, Paul Ricard, Circuit de la Sarthe, Kyalami, and the like, and a lot of people that watch motorsports will know exactly what and where you’re talking about, and a rough layout of the track itself. Yet the question remains… what makes a track truly a classic, that everyone knows, even if they’re not into motorsports? To answer that, we’re going to look at three of the all-time greats.

Monza: The Temple Of Speed & How It Gained That Name 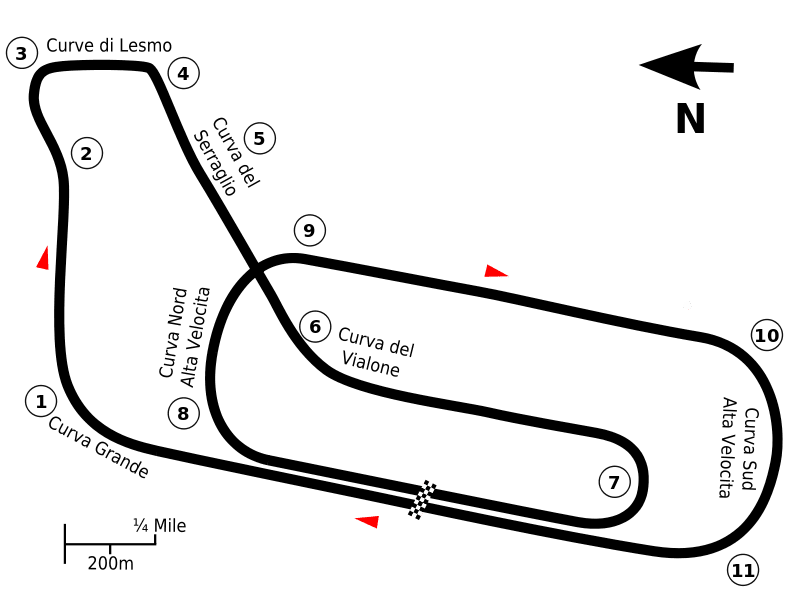 The original 1922 layout of Monza. Image Via: Wikipedia.

Officially Autodromo Nazionale di Monza, this historic track was originally built in 1922 just outside of Milan, Italy, and had two different courses that could be joined together to form a massive 10 km (6.2 miles) course. The “speed loop” of the original layout was a 4.5 km (2.8 miles) mostly oval track, with the “road course” running around the outside of it for a length of 5.5 km (3.4 miles). It was immediately popular, as the cars of the time could get up to near their top speeds on the speed loop, and since the automobile was still a relatively new invention, it was exciting to see these machines show just what they could do.

Throughout the years, the track has had multiple reprofilings, each of which unfortunately came about because of fatal accidents. In fact, one of the deadliest days in Italian racing history came in 1928 when 27 spectators and driver Emilio Materassi all died from a high-speed crash, which led to the track having slower speed corners added at the end of the massive back straight. Throughout all these reprofilings, Monza was still known as the place you wanted to go if you wanted to see the cars of the day reach their top speeds. 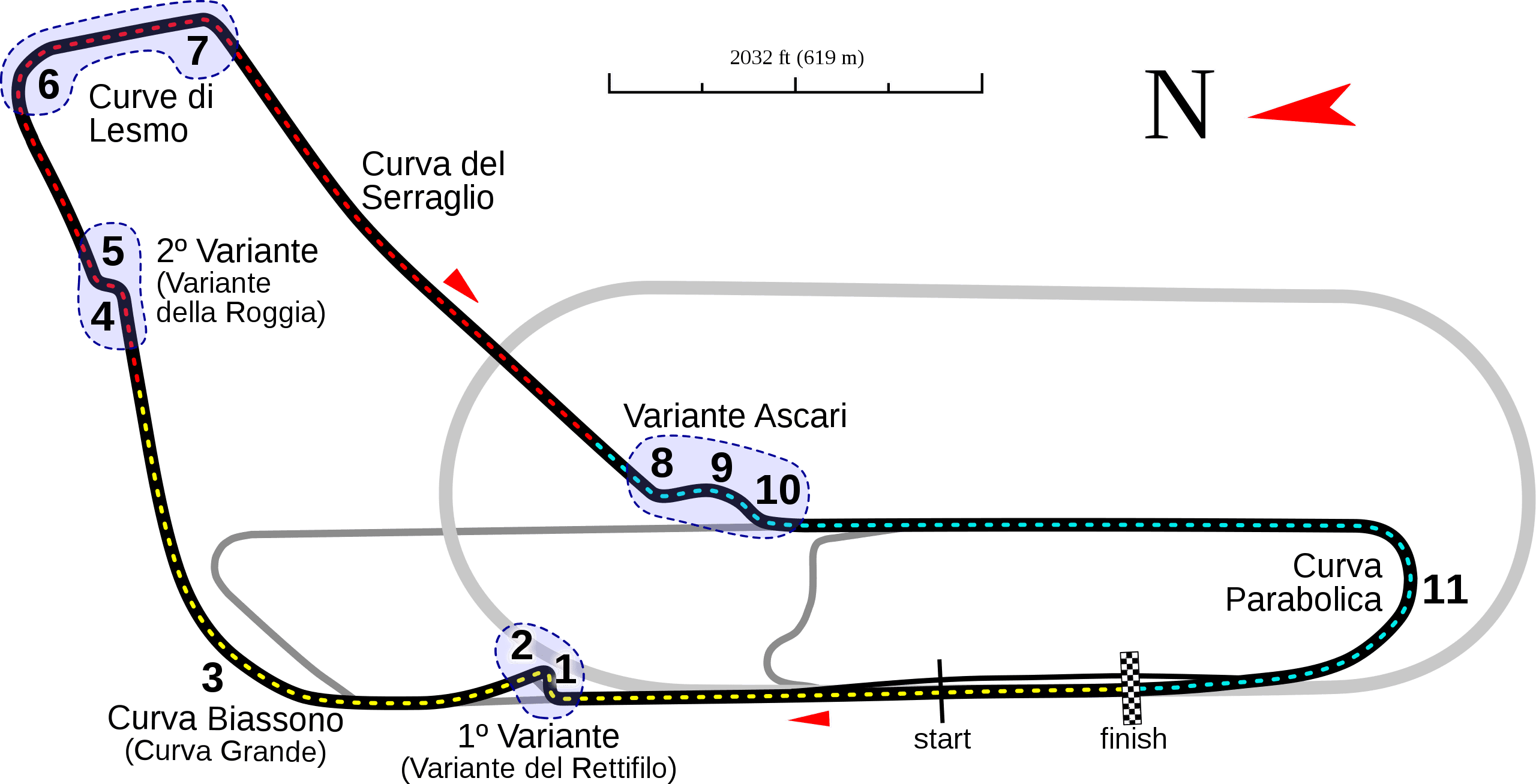 The current layout of the Temple of Speed, with the old 1950s profile behind it for comparison. Image via Via: Wikipedia.

The track has not changed much since the last major reprofiling in the 1970s, with the only major change being the Variante del Rettifilo, the chicane at the end of the front straight, being made a sharper turn than before. If you watch a race at Monza, you can actually see the two previous layouts of the front straight in that chicane, with the original track being the run-off area that rejoins the track just before the Curva Grande, and the first edition of the Variante del Rettifilo being the run off on the inside of the left hand second corner. It may not seem like that large of a track, but the official track length as of 2022 is 5.793 km, or 3.6 miles on the nose.

By: Simon Bertram
Title: What Makes A Racetrack A Classic? An Investigative Look At Some Of The Best
Sourced From: sportscardigest.com/what-makes-racetracks-a-classic/
Published Date: Wed, 15 Jun 2022 16:45:40 +0000

Did you miss our previous article…
https://www.mansbrand.com/choose-your-adventure-pickups-and-suvs-ready-to-roll-across-the-las-vegas-auction-block/

CHOOSE YOUR ADVENTURE: Pickups and SUVs Ready To Roll Across the Las Vegas Auction Block