Bradley Cooper has a new woman in his life.

The A Star is Born actor has been linked to Hillary Clinton’s top aide, Huma Abedin – the same aide caught up in the leak of over 100 private emails from Clinton’s 2016 presidential campaign.

Naturally, there’s quite a story behind how they met. Would you believe it involves the fashion critic of fashion critics, Anna Wintour?

Not to mention, the two secretly attended this year’s Met Gala together, though they kept things hush-hush by walking the red carpet alone.

Below, we have everything you need to know about the incredibly impressive Huma Abedin. 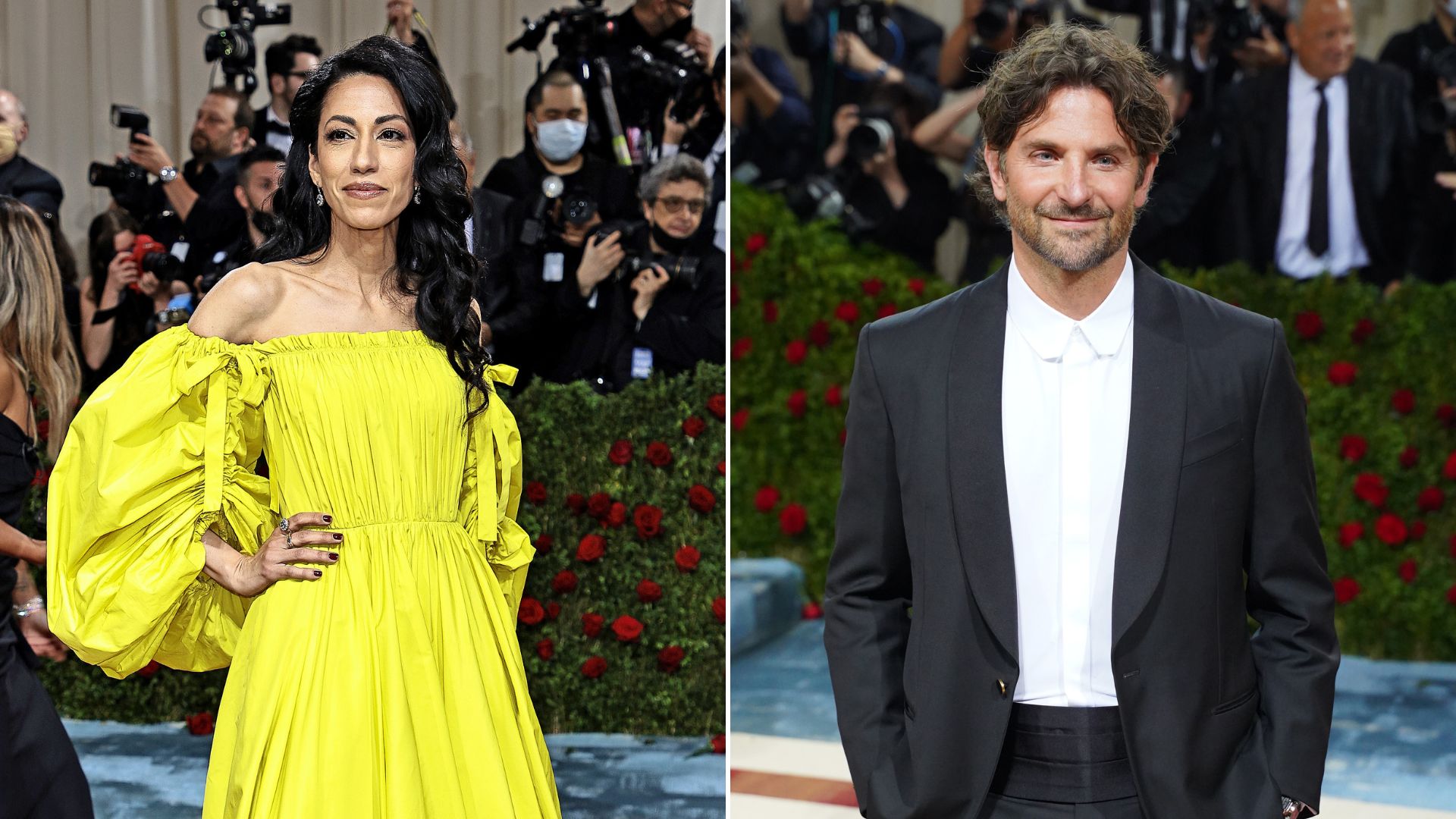 Who is Huma Abedin?

Abedin, 45, is an American political staffer who was vice-chair of Hillary Clinton’s 2016 campaign for President of the United States. She is currently still chief of staff to Clinton, and is considered her closest former and current aide.

Abedin was born on July 28, 1975, in Kalamazoo, Michigan to her professor parents. Her family is Indian and Pakistani, and she has a brother and sister.

When she was two years old, her family moved to Jeddah, Saudi Arabia, after her parents were offered jobs at the University of Jeddah.

One of the most notable aspects of Clinton and Abedin’s relationship is Abedin’s involvement in the momentous Clinton email leak of 2016.

In early October 2016, FBI criminal investigators working on a case involving Abedin’s ex-husband, Anthony Weiner, stumbled upon a number of emails stored on his laptop. 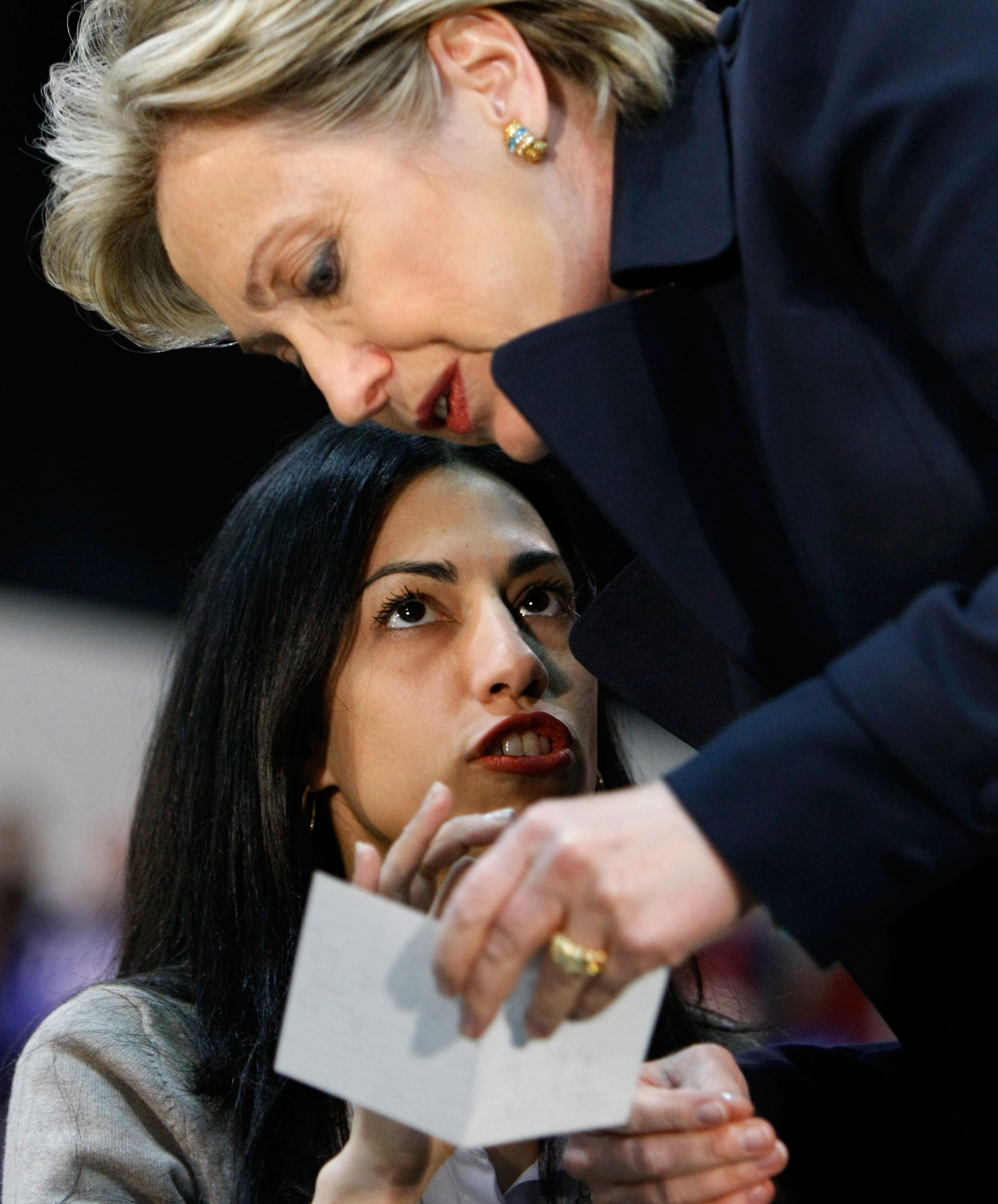 The emails had been sent between Abedin and Clinton during her 2016 presidential campaign, and were considered suspicious and potentially relevant to the previous “Clinton server investigation”, which was led by FBI Director James Comey after it was discovered Clinton have been communicating with her staff through a private email server.

The discovery of the emails prompted Comey to reopen that investigation eleven days before the 2016 US presidential election, a decision Clinton said majorly contributed to her election loss to Donald Trump.

In 2021, Abedin released her memoir, Both/And: A Life in Many Worlds which reflects on her role as Clinton’s closest advisor. She has even referred to she and Clinton as “partners in crime”. 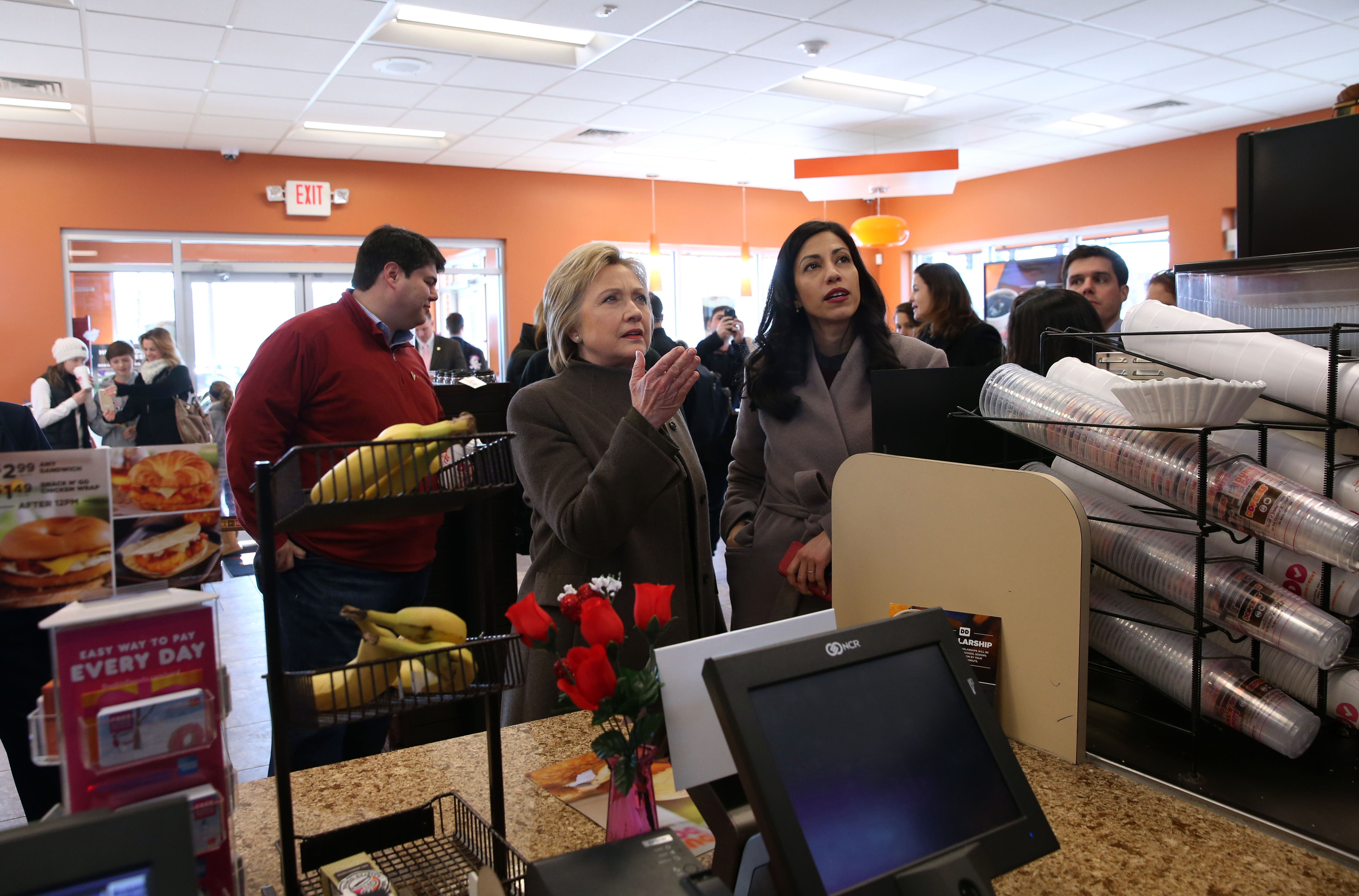 Abedin has naturally, gotten to know Clinton well through her time working with her, with their time together dating back to 2008.

Speaking to The Associated Press in March, Abedin revealed just how close she and Clinton are.

“We are partners in crime – in adventures that is,” she said. At a promotional event in 2021, she was also full of praise for her longtime boss.

“I’m lucky, you know, she’s a friend and mentor, a boss, and she’s always been there for me, and I’m always going to be there for her.”

Abedin is currently working on a show for Apple TV+ based on Clinton’s new book with daughter Chelsea, called The Book of Gutsy Women. 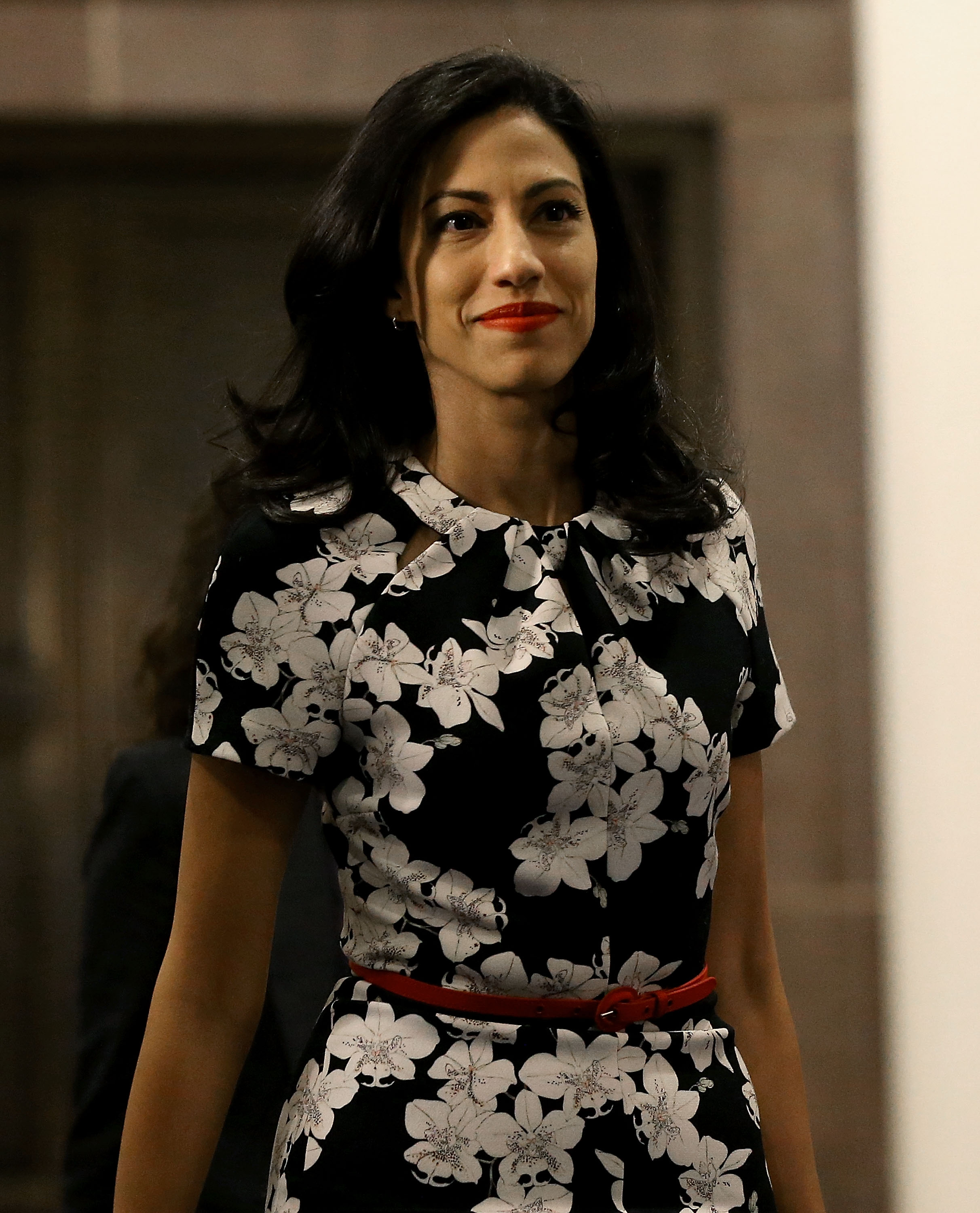 READ MORE: US woman claims she was ‘poisoned’ by $1 bill she found inside a McDonald’s

According to sources to Page Six, it was Vogue editor Anna Wintour who played matchmaker for Abedin and Cooper.

Wintour is close with both, having been an open political supporter of Hillary Clinton over the years, and a very good friend of Cooper’s.

Meanwhile, a Hollywood insider confirmed to the publication that “Bradley has been quietly dating Huma for a few months now, [and] they’ve been keeping it really quiet. 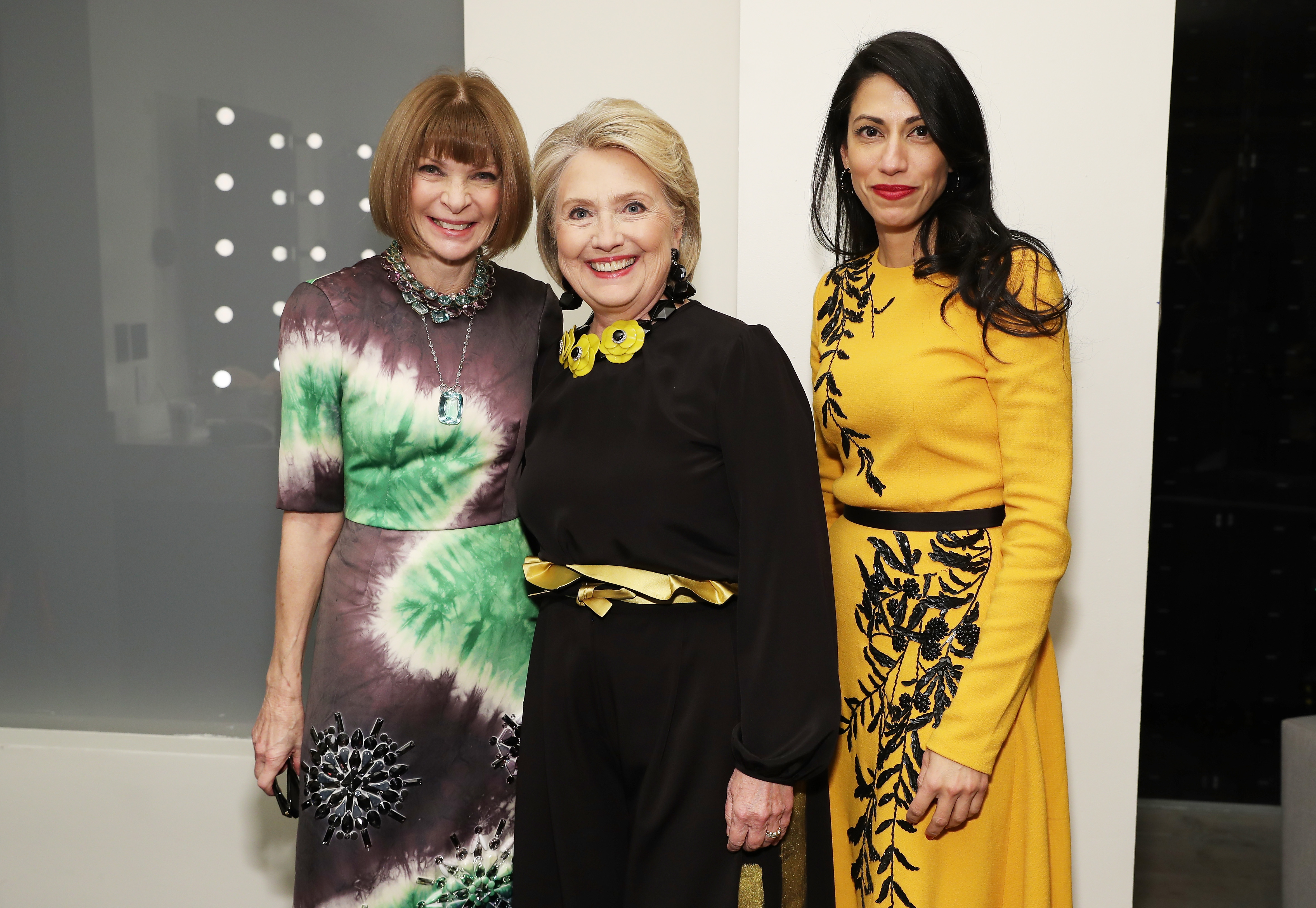 They added: “[Cooper and Abedin] are perfect for each other. They’re both into power and politics and human affairs.”

Does Huma Abedin have children?

Yes, Abedin has a 10-year-old son, Jordan Zain Weiner, who she shares with her ex-husband Anthony Weiner.

What happened with Huma Abedin’s ex-husband Anthony Weiner and his sexting scandal?

Abedin and Weiner married in 2010, but saw their relationship crumble after allegations emerged that Weiner, a former member of the United States House of Representatives, had been involved in a number of sex scandals, some involving minors.

The sexting scandal began in 2011, when the first of Weiner’s sexually explicit photos appeared on his Twitter account by accident. 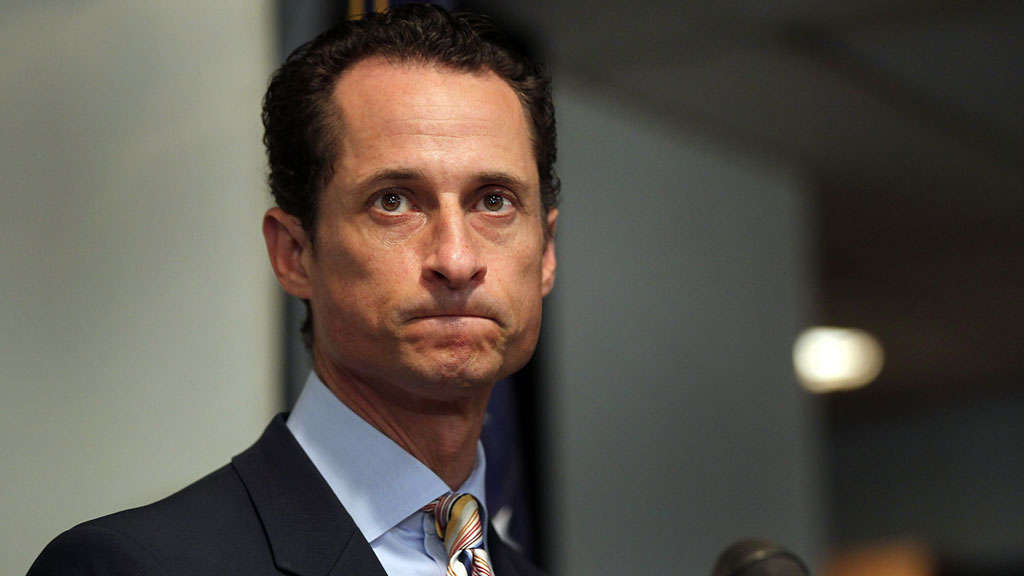 Weiner, a then-Democratic US Congressman, initially claimed his account had been hacked, but later admitted the images were of him, and that he had been having sexually explicit conversations with multiple women he had met online.

Per CNN, Weiner reportedly said in a press conference: “To be clear, the picture was of me, and I sent it.”

The images emerged just one year into his marriage to Abedin, and a few months before the pair announced they were expecting their first child.

Sadly, this was not the end of Weiner’s inappropriate conduct.

In July, 2013, a gossip website shared screenshots of another sexually explicit conversation Weiner had with a woman that June/July.

At a press conference, Weiner claimed some of the explicit online chats took place after the initial scandal of 2011. Abedin appeared at this presser, and declared her support for her husband. 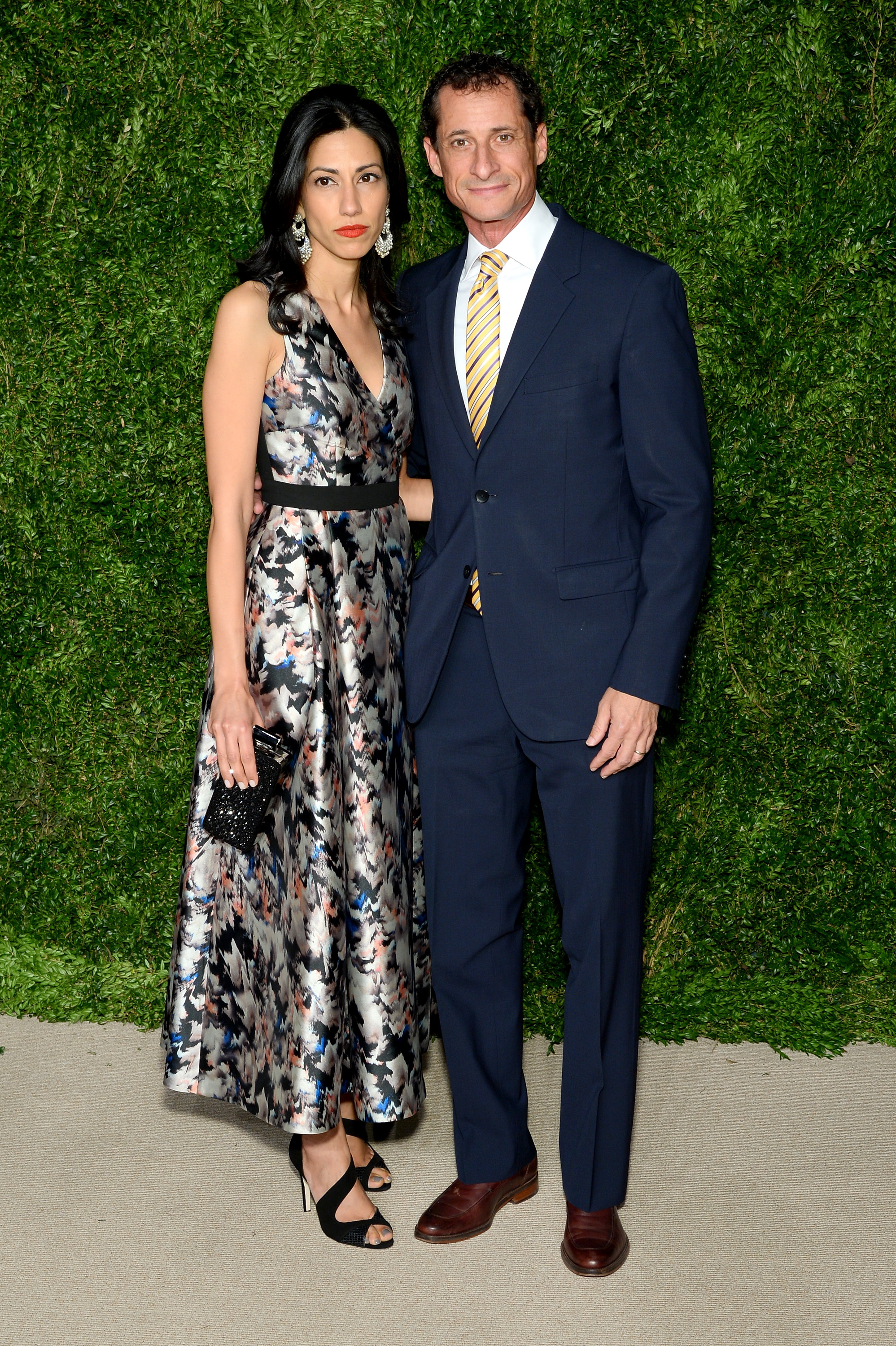 “What I want to say is I love him, I have forgiven him, I believe in him, and as I have said from the beginning, we are moving forward,” Abedin reportedly said.

Following a report from the Daily Mail in September 2016, the FBI investigated Weiner for sexting with a 15-year-old girl.

His laptop was seized and on May 19, 2017, he pled guilty to one count of transferring “obscene material” to a minor.

Prior to the announcement of his guilty plea, Abedin filed for divorce against him.

In August 2016, Abedin said in a statement: “After long and painful consideration and work on my marriage, I have made the decision to separate from my husband.

“Anthony and I remain devoted to doing what is best for our son, who is the light of our life. During this difficult time, I ask for respect for our privacy.”

In September 2017 Weiner was sentenced to 21 months in federal prison. He served his sentence at Federal Medical Center, Devens, in Ayer, Massachusetts.

This year, the pair’s divorce was finally finalised, with them legally estranged from each other. 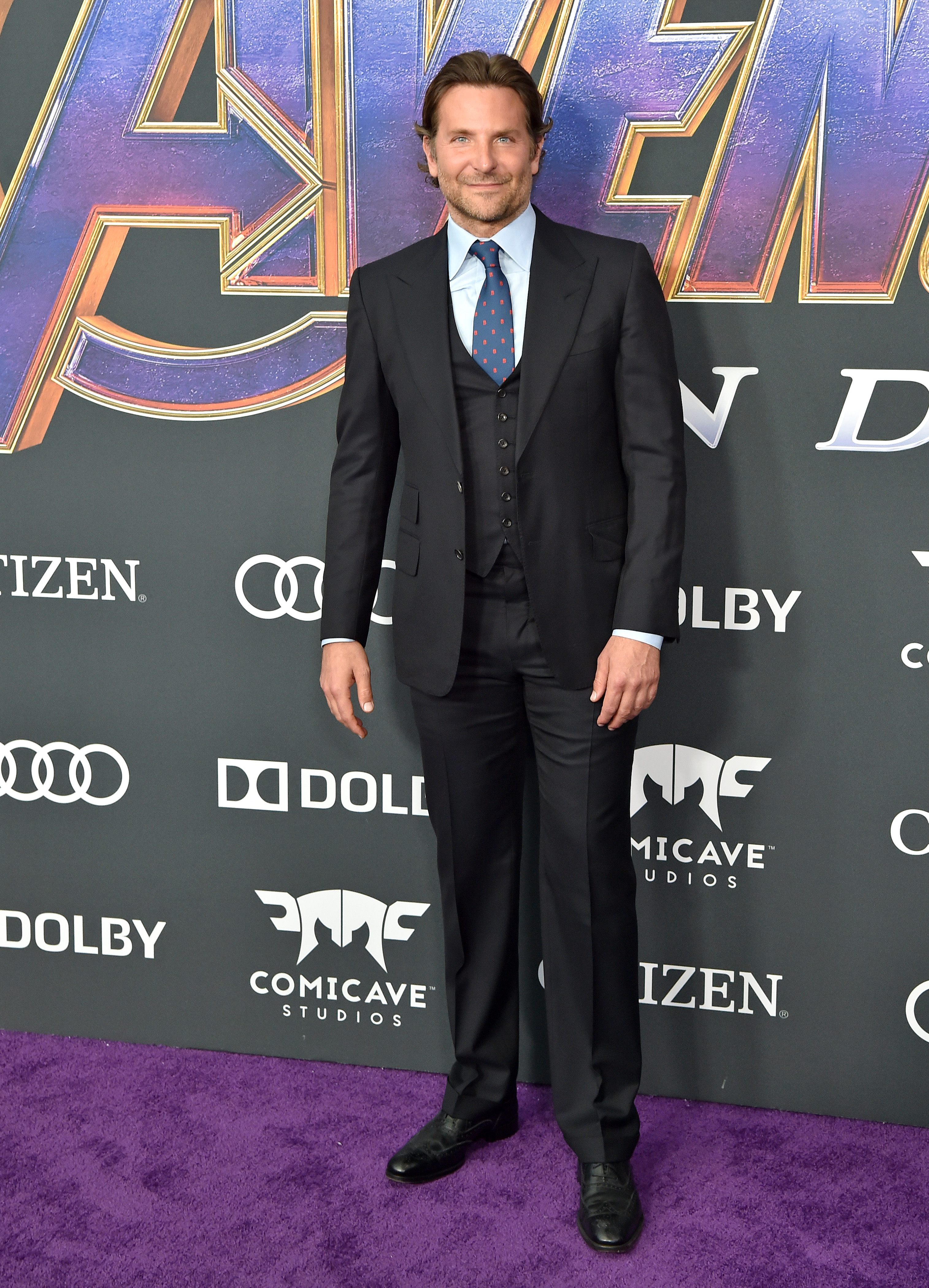 Cooper was married to Taxi and Blue Bloods actress Jennifer Esposito from 2006 to 2007, with the pair famously ending their marriage after just four months together.

Cooper then moved on to Bridget Jones’ Diary actress Renée Zellweger. They began dating in 2009, three years after their initial meeting on the set of Case 39 in 2006. Zellweger spent the 2009 Christmas season with Cooper and his parents and they were spotted house hunting in early 2010. They even moved in together, purchasing a US$4.7 million ($6.9 million) home together in Pacific Palisades, California.

The pair eventually split in 2011.

Other stars Cooper has been linked to include Olivia Wilde, Jennifer Lopez, Zoe Saldaña, Irina Shayk, and most recently, Glee actress Dianna Agron.

Sources exclusively told Page Six that the actor had been dating Agron before starting a relationship with Abedin, though the period of their time together is not known.

Read More
Did you miss our previous article…
https://www.mansbrand.com/key-dates-deadlines-announced-for-65th-annual-grammy-awards/

Chiwetel Ejiofor: The Man Who Fell From the Emmys