After a few years of delays due to the global pandemic, the eagerly anticipated—and, to some, controversial—new regulations around Formula One car design and specifications have finally come to the forefront. As many racing fans know, F1 cars are at the very bleeding edge of what you can do with aerodynamics, hybrid engines, high-performance tires, and the like.

It was only in 2009 that the Kinetic Energy Recovery System, or KERS, was introduced into F1, and just a few short years later, the Holy Trinity of Hypercars, namely the Ferrari LaFerrari, the McLaren P1, and the Porsche 918 Spyder were all released. In the Ferrari and McLaren, KERS was introduced to use the electric motors to assist with braking (known as regenerative braking), and that technology has even trickled down into the latest generation of hybrids and fully electric commuter cars.

It is because of this that many were left scratching their heads as to why the FIA, the governing body of Formula One, mandated that instead of using over-body aerodynamics to generate the downforce these land missiles require to compete, under-body aerodynamics were to be used. To understand, we need to wind back the clock to 1977.

When the FIA Formula One World Championship of Drivers (to use its full and official name), was formed in 1950, F1 cars of the day were little more than four wheels sticking out from a hammered aluminum body, with a thundering great V-12 or Straight-8 engine upfront, often supercharged. The cars were based mostly on the shape of bullets—as that was, at the time, thought to be the best shape to pierce the air and go fast.

Throughout the 1960s and 1970s, these cars evolved to be lower, wider, shorter, with much wider tires and the engine behind the driver instead of in front. It was during the 1970s, however, that engineers and designers started to appreciate that if they took the same concept that made fighter jets fly—namely, wings—inverted them, and stuck them on the cars, they would help push the cars down into the road.

One of the key designers of this period was Gordon Murray, a brilliant engineer and designer who worked for the Brabham Formula One team. Other key individuals were Colin Chapman, the founder of Lotus Cars and the Lotus F1 team, as well as Shawn Buckley, a researcher at the University of California in Berkeley, who was sponsored by Chapman to study underbody aerodynamics.

After a few experiments here and there, such as the Brabham BT44s in 1974 from Murray that used air dams to prevent air from going under the car, and the Lotus 77 from Buckley that used huge wings to slice into the air and generate downforce while not worrying too much about the undercarriage, it occurred to the design team at Lotus that a physics principle from the 1700s was the answer to all their concerns. 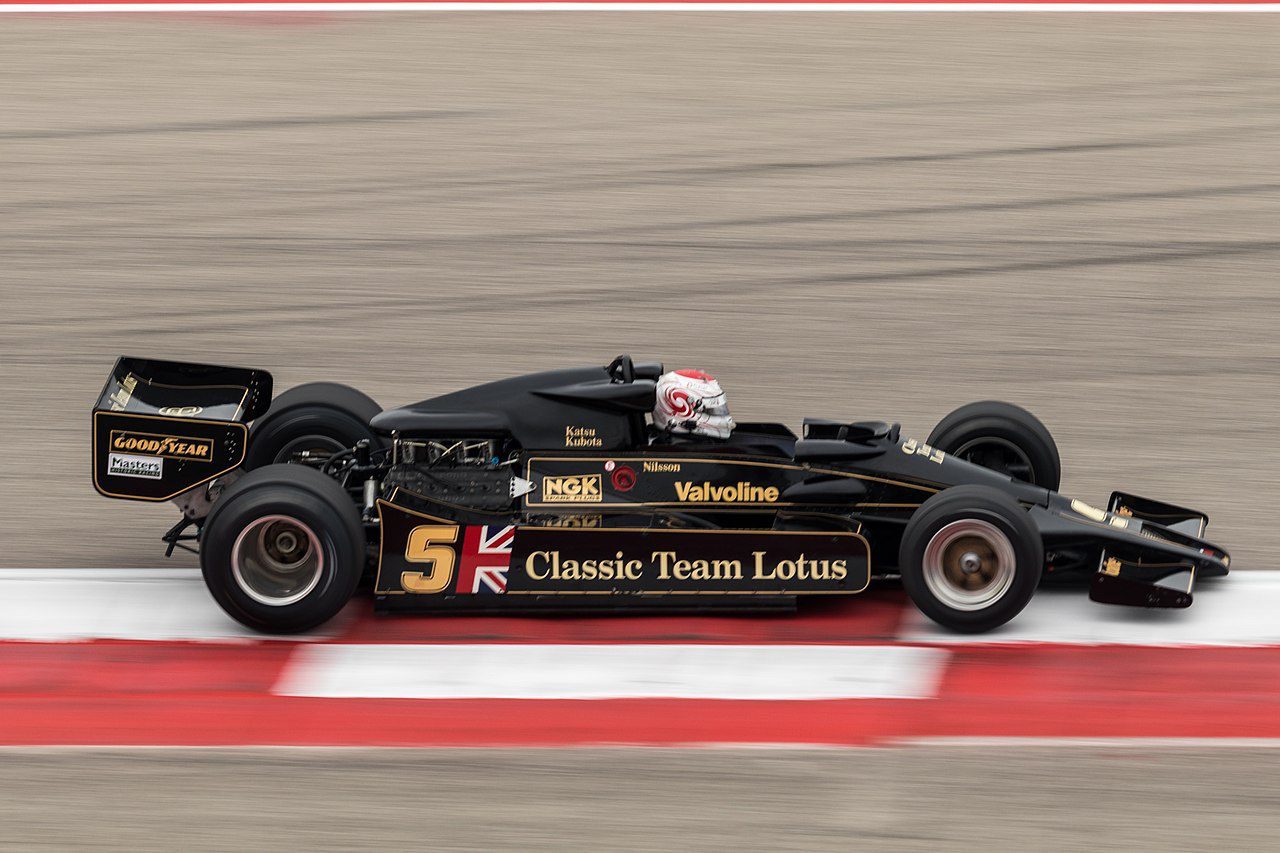 The legendary 1977 Lotus 78 Formula One car. Note the long side pod and the skirting along the lower edge, and the shockingly low rear wing. Via Wikimedia Commons.

What made the Lotus 78 a subject of instant fame and scrutiny was that it had moving skirts along the lower edges of its sidepods, between the front and rear wheels. It also had a very pronounced and high exit from its underbody, and the rear wing was low and long, instead of up in the air. There were also strange vents and a prolonged air intake behind the front suspension.

This was the first car to use ground effects—and throughout 1977, in the hands of drivers Gunnar Nilsson and Mario Andretti, the Lotus 78 won 5 races, making the podium on two other occasions. This made other teams want to know why the cars were so fast, and able to corner so hard.

In a bit of brilliant deception, Chapman would come up with all sorts of crazy-but-viable explanations that obfuscated the real reason that the car was so fast: Bernoulli’s Principle and the Venturi Effect.

Let us be clear: there are some incredibly complex physics and math that go into fully picking apart how ground effects work. There are different

Did you miss our previous article…
https://www.mansbrand.com/10-years-of-settrington-cup-at-goodwood-revival/

The Best Italian Sports Cars of All Time